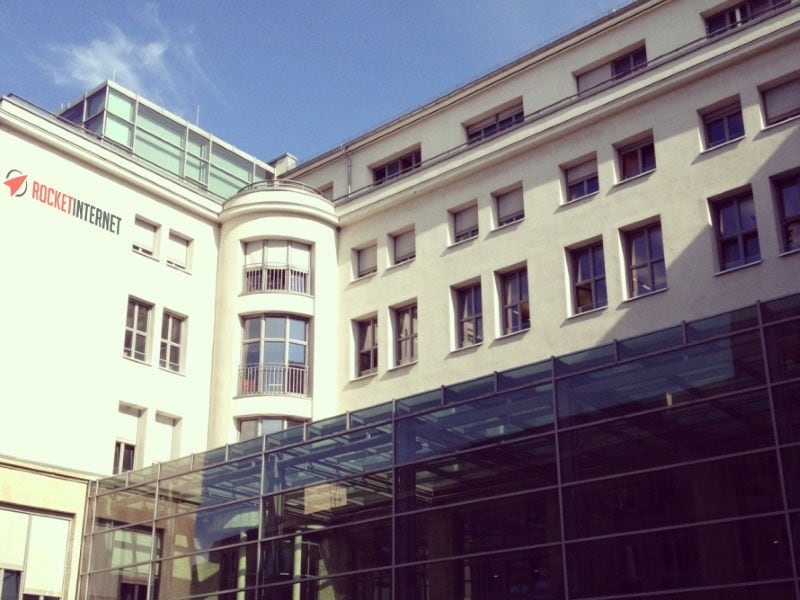 The company published updated valuations for its major holdings, totalling EUR 3.7 billion ($3.9 billion), down from 5.1 billion in September, but it left out details for businesses it had previously included, reviving questions among analysts about its transparency.

Founded in Berlin in 2007, Rocket has built up dozens of businesses, ranging from fashion e-commerce to food delivery, in an attempt to replicate the success of Amazon and Alibaba in new markets.

As it seeks to prepare the startups for stock market listings and respond to investor concerns about mounting losses, Rocket has shifted its focus towards turning its businesses profitable, even at the expense of slower revenue growth.

Chief Executive Oliver Samwer, speaking to journalists after the company's results on Wednesday, reiterated a pledge to make three startups profitable by the end of 2017 but declined to comment on plans for any imminent listings, saying that would depend on market conditions.

Rocket's shares, which have fallen more than a third this year after it cut valuations for several of its main businesses, initially rose after the results but then pared gains to trade flat by 1249 GMT.

"With weak business momentum, opaque funding structures, concerns over the ability for portfolio companies to scale profitably and the ongoing risk of downrounds in portfolio companies, we remain sellers of Rocket Internet," he said.

Rocket has been forced into a number of so-called downrounds, cutting valuations for several start-ups when raising new funds, most recently for Home24.

In Wednesday's results, Rocket said that aggregate revenue of selected companies grew by 31 percent to EUR 1.58 billion ($1.7 billion) in the first nine months of the year, a slight slowdown from 32 percent in the first half.

Sales growth fell fastest at HelloFresh, Rocket's biggest investment and seen as one of the most likely candidates for an initial public offering. However, it trimmed its losses thanks to improving scale in logistics and marketing.

HelloFresh third-quarter sales rose 72 percent, almost half the growth in the previous quarter. Rocket said the slowdown was down to customers pausing subscriptions for its recipe and ingredients boxes when they went on holiday.

Home24 slowdown
Revenue growth at Home24 ground dried up in the third quarter, which it said was because of a seasonal slowdown in furniture sales during the summer, but it managed to reduce its losses.

The higher-end home furnishings site Westwing revived its sales growth and narrowed its loss as it improved processes and efficiency in areas such as logistics and customer care.

Rocket's aggregate adjusted earnings before interest, tax, depreciation and amortisation (EBITDA) margin improved to a negative 17.5 percent in the first nine months from negative 34.4 percent a year ago. The first-half margin was a negative 16.7 percent.

The company also said that it has 2.7 billion euros of cash still available after pledging that the 1 billion euros it burnt through in 2015 will mark a peak for losses.