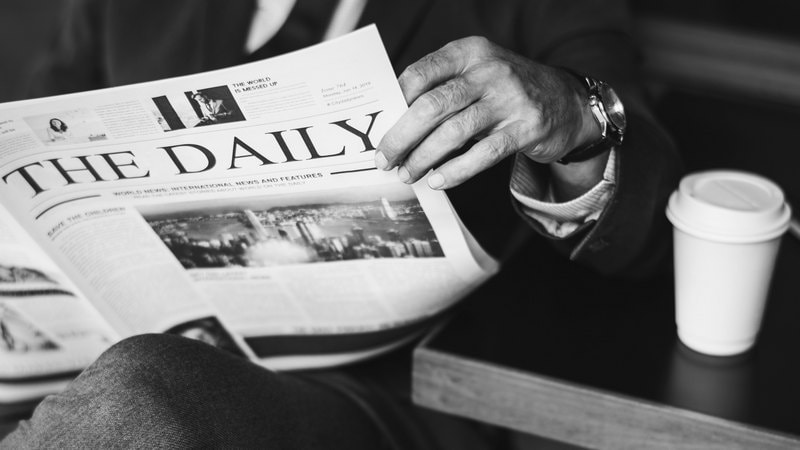 A text-generating "bot" nicknamed Tobi produced nearly 40,000 news stories about the results of the November 2018 elections in Switzerland for the media giant Tamedia - in just five minutes.

These kinds of artificial intelligence programs - available for nearly a decade - are becoming more widespread as news organisations turn to them to produce stories, personalise news delivery and in some cases sift through data to find important news.

Tobi wrote on vote results for each of Switzerland's 2,222 municipalities, in both French and German, for the country's largest media group, according to a paper presented last month at the Computation + Journalism conference in Miami.

A similar automated program called Heliograf has enabled The Washington Post daily to cover some 500 election races, along with local sports and business, since 2014.

"We've seen a greater acceptance of the potential for artificial intelligence, or robo-journalism, in newsrooms around the world," said Damian Radcliffe, a University of Oregon professor who follows consumer trends and business models for journalism.

"These systems can offer speed and accuracy and potentially support the realities of smaller newsrooms and the time pressures of journalists."

News organisations say the bots are not intended to displace human reporters or editors but rather to help free them from the most monotonous tasks, such as sports results and earnings reports.

Jeremy Gilbert, director of strategic initiatives at The Washington Post, said Heliograf was developed as a tool to help the newspaper's editorial team.

"The Post has an incredible team of reporters and editors and we didn't want to replace them," Gilbert told AFP.

'Is this something we can automate?'
Gilbert said the bot can deliver and update stories more quickly as they develop, allowing reporters to concentrate on other tasks, and that reaction has been generally positive.

"The surprise was that a lot of people came up and said, 'I do this story every week; is this something we can automate?'" Gilbert said.

"These weren't stories that anyone wanted to do."

Similar conversations are going on in newsrooms around the world. The Norwegian news agency NTB automated sports reports to get match results delivered within 30 seconds.

The Los Angeles Times developed a "quakebot" that quickly distributes news articles on temblors in the region and also uses an automated system as part of its Homicide Report.

The Associated Press has been automating quarterly earnings reports for some 3,000 listed companies, allowing the news agency to expand from what had been just a few hundred, and this year announced plans with its partner Automated Insights to deliver computer-generated previews of college basketball games.

Bloomberg's computerised system called Cyborg "dissects a company's earnings the moment they appear" and produces within seconds a "mini-wrap with all the numbers and a lot of context," editor-in-chief John Micklethwait wrote last year, noting that one-fourth of the agency's content "has some degree of automation."

France's Le Monde and its partner Syllabs deployed a computer program that generated 150,000 web pages covering 36,000 municipalities in the 2015 elections.

One advantage of using algorithmically generated stories is that they can also be "personalized," or delivered to the relevant localities, which can be useful for elections and sports coverage.

The Atlanta Journal-Constitution used a data journalism team to uncover 450 cases of doctors who were brought before medical regulators or courts for sexual misconduct, finding that nearly half remained licensed to practice medicine.

The newspaper used machine learning, an artificial intelligence tool, to analyse each case and assign a "probability rating" on sexual misconduct, which was then reviewed by a team of journalists.

Studies appear to indicate consumers accept computer-generated stories, which are mostly labelled as such.

A report prepared by researcher Andreas Graefe for Columbia University's Tow Center said one study of Dutch readers found that the label of computer-generated "had no effect on people's perceptions of quality."

Robot apocalypse?
Even though journalists and robots appear to be helping each other, fears persist about artificial intelligence spinning out of control and costing journalists' jobs.

In February, researchers at the nonprofit centre OpenAI announced they had developed an automatic text generator so good that it is keeping details private for now.

The researchers said the program could be used for nefarious purposes, including to generate fake news articles, impersonating others online, and automate fake content on social media.

But Meredith Broussard, a professor of data journalism at New York University, said she does not see any immediate threats of robots taking over newsrooms.

She said there are many positive applications of AI in the newsroom, but that for now, most programs handle "the most boring" stories.

"There are some jobs that are going to be automated, but overall, I'm not worried about the robot apocalypse in the newsroom," she said.