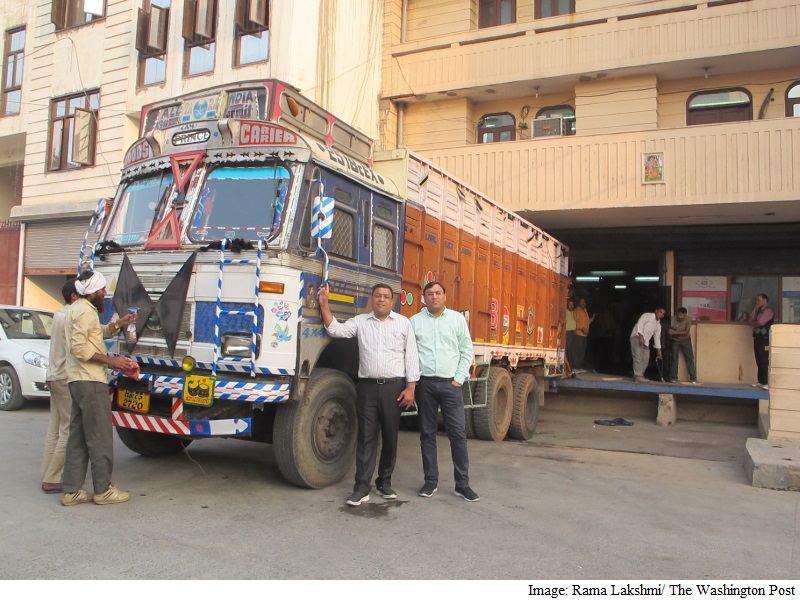 In a sprawling wholesale market of timber, glass and marble, businessman Amit Gupta supervises workers loading sheets of glass on trucks for builders across India - his family business for five decades.

As plumes of sawdust float up, Gupta says he wants to play a role in the new economy. For the past year, he's been reading newspaper stories about the booming startup culture, with millions flowing in from venture capitalists and nerdy graduates of India's tech universities becoming millionaires overnight.

About $6.5 billion (roughly Rs. 43,424 crores) has been invested into startups this year, up from $2.2 billion (roughly Rs. 14,697 crores) last year, according to the National Association of Software and Services Companies, an industry group. Three to four tech startups are born every day in India, it says.

Gupta's family has for years invested in land. But this year they decided to take $700,000 and invest in startups.

"India is going to change in a dramatic way, and startup companies are going to drive the change," Gupta, 40, said.

Two decades of India's information-technology success and the large pool of English-speaking engineers have created a fertile ground for e-commerce companies and innovative tech startups. Angel investors and venture capital funds are mushrooming.

Investment in startups is a new trend among affluent Indians, triggered by the Silicon Valley-like successes of a number of startups in the past year.

Many Indians who traditionally invested in land, art, gold and stock markets are beginning to invest in startups, said Sunil Goyal, founder of Your Nest, a venture capital fund in Gurgaon, a suburb of New Delhi. This year, his firm has 140 such new investors, up from 35 in 2012.

It's also a risky proposition - far more unreliable than a cache of gold or land. Even as Indians are celebrating the new millionaires, there are signs that at least its fledgling e-commerce companies are overvalued and the market may be slowing soon. In recent weeks, some restaurant and food delivery startups laid off hundreds of employees.

"Investment activity in startups is at an all-time high now. But it is also risky," said Arun Natarajan, head of research service Venture Intelligence, in Chennai. Only three of 10 startups are likely to be super-successes, he said.

But for now, Indian and international investors are tempted by the sheer size of India's market - with a rising middle class and increasingly global outlook. At over 350 million, India has the third most Internet users in the world, after the United States and China. Most of them are using the Web on mobile devices. That number is expected to grow to 580 million people by 2018.

In recent months, India's government, led by tech-savvy Prime Minister Narendra Modi, has launched a new initiative called "Start Up India, Stand Up India." Authorities have set up a $300 million fund for startups and eased restrictions on Indians abroad who want to invest in venture capital funds here.

The success in China of companies such as Alibaba has inspired many to say that India is the next big consumer Internet market, said Nandan Nilekani, a leader in India's IT sector, and co-author of the new book "Rebooting India: Realizing A Billion Aspirations." Players are emerging that are unique to India - such as RailYatri, which helps riders navigate the Indian rail system.

Some entrepreneurs are also cashing in on social and cultural changes underway in urban India.

One of them, Vishal Gupta, became a parent a few years ago, and noticed urban Indian families were changing. More couples were living far from home instead of in the traditional extended family system - where generations live together.

Hoping to tap into that market, Gupta (who is not related to investor Amit Gupta) launched a portal called mycity4kids.com to help parents connect with other parents, schools, nannies and local events.

The success stories are hard to miss, especially in Bengaluru, a fast-growing startup hub. Entrepreneurs are trading up from apartments to villas, said Harish Bijoor, a brand consultant who surveyed the industry.

The e-commerce company Flipkart, an Indian version of Amazon, attracted $1 billion (roughly Rs. 6,680 crores) from investors, including the New York-based fund Tiger Global this year. The company is worth $15 billion (roughly Rs. 1,00,209 crores) today, and its two owners are featured in the Forbes India list of billionaires.

Another buzz-creator this year was Vijay Shekhar Sharma, 37, the founder of Paytm, a mobile payment company that was funded with $680 million (roughly Rs. 4,542 crores) from Alibaba and its affiliate.

Sharma said a lot has changed since he launched his first startup in 2001. Back then, it took him four years to raise $12,000 from a "friend of a friend."

He's a mini-celebrity now and gets swarmed at restaurants by young people asking for selfies.

Yet some investors, fearing an overheated market, have begun to proceed a bit more cautiously. Aditya Misra, co-founder of Focus, a new Mumbai startup, said he "could sense that pragmatism is setting in" when he last met with investors to pitch his new product.

The pitch was for new software that lets apps locate and alert customers about deals when they are near a store, kind of "like a Google map when you are indoors" he said.

"We thought the whole discussion would be about our innovative ideas,'' he said, but instead there were many questions about users, clients, revenue and metrics for growth. "They were excited but did not want to be irrational.''

Gupta, the investor, says he is aware of the risks.

"We are not looking to make a quick buck. We want to be part of what's new," Gupta said. "As my father said to me last month: 'I took risks and created this glass business 50 years ago. Now you need to create something new for your children, too.' "