Reddit Turns 10 - Do You Know the Front Page of the Internet?

Reddit turned 10 on Tuesday, joining YouTube (beta launch May 2005), Facebook (February 4, 2004), and Gmail (April 1, 2004) in the double digits. The other thing that Reddit has in common with those other sites is that it has steadily become an Internet phenomenon; it's one of the most popular sites today, and largely lives up to its boast of being the "front page of the Internet."

As anybody who's spent a little time on Reddit can tell you, that's where people first find the stuff that'll get reposted to Facebook, Twitter, and even some popular websites that can mine material for their listicles from here. But is that a good reason to become a Redditor?

After 10 years, Redditors themselves are still a difficult, clannish set of people, and this can make Reddit a little unwelcoming towards newcomers. But in the last decade, it's also been a place where real friendships have formed, and amazing conversations have happened.

For creators and artists, Reddit is probably the best and fastest way to engage with the audience, without any filters. The system of upvoting quality content to make it more visible and downvoting poor content until it disappears means that you'll regularly find new and interesting things to read about on the site. Funnily enough, according to Reddit's blog post, the first ever Reddit submission by founder Alexis Ohanian was downvoted by founder Steve Huffman.

By now, there's a total of 190 million posts, 1.7 billion comments, and 36 million users on Reddit, spread across over 850,000 subreddits. The scale of the site is tremendous, and the volume of content being shared means that there's really something for everyone.

That's a far cry from its start in 2005, when it was created as a dorm-room project by Huffman and Ohanian, who were both 22-year-old students at the University of Virginia. By the end of the year, Christopher Slowe was on board, and Aaron Swartz merged his company with Reddit in early-2006. Soon after, Reddit was acquired by Conde Nast as a subsidiary, though it still operates as an independent entity.

But perhaps what makes Reddit such an interesting place to be is that it is a pseudonymous social network. When you join, you create a username, and that's the only identity the site offers. It doesn't try to connect you to your friends - instead, you're taken to the front page, which shows the top content from subreddits, discussion boards within Reddit that have their own topics and guidelines.

Subs can range from places to discuss Game of Thrones or Community, to boards where you'll get health and fitness tips, or (this is the Internet after all) naked pictures of your favourite celebrities. That last one got Reddit lots of negative attention in 2014, after it became one of the hubs for distributing leaked nude images of celebrities. Reddit cracked down on this though, and has in the past removed other subs that became too objectionable, including r/creepshots - which collected photographs (often close-up shots of certain body parts) of women taken without their consent - and more recently, the r/fatpeoplehate sub, which was dedicated to hating fat people.

Subs like these could exist and even flourish, because of the pseudonymous nature of Reddit. Of course, that doesn't mean that everything on Reddit is problematic.

Its r/IAmA (I Am A) sub for example started off as a great place to hear from a butcher or an EMT and learn about the intricacies about their jobs, but over time has become a hub for famous people to connect with their fans. These interactions, called AMAs (Ask Me Anything), are probably how most non-Redditors first come across the site. It's a chance to literally ask just about anything and there's a pretty good chance that your question will be answered too - even if you're asking whether people would rather fight one duck the size of a horse, or 100 horses the size of ducks. 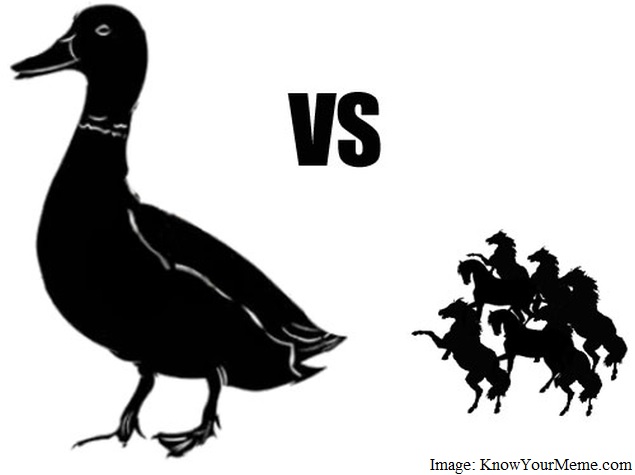 If the question catches the eye of the community, it will be upvoted into a prominent position and very likely answered, if the person at the other end is a good sport anyway. It's no surprise that these celebrities end up getting a huge audience for their posts, and the second most viewed post on Reddit is actually an AMA (Ask Me Anything) with US President Barack Obama.

Of course, since this is Reddit, the most read post is an AMA with a guy who has two penises. It was a pretty interesting discussion actually, while the Obama interaction was more like a press event with lots of canned responses. Another celebrity/ politician who does great AMAs is Arnold Schwarzenegger, who willingly recorded audio clips for fans, and also frequents r/fitness where he's given people exercise advice. It's not a place to just give canned responses to questions and just heavily promote your latest project, as the PR teams for both Woody Harrelson, and Priyanka Chopra probably learned.

The other reason why Reddit can be a very interesting place is because the content you see is not limited to the people who are your friends, or whom you follow. Instead of limiting content to matter shared by your connections, it restricts content by interests, and if you are on the Front page or r/all then you'll go beyond your filter bubble right away. The most interesting content will get upvoted and be visible to you, and that means that it can attract the attention of the entire userbase.

Ask a question on Facebook or Twitter and one of your contacts will need to know the answer. Ask a question on Reddit, and everyone there has a chance of seeing it - and that means that you'll get historians, scientists, blacksmiths and actual astronauts talking about their own experiences, sharing insights that you'd normally never get. The pseudonymous nature of the network means that proof can get a little tricky, but someone else who knows the subject will be there to call out bullsh*t.

Reddit has also been the home to some really interesting artists too; users like u/shitty_watercolour and u/poem_for_your_sprog used Reddit as a place to have fun and practiced their work, then gained attention, and as it happens, the latter user published his first original collection on Tuesday. Rome, Sweet Rome is an alternative history military science fiction story that was started on Reddit, and the rights to the film adaptation of the story wound up with Warner Bros.

Ironically, 9 years ago, when Reddit started supporting comments, the very first comment by user u/charlieb was him complaining that Reddit is turning into Digg. Even as Reddit turns 10, much of the conversation on the site, about the site, talks about how it's turning into something else, and how it's going to ruin the community forever. People were complaining five years ago that the frontpage used to be dominated by programming articles, and now it's become movies and celebrity nonsense. People were complaining about the exact same thing five days ago too. Oh, and despite the horrors that commenting introduced, /u/charlieb is still around as well.

Further reading: AMA, Facebook, Gmail, Internet, Reddit, Social, Social Networks, Upvoted, YouTube
Gopal Sathe Email Gopal Gopal Sathe is the Editor of Gadgets 360. He has covered technology for 15 years. He has written about data use and privacy, and its use in politics. He has also written extensively about the latest devices, video games, and startups in India. Write to gopal@ndtv.com or get in touch on Twitter through his handle @gopalsathe with tips. More
Google Play Music v6.0 Changes, New Features in Calendar for iOS, and More
Snapdeal Says Sebi's New Listing Norms Will Benefit Companies Like It