Prince Had a Complicated Relationship With the Internet 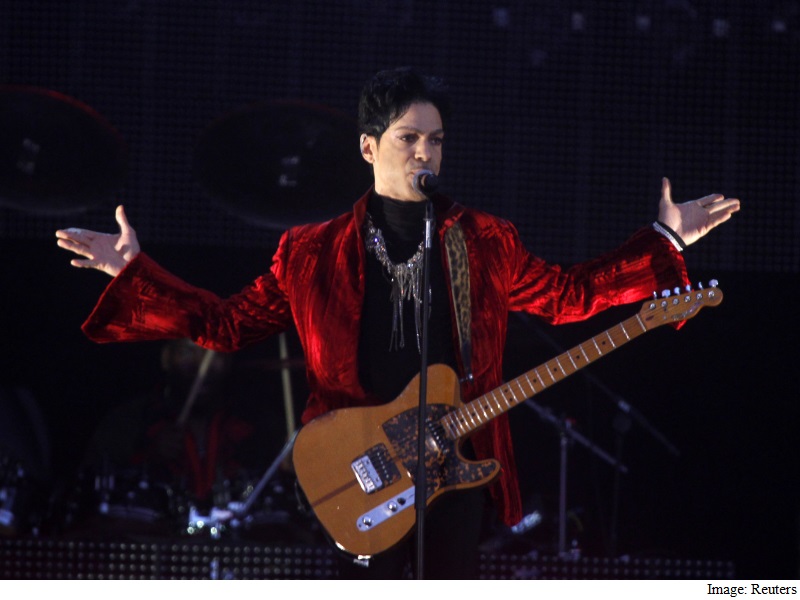 People tend to look at a couple of things when considering what relationship Prince, who died Thursday, had with the Internet: His 2010 declaration that the "Internet's completely over," maybe, or the fact that it's nearly impossible to listen to his music on Spotify. Or his aggressive use of takedown notices and lawsuits to keep bootlegs of his performances from the Internet. All of these things are true, and they're all important. But it's not the whole story.

When Prince said the Internet was over, he says he mainly meant as a revenue stream for musicians like him, and in 2013 Prince told the Guardian that the three years since had proved him correct. "Tell me a musician who's got rich off digital sales. Apple's doing pretty good though, right?"

He didn't always feel this way: As much as Prince famously became known as one of its antagonists, he was also famously one of the Internet's early adopters. Prince let his fans buy the 3-CD set "Crystal Ball," directly from him, over the Internet, in 1997. Instead of traditional liner notes, the album had a Web page. But even that got complicated: a year later, fans who'd waited months for their delayed copies of the pre-ordered album were dismayed to discover that what they thought was a direct-order exclusive was actually being sold in stores, too, even before some fans got their copies in the mail.

The entrepreneur and technologist Anil Dash, in a poignant tribute to Prince on Twitter on Thursday, noted that despite the imperfection of "Crystal Ball's" release, the fact that he did it at all is itself significant. "Prince crowdfunded an album on the Internet, complete w/ Kickstarter-style late delivery to angry fans, 20 YEARS AGO. Your fave could never," he tweeted.

"Perhaps one of his best (characteristically overwrought) quotes was: "If you don't own your masters, then your masters own you." Control," Dash then tweeted.

NPR recently published another excellent look at Prince's long and winding relationship to the Internet. In that piece, here's how one professor described the ways in which Prince's early regard for computers is woven through decades of his work:

'"From the very beginning, Prince had always been interested in computers and how an artist might use them,' says Berklee professor and Prince fan Ben Houge. Songs like 'Something In The Water (Does Not Compute)' (1982) and 'Computer Blue' (1984) were early examples right there in his music; in the Internet era there are tracks like 'Emale' and 'My Computer' (both 1996). The latter's lyrics are even prescient of social media: 'I scanned my computer, looking for a site. Somebody to talk to, funny and bright.'

"Later, he used the available technology to create 'experiences,' not merely albums, that were more than just music, combining sound, visuals and a sense of interactivity. The liner notes for 1997's 'Crystal Ball,' specifically cited by the Webby Awards, were presented as a web page, which was unique at the time. Professor Houge argues that Prince is sensitive to everything that is part of a musical experience. 'Of course it's incredibly convenient to have music instantly accessible on a streaming service, but so much information is lost,' he says. 'Not only textual information like credits, lyrics, bios and essays but also visual information like photos, font, layout and graphic design, so many things that convey an important extra-musical dimension to an artist's vision.'"

The Webby award reference marks another interesting note about the Internet's regard for Prince. He won a lifetime achievement award from the Webbys in 2006. "Prince's leadership online has transformed the entertainment industry and reshaped the relationship between artist and fan," the Webbys wrote of Prince.

Eventually, Prince seemed to come around more to what the Internet was becoming, even as his reputation as an aggressive copyright enforcer remained. He threw his name behind Tidal. He named a new song after the #thiscouldbeusbutyouplayin meme. When Prince first joined Twitter in 2013, it was superlative and strange and self-aware. According to Time, he briefly posted a link to a snippet of a new song with the message, "CATCH THIS NOW B4 MY LAWYERS DEW."

But however complicated Prince's long history with the Internet may be, one thing about it isn't: Seconds after the confirmation of his death, the Internet erupted in countless acts of mourning.