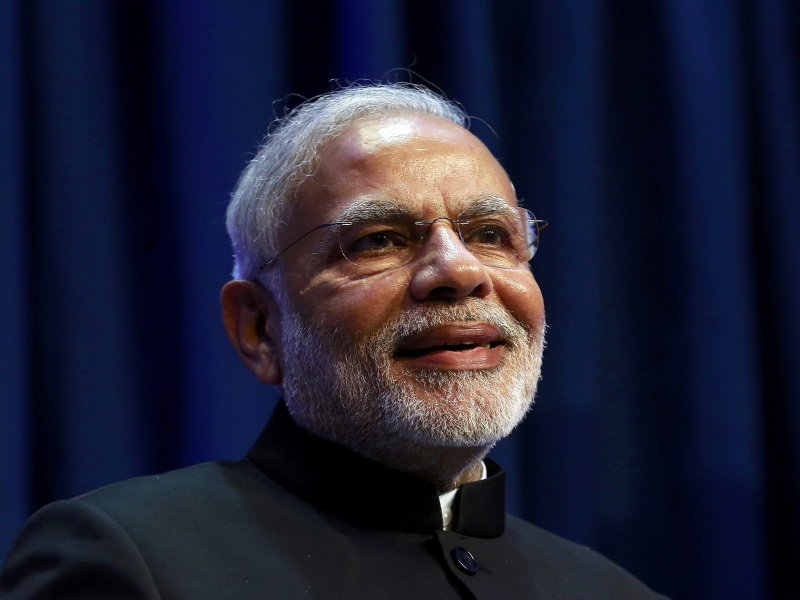 He has 30 million fans on Facebook and tweets multiple times a day but as Narendra Modi visits Silicon Valley this weekend, it is Indian technology that will be centre-screen.

India's social media-addicted prime minister is looking to tap investors' pockets on the trip and win support from the Valley giants to burnish his Digital India campaign.

"India is emerging as a hub of start-ups in a wide range of areas and we aspire to take this further," Modi wrote on Facebook. "We want the world to see our innovation capabilities in the start-up sector."

America's technology titans have rolled out the welcome mat, with meetings at Apple, Facebook, green carmaker Tesla and Google, while leading Indian entrepreneurs will present themselves to investors.

Modi is set to fly to California after attending the UN General Assembly in New York, where he is expected to meet US President Barack Obama on the sidelines.

It is the first visit to the West Coast by an Indian PM since 1982 - two years before the Apple Macintosh went on sale - and comes at a bright moment for homegrown talent, with India-born CEOs running Microsoft, Google and Adobe.

Feverish speculation has hit the domestic press over possible announcements, with some suggesting Modi may seek a deal for Tesla's solar batteries as part of a renewable energy plan to ease power shortages.

"What better way to accelerate the progress than to build strong ties with the technology capital of the world: Silicon Valley?" he said.

Digital India?
India is simultaneously a technology leader and laggard, with the world's fastest growing start-up scene, according to software industry body Nasscom, and armies of highly skilled IT workers in southern Hyderabad and Bangalore.

It also has almost a billion citizens still not online, many in impoverished rural areas, posing an opportunity and a huge challenge for the government and companies.

Hi-tech fan Modi has appeared at rallies in hologram form, has his own smartphone app and in March implored IT industry leaders to ask why India had not produced a Google.

Yet his technological fervour has made little dent in the country's paper-heavy bureaucracy, with GE leader Jeffrey Immelt this week lamenting that it requires "17 stamps on each document officially in the digital age".

"It is too early to judge (the progress of Digital India). So far it's largely hype and wishful thinking," Stanford's Wadhwa said.

Technology firms have also suffered problems, with Google under investigation by India's competition regulator and a Facebook project, Internet.org, criticised for only allowing selective web access.

In addition, about 70 percent of Indian Internet users get online via a smartphone, many on sluggish 2G connections, creating a unique challenge.

"Silicon Valley had better adapt and innovate for that market or lose," an insider at one major US technology company said.

'Investment flowing'
US investors have paid relatively scant attention to Indian startups in the past, but entrepreneurs on the ground say this is changing.

"Since the prime minister has taken over there's already a lot more investment that has been flowing into the country," said Prukalpa Sankar, co-founder of SocialCops, which uses data to tackle social problems.

Her two-year-old company has already drawn funding from Google India's managing director and is taking part in the visit to gain exposure.

"Indian entrepreneurs are excited at being taken seriously perhaps for the first time," Geetika Dayal, executive director of The Indus Entrepreneurs network in Delhi, told AFP.

Entrepreneurs from India far outnumber all other immigrant groups at the helm of US startups, data from the Kauffman Foundation shows, and a Modi-led reception for the diaspora in San Jose has seen 45,000 people sign up.

Although Indians have long thrived in the Valley, observers point to a so-called reverse brain drain as a steady flow of American-educated entrepreneurs return home.

"There are opportunities here in India and they don't want to miss the boat," said Rajat Tandon, vice president of Nasscom.