PewDiePie Waged a War Against His Critics. When He Tried to Make Peace, His Fans Rebelled.

PewDiePie this week donated $50,000 to the Anti-Defamation League, an organization that has condemned him in the past. 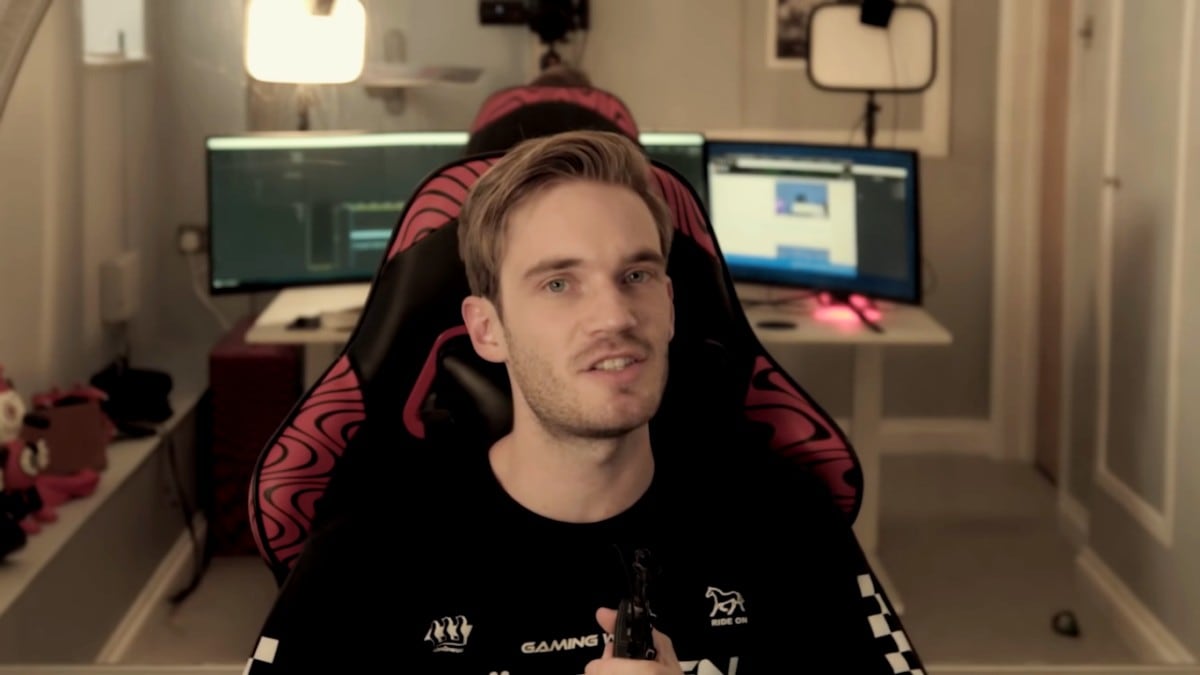 Longtime YouTubers are among the first to know what it means to mature in real-time on the Internet. It means constantly reckoning with what you've done online, which is liable to resurface and make the rounds on Twitter, prompting a new cycle of self-searching apology videos that have become a predictable genre unto themselves.

No one has epitomized this cycle more than PewDiePie, a.k.a. Felix Kjellberg, a.k.a. YouTube's biggest star, who celebrated reaching 100 million subscribers this week by donating $50,000 (roughly Rs. 35,60,000) to the Anti-Defamation League, an organisation that has condemned him in the past for making Nazi jokes in his videos, which they said at the time was helping to put anti-Semitic rhetoric into the "mainstream."

The announcement of the donation prompted conspiracy theories and angry memes from some of his fans, who claimed without evidence on Twitter, Reddit, and in the comments of his video that the star must have been blackmailed into making the donation. And it prompted Kjellberg to issue a statement that simultaneously blamed the media for his earlier troubles, denied the blackmail memes, and said that he was finally ready to take responsibility for the immense power that comes with being famous online.

In the traditional cycle of celebrity controversy, big donations to charities are usually a move born of a crisis PR push, meant to help a star crawl out of online outrage and bad press and back into more lucrative work. But Kjellberg's donation came at a moment of celebration: he'd reached a subscriber milestone no other individual YouTuber has achieved. His 100 million subscriber video hinted that some corporations have begun to forgive him for his controversies: he read a congratulatory letter from YouTube CEO Susan Wojcicki on camera, the video itself was sponsored by Honey, a browser extension for coupon codes that sponsors many major YouTubers.

The controversy cycle has inverted with Kjellberg, where the donation itself prompted him to once again reckon with the worst parts of his fan base, the ones who watch him because of the behaviour he now appears to be trying to leave behind.

"After the Christ Church Travesty a few months ago," Kjellberg wrote on Twitter, he's tried to take his role as a star more seriously. He was referring to the mass shooting at multiple New Zealand mosques this year, where a gunman live-streamed the massacre and told his viewers to "subscribe to PewDiePie."

"I'm not OK with this situation any longer and I've felt responsibility to make changes," he wrote in the tweeted statement. "Making a donation to ADL doesn't make sense to everyone, especially since they've outright spoken against me. I wanted to show publicly that I can move past it and move on."

What kind of responsibilities does Kjellberg believe he has? In a video announcing the ADL donation, he alluded in a general way to the idea of making errors and taking responsibility: "I made a lot of mistakes on the way but I've grown. I feel like I have at least. and I feel like I've finally come in terms with the responsibilities I have as a creator. 100 million subs too late," he said, laughing a bit for emphasis, "but, you know."

Kjellberg has always been good at understanding how the boundaries of online power can be reconfigured strategically. He can mobilize his "army of 9-year-olds" (the tongue-in-cheek nickname he gives his fan base) to donate large amounts of money to charity, if that's what he wants. If he wants to frame himself as the besieged victim of a powerful army of media bullies, he can do that, too - even if the siege amounts to the scrutiny that tends to come people who wield the kind of power and influence that PewDiePie has amassed.

His fans are happy laying the blame for PewDiePie's worst moments entirely on the people who criticize him. Such is the privilege of the world's most famous YouTuber.

His journey to that rarefied perch began several years ago, when he became famous for playing video games and reacting to them - a genre of entertainment that is both popular and the subject of endless mockery. ("You mean, you just watch someone else play a video game," you say? Yes, millions do, and PewDiePie's videos are often entertaining.) In 2017, Kjellberg became a symbolic figure in the culture war over "political correctness," after a Wall Street Journal article called out his deployment of edgy Nazi jokes. A number of major companies cancelled their lucrative business deals with him. Kjellberg soon began waging an endless war of his own against YouTube itself and the mainstream media.

Kjellberg's controversies tend to end with a shift of blame, where the scrutiny of Kjellberg becomes more damnable than whatever he did to attract scrutiny in the first place. Last year, Kjellberg recommended a channel to his fans that contained anti-Semitic content. A journalist reported on it. PewDiePie's fans attacked the journalist.

He's also cycled through moments of contrition for his actions before, as well. In 2017, Kjellberg used the n-word in a video, in anger, something he later said there was no excuse for. "I know I can't keep messing up like this," he said in an apology at the time. "I owe it to myself and to my audience to do better than this, because I know I'm better than this." PewDiePie has said before that he is not what the media makes him out to be. But PewDiePie, not Felix Kjellberg, exists online only as the sum total of what he's actually said, and done.

As Kjellberg has adopted the media and "political correctness" as his enemies, he's attracted the attention of figures like Jordan Peterson and Alex Jones, whose rhetoric about PC bullies and the establishment sounds a lot like his. (Kjellberg once recommended Peterson's book to his fans; he has stayed silent about others, and has condemned white supremacist support.) New fans have come along for the ride, hoping that PewDiePie will, intentionally or not, "redpill" his entire fan base and persuade them to join a political crusade.

Which brings us to Kjellberg's $50,000 donation to the ADL, his acknowledgment of his own responsibilities and the conspiratorial outrage he encountered as a result. The episode shows just how difficult it will be for Felix Kjellberg, maturing adult, newly married, to untangle himself from PewDiePie, young Internet antihero, and the army that has grown to encircled him and salute him as their general.

Since Christchurch, Kjellberg's behaviour has suggested that he more deeply understands the war he began fighting two years ago. He's stepped back from making angry, anti-PC commentary videos and found joy in playing Minecraft. He's gone back to his roots as a way of growing up.

If this is where the process of maturing takes Kjellberg, then the real test of his power will come when the worst parts of PewDiePie's erstwhile "army of 9-year-olds" - however old they might be - lose their minds when their leader appears to surrender the fight.