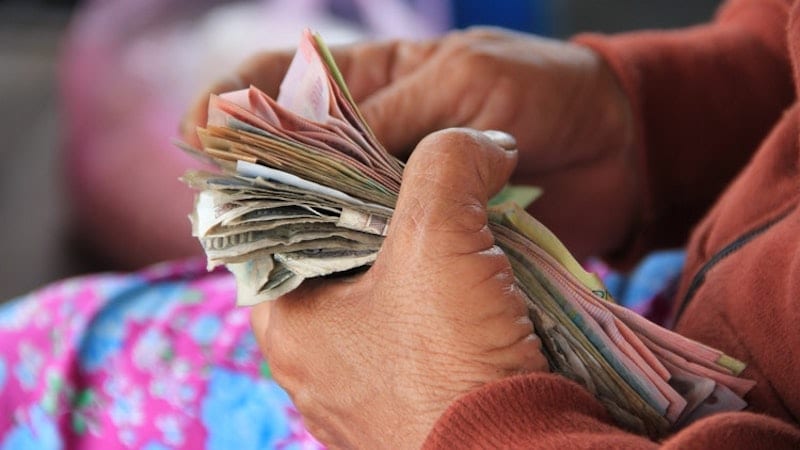 While people mostly think of payments and wallets when we hear the word fintech, credit has been growing in importance as well. Data that's available online can help companies - particularly payments companies that already have a trove of user data - to make more informed decisions about loans, and issue credit in real time. It's been on the roadmap for companies like Paytm for long, and others like MoneyTap have been able to offer a line of credit up to Rs. 5 lakh - although the social indicators that it relies on still lead it to rejecting the majority of applicants.

At the other end of the spectrum, microcredit is gaining ground in the form of buy-now pay-later companies, like Simpl, or LazyPay, that give you credit in just a few thousands, to buy things online, pay for cabs, or order food. LazyPay is owned by PayU, which started as as one of the many wallets in India, but went on to become one of the bigger payment gateways here.

Last month, PayU launched a new service that falls at the other end of the spectrum, called Monedo, which offers loans from Rs. 8,000 to Rs. 100,000. One of the sectors where this has been very successful is education, where PayU Monedo has tied up with Byjus, Meritnation, Amity, and many other online and offline institutions. "It's an EMI solution," explains Shailaz Nag, MD, PayU, "If a customer comes to the website, he should get EMI on the fly, real time credit. It is available to people at the right time, at the right place, via PayU's distribution network."

You could be shopping on an e-commerce website, trying to book your holiday travel plans, or paying your fees for tuitions via a service like Byjus, and PayU could offer to convert the bill into an EMI on the stop.

The goal is to target people who are served by banks but don't use credit cards, because India is "debit card country," says Nag. "Credit card penetration is very low, there are only around 30 million credit cards and over 800 million debit cards. So the banking population who can make use of EMIs in India is very low."

Aside from that, many people with credit cards also don't want to use them to take EMIs, adds Gurjodhpal Singh, Senior Vice President and Business Head, PayU Monedo. "Before launching [Monedo] we did customer research, and what we found is that the credit card limit for people is also quite low," he adds. "People who are using the cards tend to use them for the household monthly expenses also, and if you take an EMI, then a big portion of your limit gets blocked on the card. So even consumers with a credit card are looking for other EMI options."

The actual product is quite straightforward. If you choose the EMI option, then you'll have to enter a few details (and it could just be your Aadhaar number, depending on what you're spending on - more on that in a bit) and then get started, with a minimal four to five clicks according to Nag. The way it works is a little more complex.

Like LazyPay and the microcredit platforms we've talked about earlier, there's a lot of data about the user that's being collected here, and that might make people a little uneasy. PayU has tried to integrate this service with the different sites it's available on, and it uses the data that these sites can provide in order to work out how much of a risk you are, and what kind of rates and repayment periods it can offer you.

This data is also used to populate as much of the forms as possible, which is why Onboarding could require as little as your Aadhaar number and an OTP confirmation. And of course, PayU itself has a rich store of data on users which it can run through its algorithms as well.

Interestingly, in the month and a half that it's been running, the numbers are looking good for PayU Monedo, according to Nag. The loans range from Rs. 8,000 to Rs. 100,000, with the largest loan approved so far being for Rs. 92,000. In the last month and a half, it has disbursed over 800 loans, amounting to Rs. 2.5 crore, with the average loan being roughly Rs. 30,000, and while the company didn't share the repayment figures, Nag says it's done well. "Repayment has been very good, and we're using machine learning to improve our performance, and to target better customers," adds Singh.

And what do people use this for? There are two main uses, according to Nag. The first is education, as parents need to make hefty payments upfront, which can be onerous. But the other category, that's almost as popular? "Buying mobile phones," says Nag.

So the next time you're wondering how someone picked up an iPhone X, this might be the answer.