Paris Attacks Reignite Privacy vs. Security Debate in the US 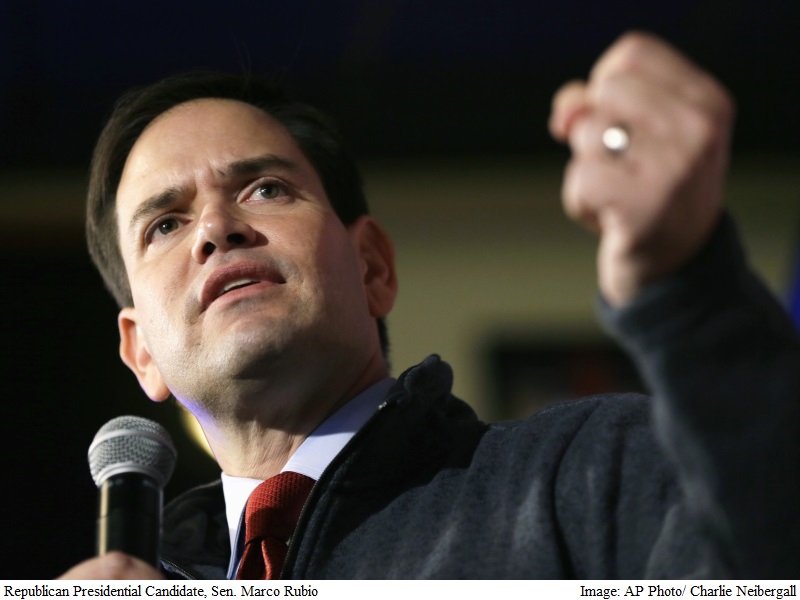 The Paris attacks have renewed debate on the US government's post-September 11 domestic surveillance laws, leading to efforts to revive the issue on Capitol Hill and handing Marco Rubio an opening against Ted Cruz in the Republican presidential race.

The two senators were on opposite sides earlier this year when Congress eliminated the National Security Agency's bulk phone-records collection program and replaced it with a more restrictive measure to keep the records in phone companies' hands.

Rubio, R-Fla., sided with top Republican senators in trying unsuccessfully to extend the existing program, saying that national security required it. Cruz, R-Texas, allied himself with Democrats and the few other Republicans who said the program amounted to intrusive government overreach with no security benefit and voted to remake it.

Now, with polls showing the public is growing more concerned with security after the Paris attacks this month that killed 130 people, Rubio is backing long-shot legislation aimed at keeping the intended changes from taking effect at month's end, as scheduled. He also needling Cruz, who is responding just as adamantly, as the two, rising in the presidential polls, escalate their direct confrontations.

"This is not a personal attack. It's a policy difference," Rubio said recently in an interview in Des Moines, Iowa. He said Cruz had joined with Senate liberals and the ACLU "to undermine the intelligence programs of this country."

"They do so under the guise of protecting our liberties," Rubio said. "But in fact you can protect our liberties without undermining those programs."

"I disagree with some Washington Republicans who think we should disregard and discard the constitutional protections of American citizens," he said. "We can keep this nation safe without acquiescing to Big Brother having information about every aspect of our lives."

The back-and-forth comes at a moment when Rubio and Cruz are nearing the top of the Republican field nationally and in key early voting states, though Donald Trump remains the front-runner. At the same time, a Washington Post poll conducted after the Paris attacks showed a jump in the percentage of voters favoring investigating terrorist threats over protecting personal privacy: 72 percent said the government should investigate threats even at the cost of personal privacy, and 25 percent said the government shouldn't intrude on personal privacy, even if that limits its investigatory abilities.

Speculation about how the suspects in the Paris attacks communicated is also raising calls for Congress to take new steps on surveillance and ensure government access to encrypted networks. It adds up to an atmosphere in which some of those on the losing end of the congressional debate this year now feel they have the upper hand.

"It's just astonishing to me how those advocates of ridding us of any government involvement in our lives have now become strangely quiet," said Sen. John McCain, R-Ariz. "Of course they've been proven wrong."

The Senate agreed to the USA Freedom Act this year only after GOP Sen. Rand Paul of Kentucky, who's also running for president but lags in polls, used Senate rules to force the most controversial aspect to expire briefly, in a showdown with the Senate leaders.

The Freedom Act remade that element of the Patriot Act - the bulk collection program, exposed by Edward Snowden, that allows the NSA to sweep up Americans' phone records and comb through them for ties to international terrorists. On Sunday, the NSA loses the power to collect and store those records. The government still could gain court orders to obtain data connected to specific numbers from the phone companies.

Following the Paris attacks, GOP Sen. Tom Cotton of Arkansas introduced a bill to delay the start date for the new phone records program until 2017 or until the president can certify that the new NSA collection system is as effective as the current one.

Rubio and Senate Majority Leader Mitch McConnell, R-Ky., are among the co-sponsors of Cotton's bill. Yet with Congress on recess, it won't get floor time ahead of the deadline, and Congress has few legislative days left this year. Aides say Cotton will keep focused on the issue next year.

Some lawmakers and advocates who strongly opposed the expiring Patriot Act provisions as an unwarranted government intrusion now accuse senators on Rubio's side of trying to capitalize on the Paris tragedy to reopen the debate.

"Within six weeks of 9/11 they passed the Patriot Act," said Rep. Thomas Massie, R-Ky. "And it's only natural they would try to do the same thing this time."