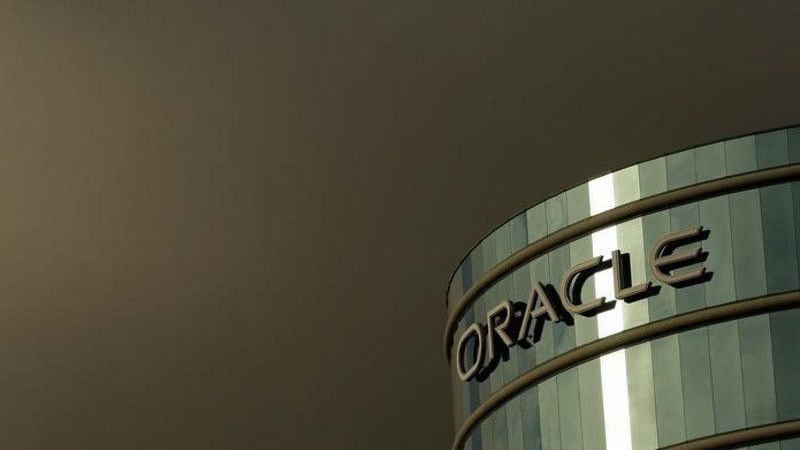 Global tech giants Oracle and Amazon have fired off early salvos in what is likely to become a protracted court battle over how the Pentagon should build advanced cloud-computing technology into its operations, the latest turn in a long-running dispute over the one of the biggest military IT procurements in years.

In a bid protest filed recently in the US Court of Federal Claims, Oracle argued the Defense Department's $10 billion (roughly Rs. 72,000 crores) cloud-computing contract, known as the Joint Enterprise Defense Infrastructure, or "JEDI" for short, has improperly favoured Amazon Web Services, the cloud-computing unit of Amazon.com.

Days later, Amazon intervened on the side of the government, making itself a defendant in the case. (Amazon founder Jeff Bezos also owns The Washington Post.)

The lawsuit comes just weeks after the Government Accountability Office ruled against an earlier bid protest by Oracle, which had taken issue with the Pentagon's approach.

Oracle is trying to undo a Pentagon decision to turn to a single cloud-computing provider for the JEDI contract, meant to enable new weapons capabilities that employ artificial-intelligence algorithms. The JEDI cloud effort is estimated to have a $10 billion value over 10 years, and officials have said it will account for about 16 percent of the department's overall cloud-computing work.

The contract is part of broader efforts to build advanced artificial-intelligence algorithms into the Pentagon's operations and weapons systems, which is seen as pivotal to the U.S. military's ability to maintain technological dominance over China and Russia.

Such a large, long-term opportunity has sparked a competitive frenzy from Beltway defence contractors and West Coast tech giants alike: Representatives from Amazon, Microsoft, IBM, and Oracle confirmed their companies submitted bids. A contract award is expected in April 2019.

Top procurement officers have said they will work with more than one provider for the Pentagon's broader cloud-computing efforts. Even so, they have been firm in their intention to award the JEDI contract to a single company. Defense Department Chief Information Officer Dana Deasy said in an interview earlier this year that moving to more than one provider for that effort would "double or triple [the] complexity" of moving legacy systems to the cloud.

"Starting with a number of firms while at the same time trying to build out an enterprise capability just simply did not make sense," Deasy said.

Executives from Amazon Web Services, widely seen as a front-runner because of its earlier work with the CIA, have praised that approach in media interviews. Oracle and IBM, which have been playing catch-up to win the required government IT certifications that would put them on a par with Amazon, both criticized that decision from the moment it was announced in early March.

"Locking the Pentagon into a proprietary, sole-sourced cloud environment would eliminate the cost benefits of vendor competition and wall off the US military from new cloud-based innovations in areas such as data security and advanced analytics where other providers are investing heavily," Sam Gordy, general manager of IBM US Federal, told The Post at the time.

Oracle was the first to challenge the decision, arguing in an August 6 bid protest that turning to a single provider would ultimately hurt the Pentagon's technological prowess by shutting it out of innovations happening at other companies.

IBM jumped into the fray just days before bids were due in early October, arguing the decision goes against stated Trump administration policies highlighting the need for Defense Department agencies to adopt best practices from the commercial business world. IBM also argued that going to a single provider is a bad idea from a cybersecurity perspective.

"JEDI's single-cloud approach also would give bad actors just one target to focus on should they want to undermine the military's IT backbone," the company wrote in a blog post. "The world's largest businesses are increasingly moving in a multi-cloud direction because of security, flexibility and resilience; the Pentagon is moving in precisely the opposite direction."

The Government Accountability Office also recently dismissed a bid protest filed last month by the computing giant IBM. In the decision on the IBM protest announced Tuesday, the GAO said it would leave the issue to the courts, noting Oracle and IBM had opposed the Pentagon's plan on similar grounds.

With IBM's bid protest out of the way, the two companies must look to the Court of Federal Claims to evaluate whether the Department's actions are in line with the law.

"We dismiss the protest because the matter involved is currently pending before a court of competent jurisdiction," GAO general counsel Thomas Armstrong wrote. "Oracle's complaint before the [Court of Federal Claims] includes arguments that are the same or similar to assertions presented in IBM's protest to our office."