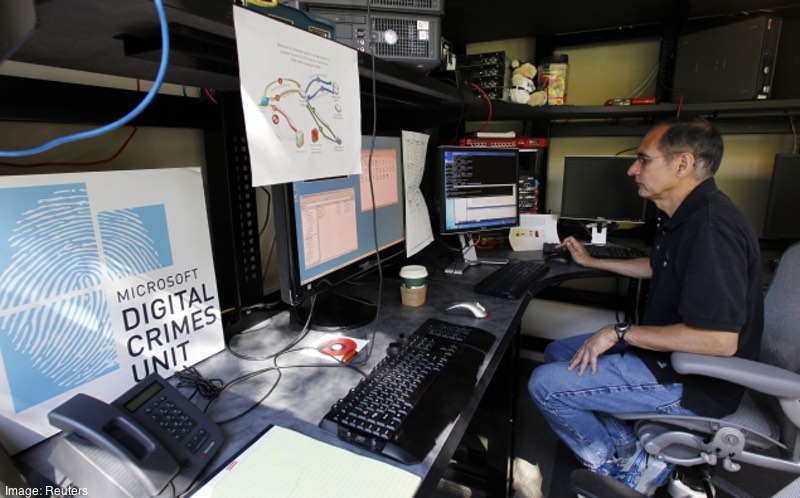 Some believe the next big war will be fought in the digital world, and even today, some of the greatest threats that governments and other organisations around the world face are in the form of cyberattacks. Microsoft's Digital Crimes set up a big Cybercrime Centre (pictured above) at its headquarters in Redmond back in 2013, and since then the company has set up similar facilities in other countries including Singapore.

In an exclusive chat with Gadgets 360, Microsoft India Chairman Bhaskar Pramanik said the company is piloting a similar facility in India as well, with plans to expand in the near future.

"I think cybersecurity is going to become very, very critical," said Pramanik. "We've just opened a cybersecurity centre here [in Gurgaon], it's a pilot, and we will be announcing something much bigger later on. This cybersecurity centre is focussed on how do we ensure that we can protect India's critical infrastructure, enterprises, government organisations from malware and any other kind of security threat."

"This will also be a centre where we will work with the government in terms of policy and also in terms of advising large organisations and enterprises how to keep their networks secure," Pramanik added.

The Microsoft veteran also touched upon other aspects of working with the government, including an update on WhiteFi, the projects the company ran piloting Internet access using unused TV spectrum.

"We've proven to the government both at the state and the central level is that this is a viable technology that works under very extreme conditions and it's extremely low-cost," Pramanik explained. "Where you have low population densities this is an ideal access mechanism; it still does require a back haul network, it cannot work in isolation - you do need to have fibre optic cable at some point in time, and from there you can actually extend it. The access cost is very, very low."

"We've done two pilots, one is in Srikakulam and the second one was in Varanasi," he added. "We are talking about a third pilot now. The challenge we have is now that we've shown its viability, its costs, and everything else, government policy has to change because at the present moment we are getting clearances case by case. So the Chief Minister of Maharastra wants us to do it in a village called Harisal, again we will have to go get an exceptional license clearance to do that one pilot."

"Our belief is it's the government that needs to take a policy decision around that," said Pramanik. "They've formed a committee, they are looking at it and other options for the last-mile access - the balloon, the drone, or WhiteFi. Obviously, WhiteFi is the simplest, easiest, least-complex, and more importantly the cheapest when compared to others."

"The way we want to actually do WhiteFi - and [Microsoft CEO] Satya [Nadella] mentioned this when he was here - the way we've done this in other parts of the world is we empower the local entrepreneurs to actually use this technology, buy the equipment, and set up this as a service in collaboration with the operators. That's the way we want to do it, the kind of work we've done in Kenya and some of the other parts of the world, it's the local ISP which is offering that as a service."

As Pramanik mentions, Microsoft has no interest in running such initiatives beyond the pilot stage and certainly no big plans of connecting the world, similar to Google's Project Loon or Facebook's drones, apart from providing partners with the necessary technology.

"We feel that's the most scalable way of doing things," says Pramanik.

(Also see: Don't Expect to Buy the Xbox One Offline Any Time Soon in India)