Who is buying 360-degree, virtual reality cameras in India? Startups like Housing.com, CommonFloor, NestAway, and Oyo rooms, it turns out. These companies all wanted to create new VR experiences to let potential customers virtually walk through properties, and to capture the images required, they turned to Tesseract, a Mumbai-based company that was founded in 2013. Tesseract created a unique VR camera, and largely focuses on the B2B market; its Methane 360 VR camera went up for pre-order in October, and has started shipping globally.

"Housing, CommonFloor, NestAway, Oyo were our first customers. Then we expanded to the US," says Tesseract co-founder Kshitij Marwah. He's an almnus of the MIT media labs, and he says that the company has sold the camera to some prosumers in the US as well. "They were doing this using DSLRs, and taking a week to do what our device does in minutes."

Marwah used to lead the MIT Media Lab India program, which required him to come to India once a year, starting in 2011, to create innovative prototypes and work with design and engineering talent in India. "That's when I discovered that there's enough of an ecosystem over here both in manufacturing and skill set to create a world class product out of India," he says. From there, the idea to build a VR camera grew. "At that point [2013], there was Oculus, Google Cardboard, Samsung Gear VR, we didn't find anyone focusing on how to create content for it," he adds. 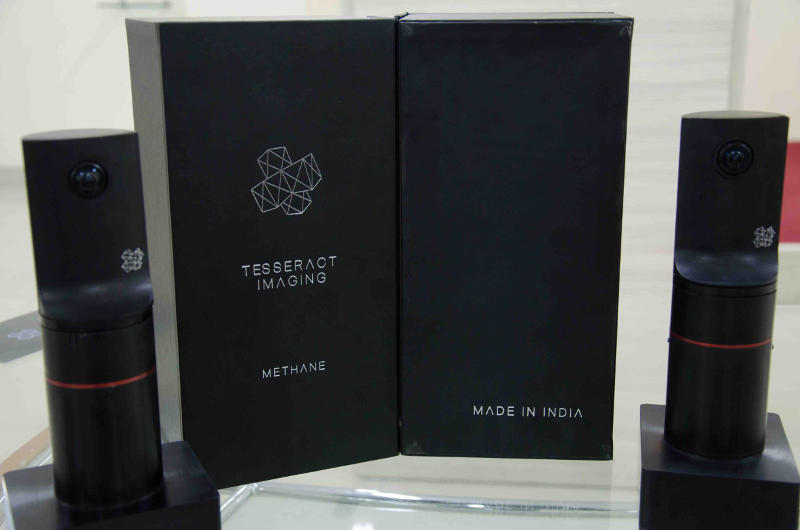 The result of this thinking was the Methane 360 VR camera. It's a camera that rotates around a fixed axis, and captures multiple photographs. The camera also has optional onboard 3D sensors, which help in creating automatic floor plans and layouts.

"Every image that is captured can be seen in virtual reality, and when you see it, it is like you are right inside that space," says Marwah. "All of that is done through a battery-powered device, all the processing is done inside the camera. We have a dual-core 1GHz processor running inside the camera, which does all the processing, of lighting arrangement, shipping, blending, VR optimisation, HDR, everything. It can take multiple shots with different exposures, fuse them together, in real-time."

It's pretty different from using a smartphone - Marwah believes that they will never be able to capture virtual reality because of inherent limitations. "The smartphone doesn't do the job at all - to do 360 VR, you have to take about 64 photos from your smartphone, carefully align it, so that the algorithm can stick it in the right way," he says. "That process takes about thirty minutes. The algorithms don't exist which can take care of the mistakes done by humans."

The whole thing is accomplished with a pretty small package, as the Methane 360 camera is 30 centimetres long, comes with onboard Wi-Fi, built-in 3D sensors, and can take 200 12-megapixel spherical images in one charge. 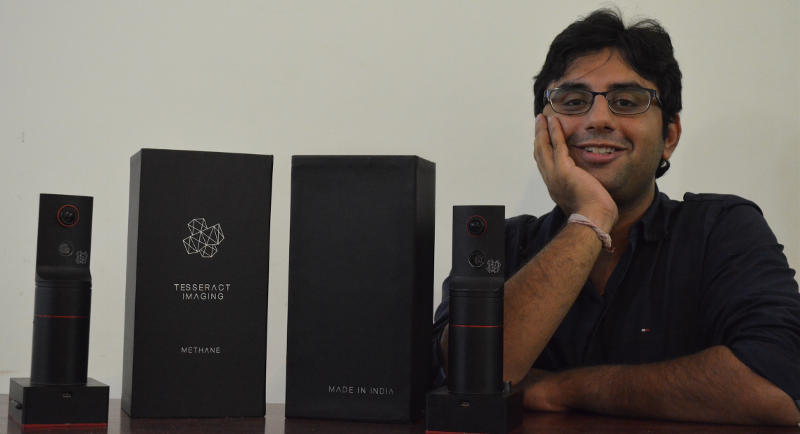 Accomplishing this wasn't easy, Marwah says, particularly for a startup. "Nobody wanted to work with a startup, they wanted big orders, big volume, all those things," he says. Finding a vendor to produce the device meant thinking outside the box, as no electronics manufacturers were interested. Instead, Marwah says, the company had to find a vendor working in the automotive sector, whose CNC machines could get an aerospace grade aluminium finish on the Methane 360.

Using the Methane 360 is pretty simple, Marwah says, as it is controlled with a companion application, and the user doesn't have to do anything apart from pressing a button to capture the spherical image. "You can take it outdoors and indoors, and start mapping your own colony, locality," says Marwah. "Our final goal is to bring 360 degree, immersive virtual reality content capture abilities to consumers," he says, adding that his startup has received over 500 orders so far, and more orders will reduce the pricing even further.

The device has two pricing models. With bulk orders (of more than 50 units), you can get the camera for as little as Rs. 50,000 per unit, but smaller orders, you'll be paying around Rs. 1.3 lakh for the camera, or around Rs. 1.5 lakh if you want the model with a 3D sensor. Marwah claims that Tesseract's Methane 360 is ten times smaller and cheaper than competing products like the Matterport, which is priced at $4,500, or just under Rs. 3 lakh.

While Marwah is right that the Methane 360 is much cheaper than other similar devices, there's been an upswell of interest in VR cameras, as companies like GoPro and Nokia enter the fray. There's a number of cool consumer grade cameras in the segment that are coming up, such as the Bublcam, priced at $799 (around Rs. 50,000), or the 360fly, priced at $400 (around Rs. 26,000). 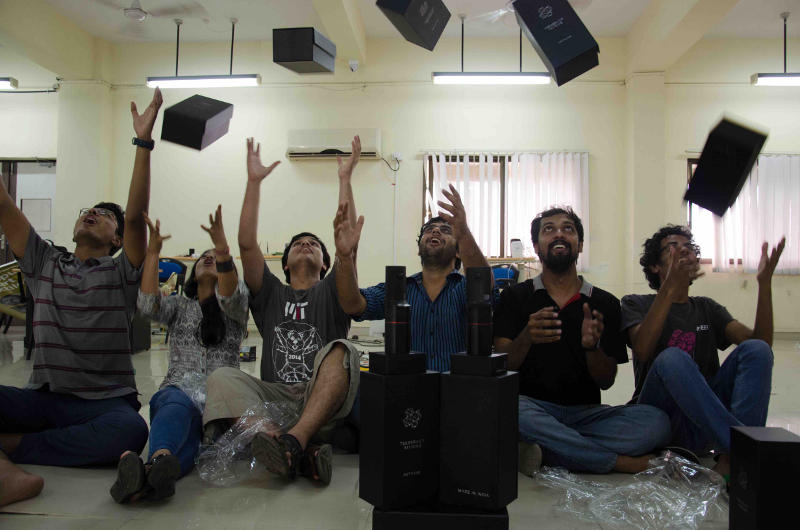 These cameras are aimed at a different market, and are really meant for taking videos. Then there's stuff like the Ricoh Theta S, which is about to go on sale in India for Rs. 40,000. These aren't necessarily gadgets that will find use in professional footage, which has been the case with the Methane 360, but it could be a major stumbling block for the company.

Marwah however sees an obvious market for his device among the travel and real estate aggregators, He thinks that the next time you book a room or a house, or an Airbnb, you won't see that place in 2D images, but in VR and 3D. And he believes that the quality of the camera will make it sell.

"I went to meet a major CEO of a major real-estate portal, and he did not believe that this was done in India. Some asked if we had deployed it in the US, before they wanted to work with us," says Marwah. "Now we've reached a stage where we are pretty confident about India's manufacturing abilities for startups. The product is in the market, people are using it, now we are going to talk more about it."