Smartbox launched in 2015, although it only became operational earlier this year. The company installs smart lockers, which can be used to facilitate last mile logistics for e-commerce and other deliveries. It is presently active in a little under 100 locations in Delhi-NCR, although there are plans to expand to the other big metros in the near future. The concept is similar to Amazon Locker self-service deliveries, except Smartbox is an independent company that aims to work with multiple e-commerce companies.

It has partnered with the Delhi Metro to install its lockers at 10 metro stations, and it has also tied up with Yes Bank to allow people to swipe their cards (from any bank), and pay for the products only at the time of picking them up.

In terms of e-commerce stores, Smartbox is now a delivery option for Oriflame, SmartBaby, Tjori, and Shopclues. It's also going to become a delivery option for Paytm's e-commerce arm in the coming weeks, says Amit Sawhney, one of the founders of the company. Customers don't pay to use the Smartbox, only the company sending the package - which works out to typically between Rs. 40 and Rs. 70 per order. 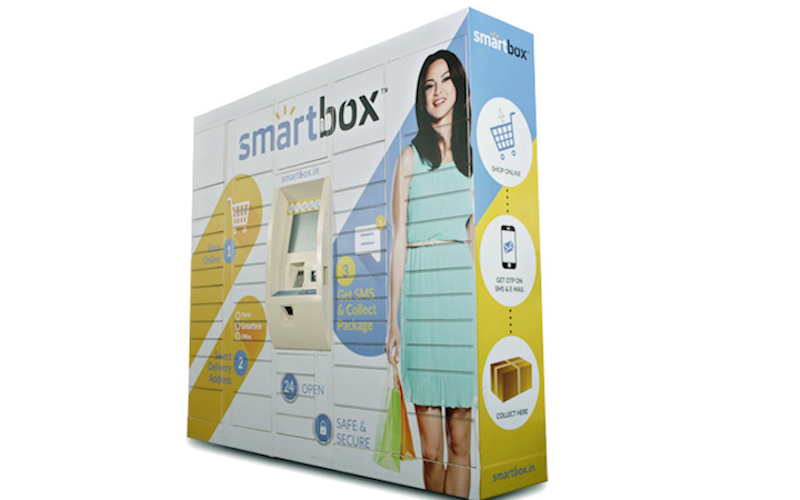 How does it work?
You place your order as usual, but select Smartbox as the delivery option. This works for both prepaid, and pay on delivery orders, though the latter has to be paid with a debit or credit card at the time of delivery, which means you can’t use cash. While checking out from the store, you are shown a list of boxes, and you can pick the one that's most convenient, subject to availability. The orders are delivered, and a scanner in the locker checks each order's code, so that the system knows which order has been placed in which box.

Once that's done, you'll get an SMS alerting you that your order is ready to be picked up. Then, it's up to you to visit the Smartbox kiosk within three days. There, you can key in your phone number, and it'll use that to identify the box to unlock. In case it was a pay on delivery order, you'll have to swipe your card and type in your PIN, just like at an ATM, to complete the payment. You’ll get an OTP on your phone, which you have to enter to unlock the box, and take your package. That's it, you're done. In case you don't pick up your parcel in three days, it's returned to the e-commerce partner.

The entire process of assigning a locker, or opening it, is fully automated. The system scans the packages before entering them into the locker, and so there is no risk of a package getting into the wrong box. "We're always checking - 'is this terminal supposed to receive this parcel?', and we take pictures as well," says Sawhney, "so when someone receives the parcel, we have the code of the package, and the picture of the person who opened the locker, so we can prove that the package was really collected." 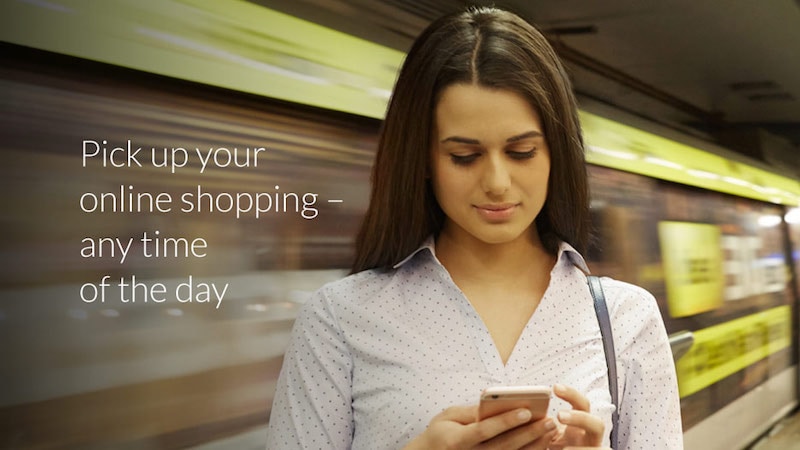 What does it solve?
You already have a number of delivery options. For prepaid orders, you can even select options such as "leave with a neighbour". Your order can be delivered to a nearby store, to be picked up at your convenience. And you can of course pay by card on delivery with most stores today. Sawhney however believes that Smartbox can make a difference in India by reducing the cost for the companies, while increasing the convenience for the customers.

"Typically, a delivery executive will make 35-40 attempted deliveries through the day, of which around 25 will be successful," says Sawhney. "With Smartbox, since a number of deliveries are going to the same place, you can increase the number of drops being made on a single trip. And since the entire system is automated, you don't need to worry about a delivery not being completed either. This drives up the efficiency for the delivery person by 10 times."

"For the customer, it means that there's no coordinating with the courier, no physical need for a face to face, and you have the option of making reliable card payments for a CoD order," Sawhney says. This last fact is particularly useful these days as demonetisation is a real problem which means that paying cash is not convenient, and yet card on delivery machines aren't always completely reliable. 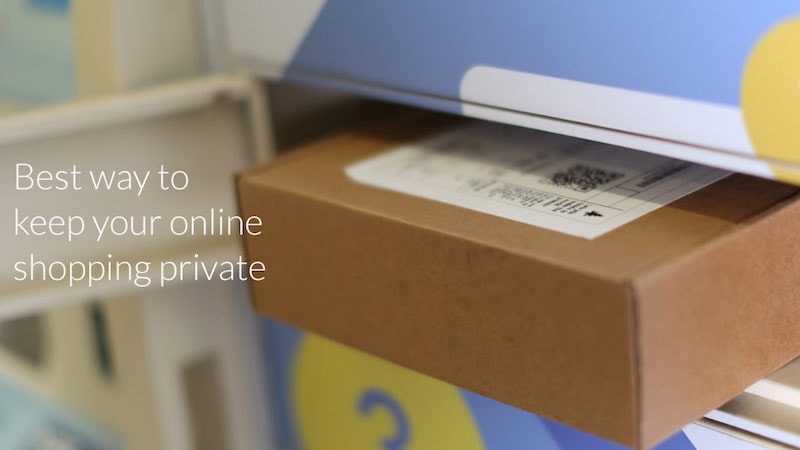 That's not all though - as Sawhney points out, some apartment complexes are now instituting rules to keep out delivery executives, or limit how many are allowed entry at any given time. In Bengaluru's Alpine Eco Garden, for example, the delivery agents queue up to get their photo taken at the security booth before being allowed in to make the delivery. This slows things down significantly, and if a delivery is going to more than one house, all the details have to be logged twice. These bottlenecks make deliveries run late, increasing overall cost for the e-commerce companies.

On the other hand, if you can have a kiosk just outside the building where all the deliveries are made in one go, it makes things a lot easier for customers and e-commerce companies, argues Sawhney.

Growing strong
For now, Smartbox is still pretty small. Under 100 locations in Delhi is barely enough to cover the city - people might be willing to go as far as the local market to pick up their purchases, but more than that and it's not a winning proposition.

Sawhney agrees, but says that more Smartbox lockers are in the pipeline, with 20 more in the Delhi-NCR region, and 5 each in Bengaluru and Mumbai. Over the next 12 months, Smartbox wants to have a bigger presence in the tier-1 cities - it knows that expanding beyond that will not be feasible at this early stage.

"We're going to be launching with Paytm before the year is up, we're just working on the technology integration now," explains Sawhney. "In the future, we will be able to offer this as a self-service option for any seller who is interested, but right now we're still building out our network."

He says Smartbox has started talks with the other e-commerce companies as well, including Amazon. "They have lockers in other markets, but their team came and visited our office and were quite supportive," adds Sawhney. 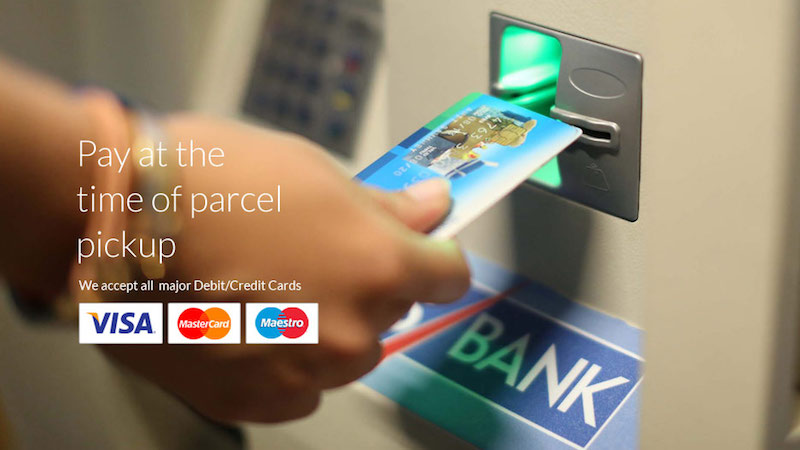 Some limitations
"We can't handle white goods - or anything that involves installation, like a TV," says Sawhney, "though up to a microwave, we can handle - the locker is big enough for that. Popular categories like fashion, jewellery, phones, all of that can fit in our lockers."

Also, Smartbox has a pretty limited reach right now. That's slowly changing, and as one senior e-commerce company executive - who requested his name be withheld as he is not an official spokesperson - explained, these options are not viewed exclusively, as an either/ or proposition.

"You want to remove all the bottlenecks for the customer, and provide them with the options that they are looking for," he explained. "If you're not spending more by doing something, then integrating will always make sense. You don't want to build every part of the ecosystem yourself - no sensible company tries to do that. Instead, you find the right partners and work with them."

This is what Sawhney also repeats, and says that he believes that as Smartbox demonstrates its ability to deliver successfully to customers, it will become an option with all the major e-commerce companies in India.

Further reading: Smartbox, ECommerce, Logistics, Paytm, Amazon, Amazon Locker
Gopal Sathe Email Gopal Gopal Sathe is the Editor of Gadgets 360. He has covered technology for 15 years. He has written about data use and privacy, and its use in politics. He has also written extensively about the latest devices, video games, and startups in India. Write to gopal@ndtv.com or get in touch on Twitter through his handle @gopalsathe with tips. More
Here Mapping Firm Sells Stake to Chinese Investors