One of the key objectives of the note ban was to discourage the use of cash, but India continues to see a surge in currency in circulation. 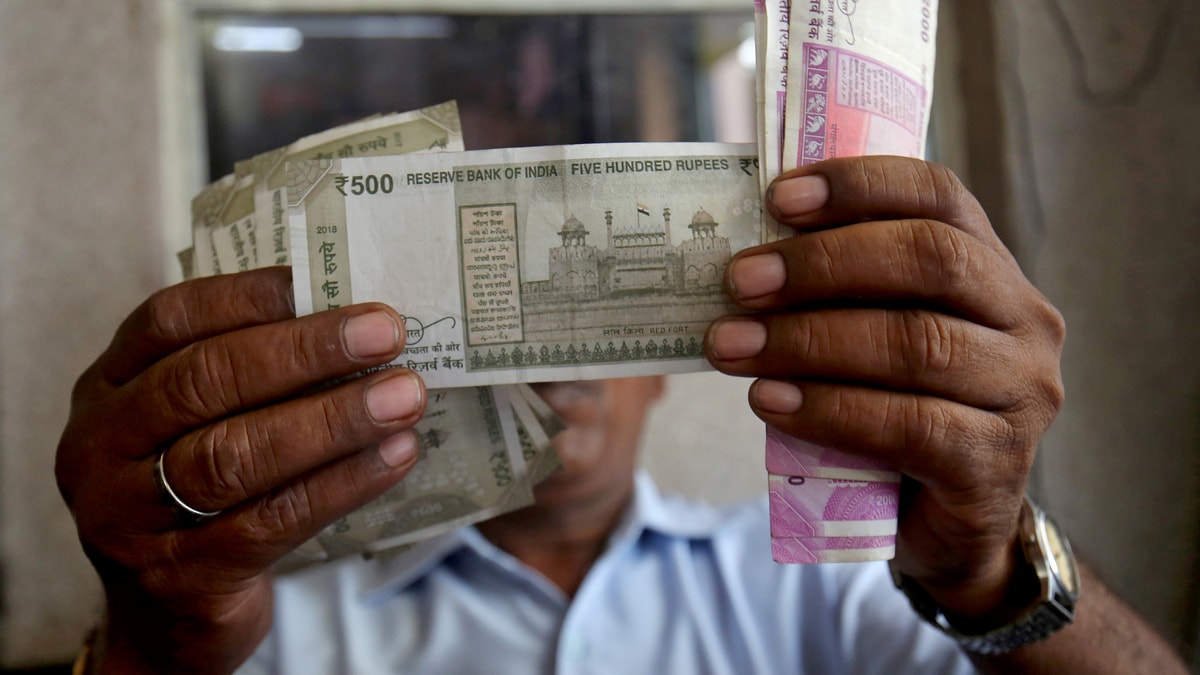 India's dependency on cash may slow the country's transition to digital payments despite large numbers of internet and mobile phone users. For many citizens living in rural areas, cash is still the bedrock of daily existence because of a lack of facilities. Sudhir Shinde, a farmer from Satara district in India's western state of Maharashtra says he withdraws more money from his bank than required as the money vending machine in his village has not been operational for months.

"If I need money urgently, I must make a 32 kilometre (20 miles) trip to Satara town, which is not always possible," said the 37-year-old sugarcane farmer Shinde, while buying fertilisers for his winter-sown crops.

"I always keep money in hand assuming family emergencies like hospitalisation or any other such urgent requirements".

The demonetisation got rid of old 500 and 1,000 rupee banknotes and PM Modi said that would boost the country's digital economy, unearth unaccounted wealth and reduce the use of cash.

But 99.3 percent of the junked currency is back in the banking system, suggesting that only a miniscule portion was unaccounted illicit money or fake currency notes, and India's addiction to cash is now, perhaps stronger than ever.

Cash wanted
One of the key objectives of the note ban was to discourage the use of cash, but India continues to see a surge in currency in circulation even as economic growth has slowed to a six-year low.

Central bank data shows that since the controversial demonetisation gambit, currency in circulation has grown, rising 17 percent to Rs. 21,10,000 crores as of the end of March 2019.

On whether India's efforts to move to electronic payments has been slow, the central bank noted what it said in a statement last week.

Meanwhile, it will promote the use of e-payments for parking, fuel and toll collection, and has ordered banks not to charge bank customers for online transactions in the National Electronic Funds Transfer (NEFT) system from January 2020.

Anecdotal evidence, however, suggests people in Asia's third-largest economy prefer cash for various reasons, including to avoid paying higher taxes after a national sales tax was implemented in mid-2017 and higher charges from retailers.

Smaller stores who don't enjoy high volume sales often charge customers extra, to make up for what they must pay the service partners for electronic transactions.

Higher operating costs have also led to a slowdown in opening of new ATMs, which has led to cash hoarding.

India has the fewest ATMs per 100,000 people among BRICS nations, according to the International Monetary Fund. Banks hobbled with bad debts have struggled to absorb the cost of software and equipment upgrades mandated by the central bank last year, along with higher land costs in the cities.

Other factors such as the country's rural-urban divide have also affected the migration to electronic payments.

"Digital economy has certainly gained momentum in metros, cities and to some extent in semi-urban belts. But it has not spread to rural belts or the informal sector where financial illiteracy is the issue," said Rupa Rege Nitsure, chief economist at L&T Financial Holdings.

"It is difficult to predict when the shift would happen because general education and financial education are different things," she added.

India is the world's second-largest Internet and mobile phone market by number of users, trailing only China. However, a survey conducted by social media firm LocalCircles shows a large number of people still prefer cash transactions over digital with an average of 27 percent people having paid for 50-100 percent of purchases over the last 12 months without a receipt.

With the start of the goods and services tax (GST), tax on goods such as gold and silver was raised, prompting buyers and sellers to opt for cash transactions.

"Many small jewellers sell gold without receipts and consumers are also happy as they avoid paying 3 percent GST, which is a huge amount in the case of gold," said a Mumbai-based jeweller, who declined to be identified.

India raised import taxes on gold to 12.5 percent in July from 10 percent, which increased margins for gold smugglers. Many small jewellers sell smuggled gold in cash at a discount and pocket the profits, the jeweller said.