"India is our fourth market to launch in, which should show how serious we are about it.” That's Puneesh Kumar, Country Manager - India, Alexa Experience and Devices, talking about the Echo series of smart-speakers, which launched in India in October last year. Amazon's Alexa-powered smart speakers have now gone on open sale after being available only via Amazon.in on an invitation basis. As Gadgets 360 reported earlier, you can now buy the smart speakers offline as well. The three-month period between the launch and the open sale that was to get the devices in the hands of early adopters, "who are passionate enough to give feedback, and will also put up with the rough edges," said Parag Gupta, Head of Product Management and Marketing, Amazon Devices.

"We have tens of thousands of devices in the market already, which are capturing millions of engagements every week, through which Alexa learns and gets better evolved,” Gupta added.

The company is still only selling three speakers - the tiny Echo Dot, the mid-sized Echo, and the Echo Plus which comes with a smart-home hub built in - priced at Rs. 4,499, Rs. 9,999, and Rs. 14,999 respectively. In all cases, the smart-speaker is powered by Amazon's virtual assistant Alexa, and the Amazon executives who spoke to Gadgets 360 about the devices resolutely kept referring to Alexa as 'her’.

Echo Dot, Echo, or Echo Plus: Which One, if Any, Should You Buy?

Three months after launch, Alexa has grown from 10,000 skills (think of these as apps run by voice) to 12,000 - 1,000 of which were added in the last 60 days, according to Kumar. "Most of the new skills are all from Indian developers, though I wouldn't be able to tell you how many skills in total are from India, because I don't have this data," said Kumar, adding, "even before we launched in India, there were Indian developers making skills for the international market, and we haven't really looked at this."

"One thing that Jeff [Bezos, the CEO of Amazon] has always said is that Alexa shouldn't be an American visiting the country, she should be fully local," said Gupta. This means that Alexa India doesn't just have to sound Indian - it also has to understand context and give you relevant information. If you ask who the president is, it shouldn't respond with "Donald Trump”. 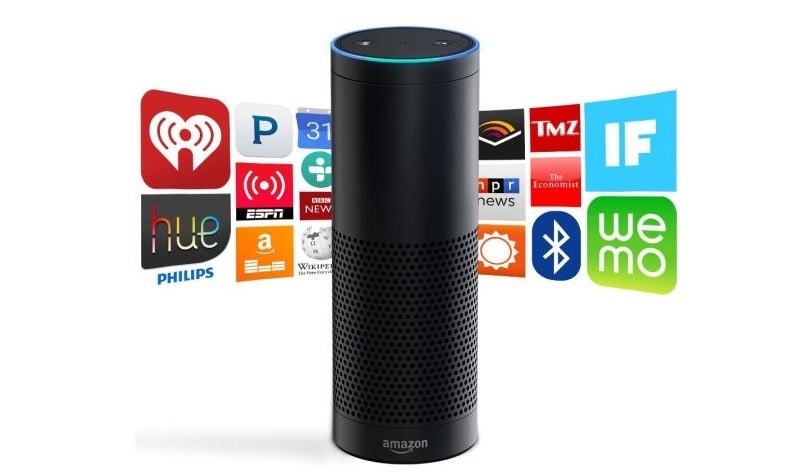 Along the way though, the company had to deal with unexpected challenges, which Kumar described as "gotcha moments" that the team faced while localising the speakers.

"When I teach my kids multiplication, I don't say say 'two times two', right? I saw 'two into two' here," said Kumar, "which is a very small thing, but understanding the natural way that people communicate, and learning from the user engagement is a very important part of this."

The way that people actually use Alexa ends up very similar in India as around the world, Gupta added, but how we ask things can be a little different. "For most people the first use case will be music, then they'll start to use timers and alarms, and then finally start discovering skills," elaborated Kumar. In India too, music is the most understood usage, Gupta confirmed, but the way people search for it is fairly unique.

"In India, people search for music by actor names," he explained. "So they don't just search for a song from a film, or an album, but they will ask for songs with an actor in them."

"Then another thing is that wherever we've launched before this, you won't have the same artist singing in two languages," added Kumar. "So, in Germany, the same artist won't be singing in English and German. But in India, you have that. Baadshah has the same song in Hindi and Punjabi, so how do you figure out which one? 'Alexa play Baahubali' is great, but I wanted the Tamil one not the Hindi one, and these are questions that weren't there in the other places. So, the catalogue has to be indexed to deal with these things, and that's where the AI comes in, to learn what people are looking for and give better results."

The biggest surprise for the team though, was that Alexa needed to learn Rajinikanth jokes. "Most of our invite-only users were asking for Rajinikanth jokes, it was the top thing that was failing for us," said Kumar. As a result, Alexa was given a crash course on Rajinikanth jokes (with a bit of oversight, since he's not just a person with an incredibly devoted following but also someone who's now involved with politics in India). Kumar excitedly demonstrated by asking Alexa to tell us a joke - one so groan inducing that we'll omit it here.

Safe to say Alexa would fit right in with an Indian family's WhatsApp group when it comes to trading bad jokes.