Live News UP Election Results, Punjab 2017, and Other States: How to Get Updates Online 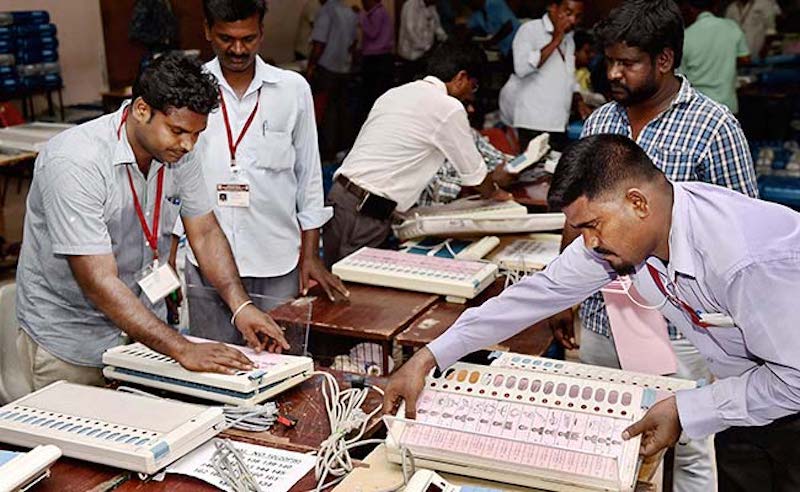 Everyone across India will be glued to live news as election results from UP, Punjab, Uttarakhand, Goa, and Manipur start pouring in Saturday. Counting begins at 8am IST and the first election results 2017 have already come in, with TV channels of course being everyone's preferred mode for live news updates. But if you happen to be away from a TV screen and want to track live news on the go, there are multiple ways to track 2017 assembly election results online.

When will election results for UP, Punjab, and other states be announced?

The counting begins from 8.00am IST on March 11, Saturday, and the initial election results trends from UP, Punjab, Uttarakhand, Goa, and Manipur should be known soon after.

How to track election results 2017 online?

You can also track the results on Election Commission of India’s official website, where comprehensive details and trends related to the election results will be updated.

Microsoft's Bing has also announced that it will provide live Uttarakhand, Goa, Manipur, Punjab, and UP election results onSaturday. “Starting 11th March 2017, 6.00am IST, with just one click on Bing.com, users will be able to get details on the leading and winning party, key candidates and a comparison of their performance viz-a-viz last elections across all 5 states. It further includes counting updates that will help you track which party is leading the elections and by what margin,” the company said in a statement.

Facebook can also be a good source for finding the 2017 election results online, as the social media platform has been buzzing with everything about the elections since January. BJP, Navjot Singh Siddhu, and defence have emerged as the hottest elections 2017 topics on Facebook and there are bound to be discussions on the social media platform as the election results come in.

WhatsApp Text Status May Return, RCom's 'Joy of Holi', Paytm 2 Percent Fee Revoked, and More: Your 360 Daily
The Legend of Zelda: Breath of the Wild Review