Free Internet and free power, but the devil will be in the details.

Though the exact numbers vary, India is believed to have between 500 million and 600 million Internet users, according to different estimates. This means that nearly half of the country's population is without Internet access. A large part of this is in the remote parts of the country where basic access to electricity is also a challenge.

Though the government says 100 percent of India's villages have been electrified, this does not translate to electricity in every home. Needless to say, that presents a challenge in bringing the populace online. On the other hand, while Jio's entry has forced the telcos into a tariff war that has made data costs in India the lowest in the world, Internet access remains out of reach of a certain section of the country due to economic reasons. UK-based BuffaloGrid, which has been working in India for a few years now, believes it has a solution that can fix both the problems.

“There is a massive opportunity with 800 million people about to come online for the first time and we think that the model that's currently being applied to how you connect those people — which is urban-out — is limited, and in some ways doesn't really work best with the rural consumer who's generally bit more focused on getting a good deal or getting kind of cheap access,” Daniel Fogg, co-founder and CEO, BuffaloGrid, tells Gadgets 360 at the sidelines of the London Tech Week. “And we think we've got an alternative approach that we're really excited about rolling out.”

At the heart of the company's solution is a battery-powered box that acts as the hub. This hub lets people charge their smartphones — for free for a limited time, with a pay-to-charge model once the free quota is over. The hub is also connected to the Internet, and in coordination with a bunch of additional access points, it creates a Wi-Fi network in the neighbourhood.

“Over the last four years we've run live deployments in Karnataka, Bihar, Andhra Pradesh, different areas,” Fogg explains. “We've worked with a number of partners to bring these deployments about, and we've served over 70,000 users in that time. Today — as in the last 24 hours — we've served 250 users with mobile phone charging and Internet access.”

He explains that users can connect to this Wi-Fi network and use the Internet, also via a freemium model. With that said, local network usage — i.e. connecting to users and services within the same network — is free without limits, and the company believes it can use this to keep costs low for end-users, while bringing partners on board to monetise the service.

There could be some net neutrality and privacy concerns about the company's plans — Facebook's failed Free Basics project comes to mind — and Fogg is tightlipped about the implementation details. He promises to share more details soon, with the optimism that the monetisation plan will help the company establish itself as a viable alternative to the telcos. 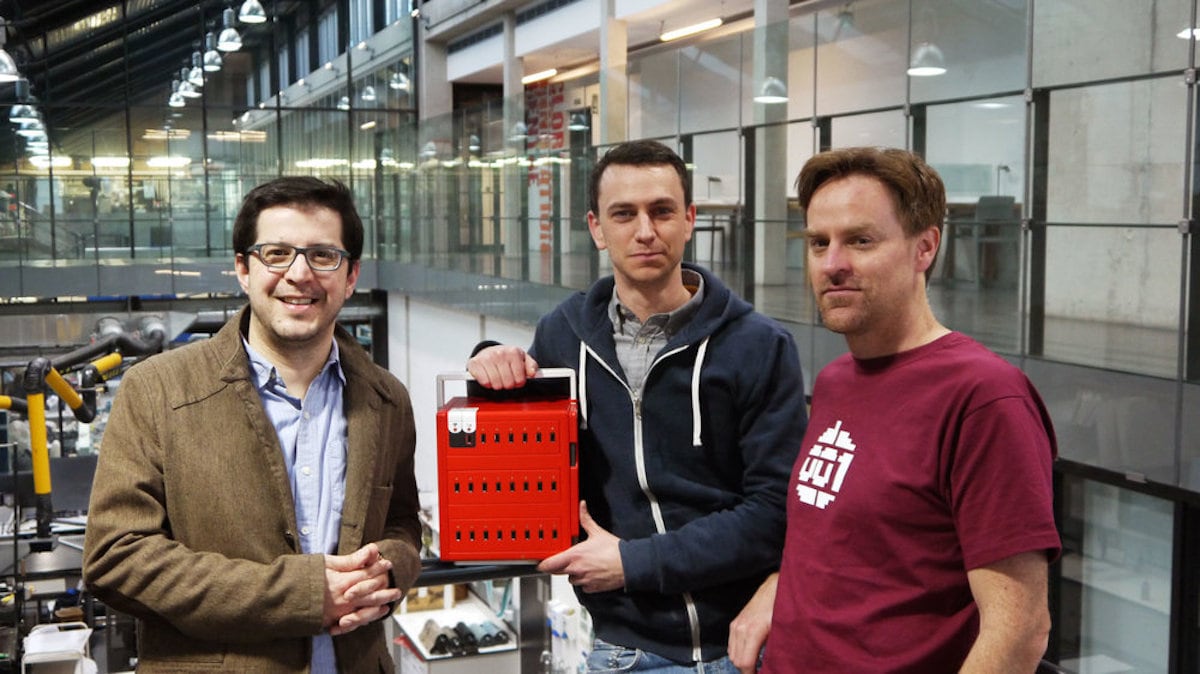 In February, BuffaloGrid — which has raised over $6.6 million in funding since its inception in 2011 — announced that a pilot of its technology is being used to provide free mobile charging to those visiting select Airtel stores in Uttar Pradesh.

Fogg says company has 11 hubs active across the country right now — with another “155 hubs coming off the production line” — and Airtel has also provided the cellular connectivity to connect these hubs to the Internet, though Fogg says the company plans to use fibre in the future.

“The work that BBNL have done recently is quite interesting. So they've got this dark fibre, sitting underneath a lot of the Gram Panchayts already, kind of worth looking into the some of the stuff they've done in connecting all the gram panchayats. And so a lot of it is sat there, laid, relatively unused. It's the same, you know, the backbone that companies like Google stations have used and they've started expanding out to the rural areas. So there's a lot of fibre out there and most of it is un-utilised.

Fogg says the company has also worked closely with Idea and Vodafone in the past, but with plans to apply for an Internet Service Provider (ISP) license in India, that will likely change soon. He also gives a glimpse of what the on-network services might entail, without ever getting into the specifics.

“Going forward, we've seen this opportunity where there's a huge number of rural consumers who are not connected, don't have access to the Internet, and have very poor access to power. And using combination of different solutions — some of it sitting on the government fibre network, and after some of it using mesh networking, some of it being completely offline and not connected to the Internet at all — we think we can build a network which is effectively independent of the Internet, connect it in, bring people online the way that they're currently not,” he explains.

“These again, these are in areas where Airtel, Vodafone, and Reliance Jio are generally not active,” Fogg continues. “And that's kind of what we're focused on for the next kind of 12 months. Obviously, we're gonna need to become an ISP, obviously, we're going to need to, you know, get tied up with the TRAI, and all that kind of stuff. That's very much where we are going for now.” 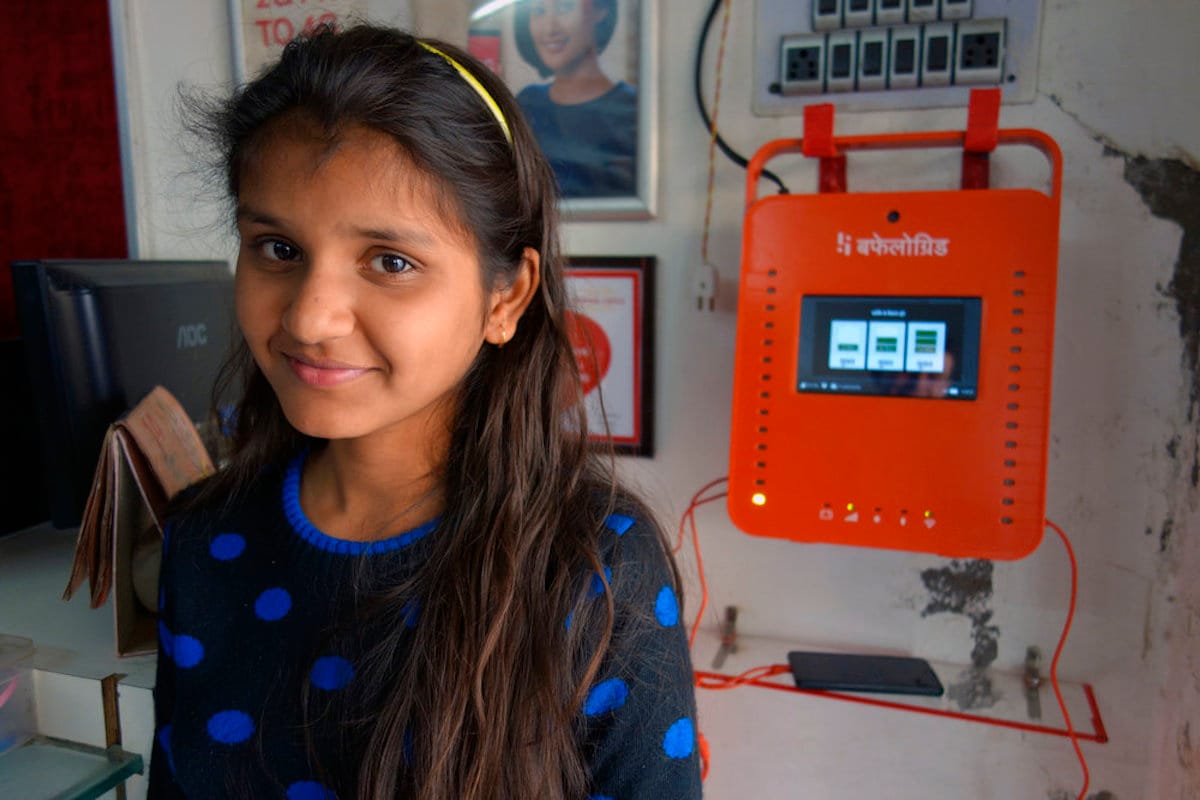 So far, BuffaloGrid has worked in India without involving the local authorities, though Fogg mentions the UK government has been of great help with its efforts.

“UK government's been very supportive in their assistance to us,” he explains. “I think they understand that we're doing something which has a developmental impact, as well as, as well as being a technology exporting opportunity.”

“India's economic success and development are vital to the global economy, to UK interests across South Asia and to global priorities like the sustainable development goals,” says Crispin Simon, Her Majesty's Trade Commissioner for South Asia. “Trade, investment and entrepreneurship are the backbone of the UK-India future partnership and I am hopeful that both countries will take advantage of these opportunities.”

With competition among telcos driving data prices lower than ever, and the government's active electrification push, one would think that the need for a company like BuffaloGrid isn't probably what it might have been in a pre-Jio world. But Fogg remains optimistic about the future.

“if you look at if you look at how the market is structured, nobody wants to pay for power, nobody wants to pay for the Internet access,” he explains. ”So you can't build a business […] based on the selling utilities. So what we're looking at going forward is providing the utility, essentially, for free. If you want loads of data and loads of power you have to pay. But the baseline, [we will] provide that utility, essentially for free, and then monetise the activity that happens on the network itself.”

“So that's kind of something we're kind of shifting more and more towards, [and] we're quite excited about it. And we think that, again, we think this is an approach that we've designed from the last four or five years working in rural India, we think it's something that advantages the users as it helps them make money and save money.”

Disclosure: The correspondent attended London Tech Week at the invitation of the British Government's Department for International Trade.