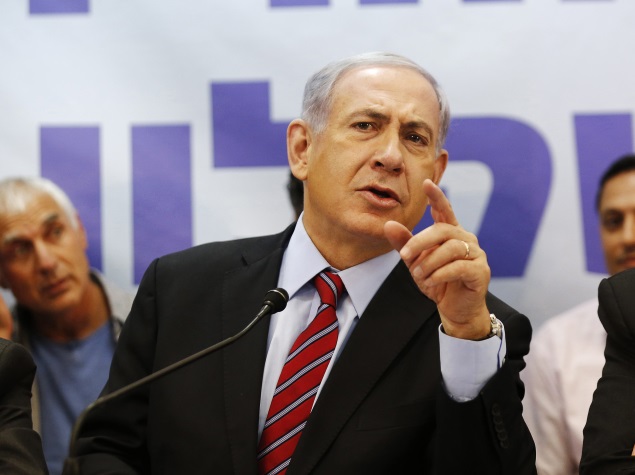 Israel's dedication to developing its defence capabilities has been extended to cyberspace in recent years, spawning an industry which has attracted a near four-fold increase in venture capital investment since 2010 as a growing overseas market for cyber security experts beckons.

Prime Minister Benjamin Netanyahu, who accused Iran last week of being behind most of the online attacks on Israel, allocated 2 billion shekels ($549 million) in 2012 to set up a cyber security agency within his office.

The country has since created a cyber threat research cluster in the desert city of Beersheba, where academia, the military and private firms come together with international companies to work. Beersheba has become a hub for security research as Israel's military moves its headquarters to the southern city.

Meanwhile, Israeli firms have attracted growing foreign investment over the past two years to develop cutting-edge tools for detecting and preventing cyber-attacks, challenging U.S. and European giants who have long specialised in selling defensive tools which fall short in an age of military-grade attacks.

Some Israeli start-up firms have already been acquired by top security companies and this year the pace of initial public share offerings has begun to pick up, the latest being Cyber-Ark Software, which is set to debut on Nasdaq on Wednesday.

"The big drama within this space is the shifting of budgets," Gadi Tirosh, a partner with Cyber-Ark investor Jerusalem Venture Partners (JVP), said of the move away from perimeter defences such as firewalls to focus on detecting and preventing attacks before they can reach inside organisations.

Battle hardened start-ups
IBM, Cisco Systems and EMC have all snapped up local firms and set up research and development centres here, with Cisco's $5 billion purchase in 2012 of NDS, whose software enables TV companies to deliver encrypted content, the largest ever acquisition of an Israeli company.

And since 2010 there has also been a large increase in the number of Israeli cyber security start-ups that have raised capital privately.

Many of these firms focus on emerging threats to mobile phone users and the need to secure the dizzying array of interconnected devices, appliance, vehicles and sensor-laden equipment that have become known as the Internet of Things.

"It's a market that's here to stay," the government's chief scientist, Avi Hasson, told Reuters. "It's touching ever more aspects of our lives," he said.

In 2013 35 companies raised $140.9 million, compared with 18 firms that raised $35.8 million in 2010, according to the Israel Venture Capital (IVC) Research Center, and in total cyber security firms have raised $388 million in the last four years.

While for most of this period the majority of capital was invested by Israeli funds, in 2013 the trend shifted, with foreign and other investors accounting for 58 percent of private investment, according to IVC.

A handful of start-ups have managed to go public so far, following in the footsteps of 21-year-old Check Point Software Technologies, now Israel's biggest tech firm with a market value of $13.5 billion. Check Point's shares have risen 70 percent in less than two years, hitting a 13-year high of $72.78 earlier this month as it sees growing demand for security products and wins market share from competitors.

Imperva, founded by Shlomo Kramer, a co-founder of Check Point, went public in late 2011, while this year Varonis Systems has listed on Nasdaq and SafeCharge on London's junior AIM market.

The latest market debutante, Cyber-Ark, is looking to raise about $80 million on Nasdaq in an offering expected to value the company at up to $500 million.

Meanwhile the number of Israeli companies being acquired has also accelerated since the big purchases of NDS and Trusteer in 2012 and 2013. According to IVC's database there have already been seven acquisitions of cyber security software firms in 2014, the largest being Palo Alto Networks' purchase of Cyvera for $200 million.

JVP, which owns 46 percent of Cyber-Ark, has also been wooed by 250 security firms seeking to raise money the past two years.

That has unnerved some investors who believe there is a danger of a market bubble developing, while others say the sector remains in its infancy and demand will only grow as the world becomes increasingly connected via the Internet, facing more complex security threats as a result.

Military expertise
Isaac Ben-Israel, the country's former top military scientist and now head of Tel Aviv University's cyber research centre and Netanyahu's adviser on the subject, said Israel's goal is to become one of the five leading cyber powers and already ranks among the top three in terms of cyber readiness, along with Finland and Sweden.

The country now accounts for 7 percent of the $60 billion a year global cyber-security market and as much as 13 percent of new R&D in the sector. Four years ago these numbers were only a third of what they are now.

A crucial factor behind the growth is Israel's compulsory military service with local firms benefiting from close cooperation with the defence forces and the talent that has emerged from elite military units.

Technology units such as 8200, the army's surveillance arm, are given priority when recruiting the country's brightest high school graduates. Industry pioneer Gil Shwed, founder and CEO of Check Point, served in the 8200 unit.

JVP, which has a third of its portfolio in cyber security, established its Cyber Labs for young start-ups in Beersheba, where several multinationals, including EMC and defence contractor Lockheed Martin, also have operations.

"Israel is a desired location to establish a footprint and grow," said Haden Land, vice president for R&D at Lockheed Martin, which last month set up a separate subsidiary in Israel focused on technology and is working with EMC and Ben-Gurion University on joint cyber security research projects.

"You have very good human capital in this discipline ... that can think the right way and can architect the right way to address these new areas," said Orna Berry, a top executive at EMC, which has invested over $2 billion in Israel since 2006.