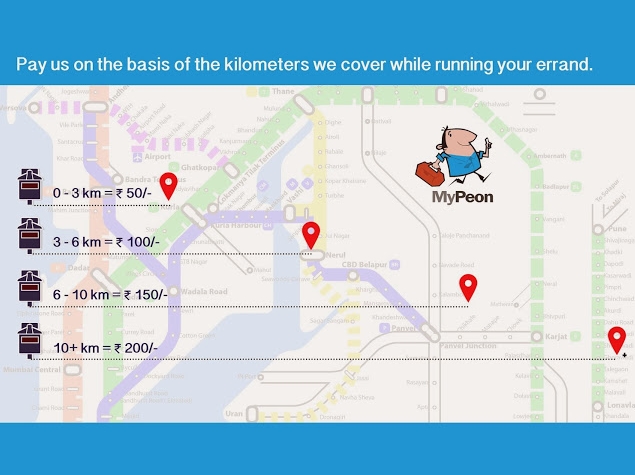 Need someone to pay your bills and pick up your shopping, take an elderly relative to hospital or deliver 26 presents to your girlfriend on her 26th birthday?

These are just some of the requests received by Mumbai start-up "Get My Peon", one of the new Indian companies offering to do your chores and errands in a country traditionally reliant on full-time servants.

Hired help still plays a huge role in hierarchical Indian society, with those who can afford it employing maids, cooks, drivers and nannies, as well as "peons" or servants at work - still an acceptable term in India for office boys and runners.

But some are increasingly opting to outsource their daily tasks rather than depend on in-house staff. Get My Peon, set up in 2012, now has about 800 clients on its books, from chief executives to housewives.

"People have stopped doing things the old-fashioned way. The labour costs for full-time staff are very high," said Bharat Ahirwar, the 29-year-old founder of Get My Peon, which charges 200 rupees ($3) for a one-way errand.

While India's urban middle-class is growing and looking for affordable help, new avenues are opening for poorer workers who earlier were more likely to settle as full-time, often poorly paid, servants.

Less manpower
"The availability of manpower is going down," said Bhavin Shah, who runs dehydrated meals company Satvita Foods and regularly uses Get My Peon for deliveries after previously employing his own runner.

"Getting the right kind of people is tough, they occupy real estate, a lot of things are required for full-time staff and you've got to keep track of them all the time," he said.

"The more you can outsource, the better it is." 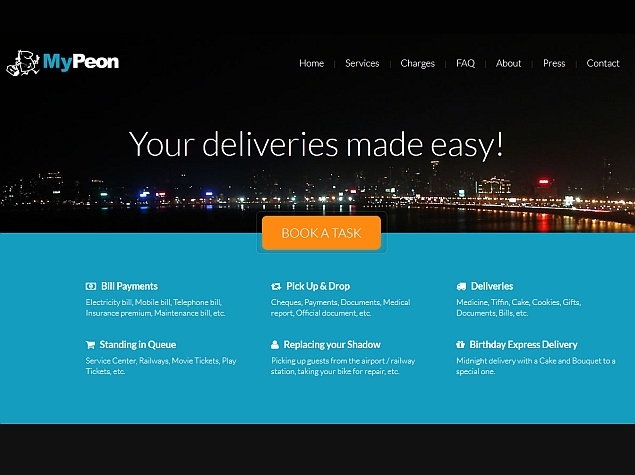 Having your own staff still appears to be something of a status symbol - some of Get My Peon's users prefer their clients not to know they are using the service instead of a personal servant.

"That happens a lot," said Ahirwar, who employs a team of about 10 runners.

As well as being assigned errands, they can be hired for a day to help with certain tasks at home or in the office.

Anil Dharker, a Mumbai columnist who writes on social issues, agreed that most Indian companies now want fewer employees on their books and therefore fewer liabilities, with a declining number enlisting full-time chauffeurs for their senior executives.

"They give an allowance and he (the senior executive) finds his own person," said Dharker, also mentioning the various taxi firms that offer drivers for hire by the day, in a country where public transport options remain limited.

American cab-hailing smartphone app Uber has recently entered the Indian market, positioning itself as an alternative to full-time chauffeurs by advertising as "everyone's private driver".

Get My Peon has meanwhile tied up with several other start-ups offering to take care of household chores, including laundry service Chamak Direct, professional cleaners Hammer and Mop and home repairs firm Travtus Workforce.

"I don't think middle-class people in (Indian) cities have ever held a drill in their life. They're so used to having people do it for them," said Travtus founder Tripty Arya.

She said working with one's hands was still considered a "lower grade job" in India, where even do-it-yourself enthusiasts struggle to find time for such tasks on top of commuting to work in traffic-clogged cities.

Home help in demand
With a growing number of nuclear families in which both parents go out to work, help in the home remains in high demand in urban India.

But those looking for cheap, full-time labour often find themselves disappointed, said Vikas Singh, who runs domestic help provider Deliseva.com, based in Mumbai.

Singh said many cooks and maids on their books, often migrants from rural areas, would work for a few hours at three or four different households, whereas traditionally they tended to take up a live-in job with one family.

Others are choosing to abandon domestic service altogether as the growing economy throws up a range of new jobs, rather than work in an industry still mired with tales of exploitation and abuse.

Neelam Ashok Kapadne, a 25-year-old living in northeast Mumbai, worked as a maid to support her family after her father died, but later found a job in a shopping mall and is now at college studying commerce.

"Even though we live in slums, hardly any of the girls in my neighbourhood want to work as house maids. They want to study, housework is tough," she said.
Comments