The Modi government has been pushing for smart meter adoption by discoms.

Despite improvements in recent years, transmission and distribution of electricity remains a loss making business in India. Transmission and Distribution (T&D) losses — a measure of billing efficiency — for Indian discoms have typically hovered around the 20 percent mark, among the highest in the world.

Though recent years have seen increased private sector participation thanks largely to the Electricity Act of 2003, power distribution and transmissions remains dominated by state-run companies. For decades, power distribution companies in India have been plagued by problems that are now well documented (see image below), which has resulted in huge inefficiencies and accumulating losses. 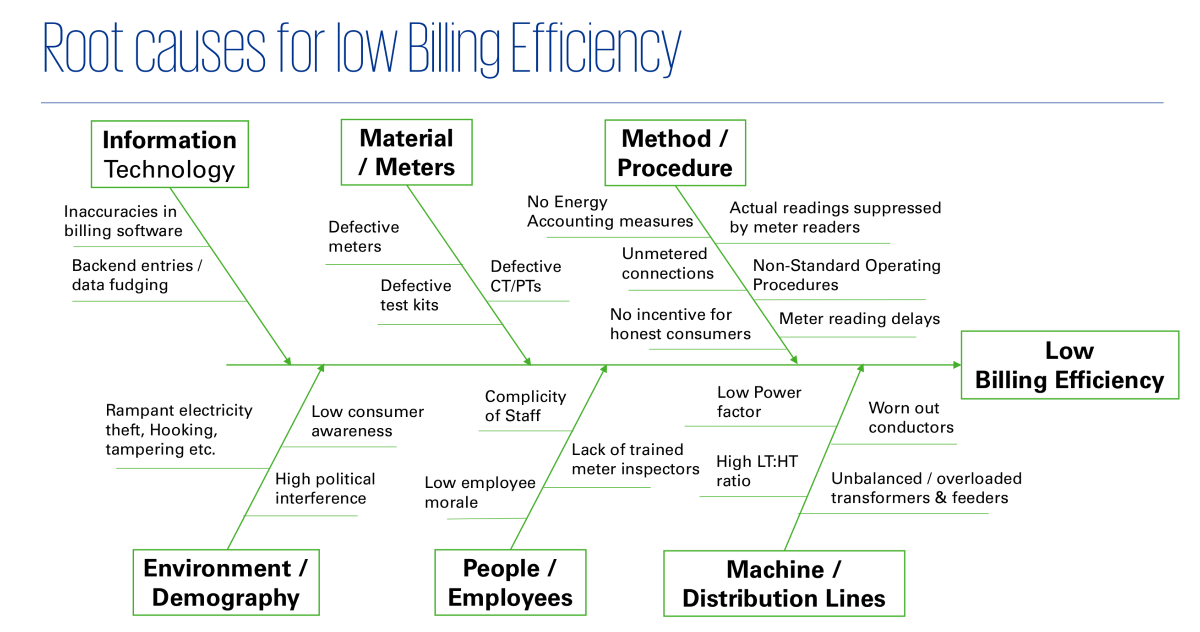 Under the UDAY scheme, state governments would take over large chunks of the debt of the discoms, with the centre offering them a host of sops in return. To keep their end of the bargain, discoms needed to upgrade their network in a bid to minimise T&D losses.

While the UDAY scheme has shown results in terms of reducing discoms' debt levels — though there are some suggestions the joy might be short-lived — the progress on some other fronts has been slow.

So what are smart meters, and what benefits do they offer that make them one of the important pillars of the UDAY scheme? Smart meters, essentially, are network-connected meters that are capable of reporting data back to a central server in near real-time. They all but eliminate tampering and human error, as well as a host of other problems associated with traditional meters.

“Significant energy is lost in the T&D system in India due to non-technical factors: wrong accounting of energy due to defective meters, errors in meter reading and in estimating un-metered consumption of energy, false readings taken due to collusion between consumers and meter readers/billing agents, and pilferage of electricity by consumers in one form or the other,” a recent report by the Council on Energy, Environment and Water (CEEW), a not-for-profit policy research institution highlighted.

Working via intermediaries, Cambridge, UK-based CyanConnode is one of the suppliers of smart meters to Indian discoms and Gadgets 360 had a chance to speak with John Cronin, Executive Chairman, CyanConnode at the sidelines of the London Tech Week earlier this month to understand the smart meters landscape in India. We started by asking about the solution that the company has to offer.

“So it's what we call an omnimesh product, and this product actually hooks up on the communications platform, the consumer back to the utility [network],” Cronin explains. “So one of the components of that one is, we have a module, a radio module, a bit like SIM card that fits inside a meter, that meter then goes into the home. And we can have the 200 homes connected to what we call one gateway.”

“So this is a device about the size of an alarm box on the side of the building, or the telegraph pole. It collects all the data to that central point. From there, then we backhaul it over, and this was called a hybrid network. We [then] use a cellular connection, and it's over IP [Internet Protocol], [and] they go back into the utility into their billing system.”

“So we put some software — head-end software we call it — into the billing system of the utility. So what then happens, so you have your PC, you're sat in a call centre in the utility and there you can see row and row of houses with his meters in them.”

“And every 15 minutes, you can see the usage, who's doing what, [and] what's happening. And actually, if you get an alert come up on your computer, if somebody tampers with a meter, because there's $32 billion lost every year by generating electricity being distributed, but not collecting that amount of cash.”

“So what our system will do is help in [finding out] actually where there's errors or faults, or somebody stealing it, we can actually alert the utility that's [happening] on the system and they can do something about it — send a man in a van to correct it. If people don't pay the bill, they can do that remotely. And there's no personal interaction anymore, because the lights just stop working if they don't pay the bill.” 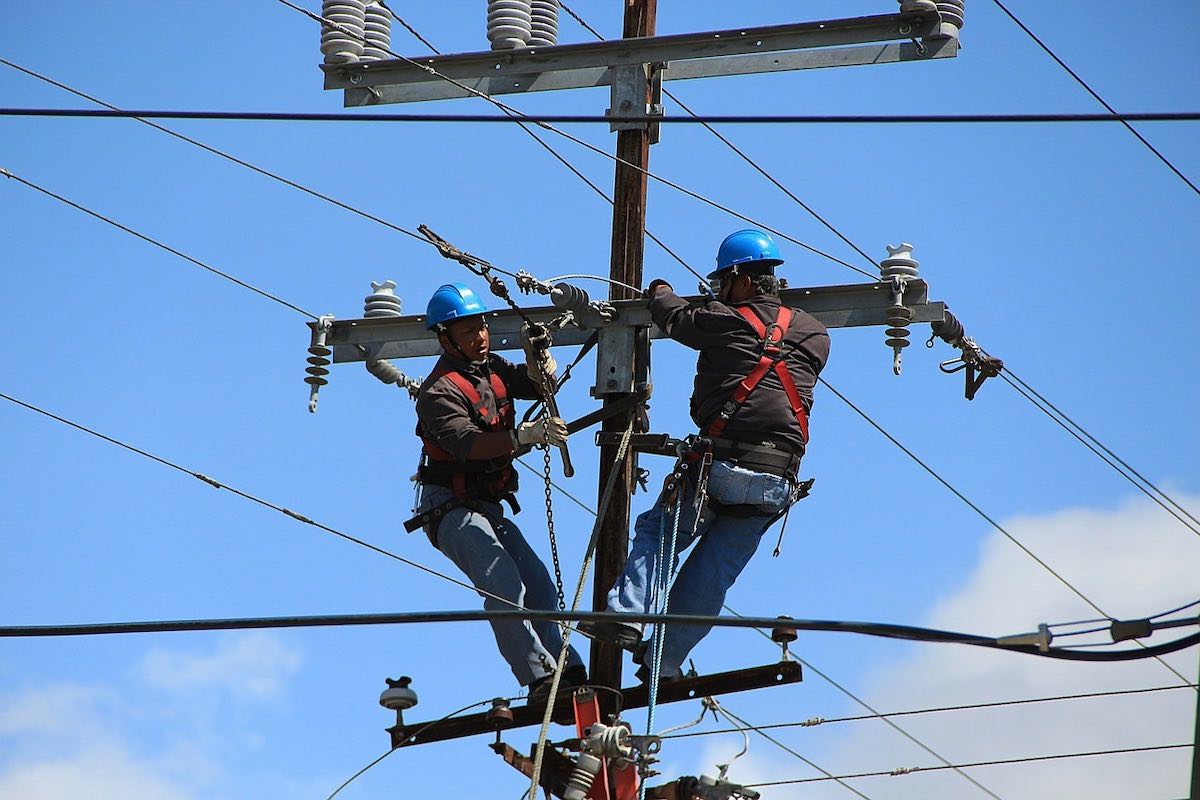 We ask Cronin about the technology behind CyanConnode smart meters, and he explains that the company recently revamped its solution.

“So it's [now using] unlicensed spectrum called ISM band, it's IPv6 [based],” he says. “So when we first started, we were doing IPv4 [based solution] and it was a proprietary system. And then India moved to IPv6, which is great, standards based.”

“So we've actually launched [second] generation product last June, in India, for India, and we've actually got 15 million pound sterling of orders from different utilities, for the very first time with this hybrid network. We've got IPv6 on the ISM band so you don't pay for the spectrum, unlike you did with the mobile network [with the previous solution].”

Cronin says the new solution has a range of 12 kilometres in ideal conditions — while the CyanConnode website suggests 2 kilometres is a more practical range in the real world — which makes it perfect for rural India, which constitutes 70 percent of the customer base.

CyanConnode, whose smart meters are being used by Tata Power (Mumbai), CESC (Mysore), and MPWZ, has so far sold over 5 lakh smart meters to discoms via its partners, and it plans to double that number this year. While smart meters still have a limited install base, Cronin believes discoms are already starting to see their benefits.

“What the benefits we're seeing now with the sites where we've rolled out is, we're looking at the feeders that are feeding the electricity to homes, and we're actually increasing efficiencies — we've actually increased in 2-3 months by 25 percent, the billing efficiency,” he says.

“Not only that, actually the electricity usage, overall, of that feeder has gone down. And so that's real evidence that people are seeing and go “Wow!”. Now, it's alright saying give me a meter and communicate, but what's the real benefit? So the utilities are seeing that, and that's important for everybody. India needs to fix its infrastructure for electricity for the country to grow.”

Cronin, who's been working and doing business in India for about 15 years, says the key to being successful in India is to have a local team that understands the market. In India, CyanConnode India operates under the leadership of Anil Daulani, an executive Cronin hired from Tech Mahindra, a company he's worked with in the past as part of his other ventures.

“They [CyanConnode's India team] really make a difference because they really understand the energy business in India,” Cronin says. “When we first started in India — and we've been doing business as CyanConnode for it's about eight years now in India, so we've been very patient (and) we put shareholder money [CyanConnode is listed on the London Stock Exchange] into India, developing it — I actually flew executives from here (UK) to India and spend a week there. But what happened then [is that] there's big gaps, flying back, no continuity of service, no engagement with the potential partners and customers.”

“So I quickly learnt is what I've got to do is have people on the ground, they've got to be knowledgeable, they've going to understand the industry, we've got to train them. So what we've done over the years is actually brought them into the UK, and done a skills and knowledge transfer.”

“So today we've got something like 25 people in India, in Delhi that work for CyanConnode, report to Anil Daulani, who reports to me as Executive Chairman. He runs his own profit and loss, he's in there, pushing what he needs to do.” 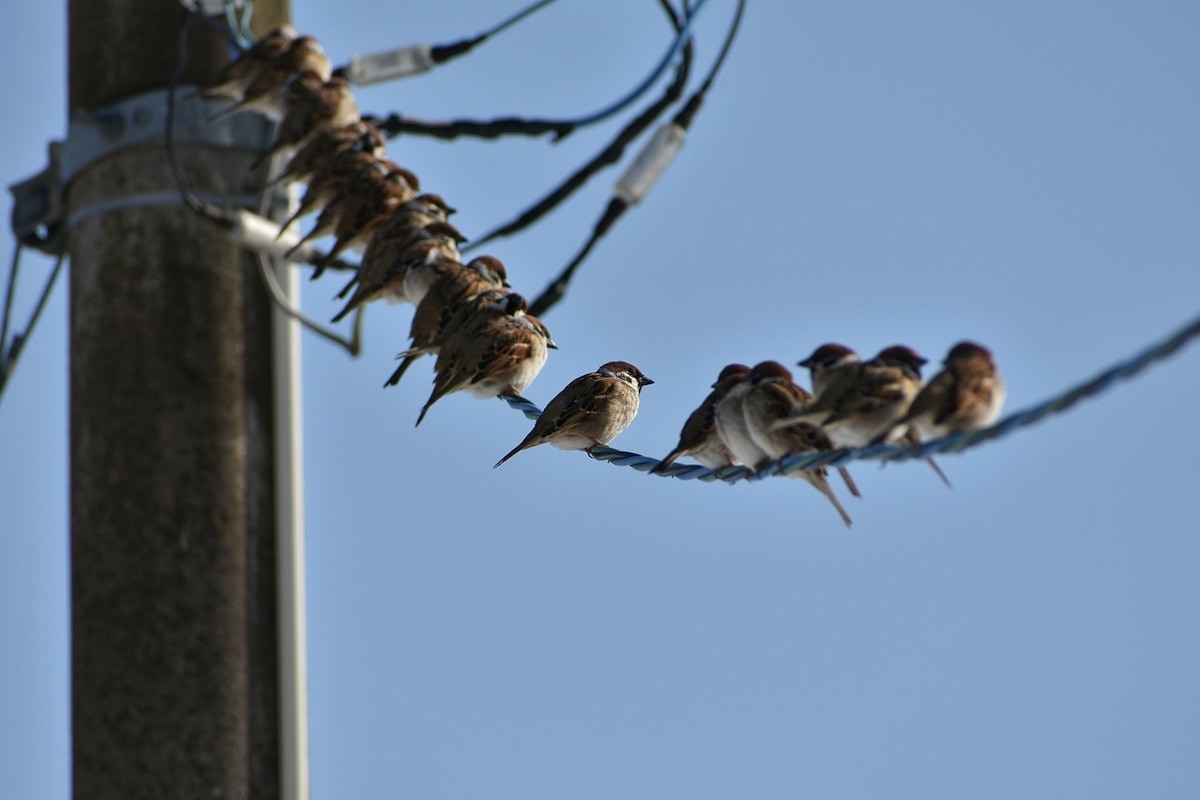 Cronin underlines the role the UK government's Department for International Trade (DiT) has played in helping find those local partners and facilitating other important activities.

“DiT [Department for International Trade ] put on events, they introduce us to people, local people, local partners, and open up some doors, which is important, and [they] help promote what we're doing,” he says. “I recognise that you can't just do it from the UK — fly in, fly out — you can't just say this is my product from here, you gotta make it Indian, you gotta make it people want it. [Make it] local and create jobs. And that's what we're doing.”

In addition to having a local team, CyanConnode has also completely embraced the Indian government's ‘Make in India' initiative.

“So now what we're done with transfer that facility of manufacturing into India, in Chennai, [and it's a] first class production facility. So, the modules are made in India, the business is sold in India, so it's all India.”

“Yes, we've developed the software here in the UK. But now that's in India, so we've pushed as much as we can, into India to create jobs.”

“And that's what we've done with all the way through the supply chain, right through to the consumer and the benefits that the consumers get, but also what utilities get.”

One of the factors that has hampered smart meters adoption is the high cost associated with each unit. Most discoms in India are in no position to bear those costs, which means the financial burden is often passed on to the consumers, who are sceptical about the entire process to begin with. Cronin believes this can be mitigated with some creative solutions.

“What we would like to do is [offer] meter as a service,” he explains. “So charge per-meter, per-month, 10-year contract, because we know that the utilities, they fluctuate losses between 20 and 40 percent. So we put in smart metering, they'll be collecting more cash, they'll improve the efficiency, so the cost of all of that, the rental of that, they'll get back [with] the benefits.”

“So if we can get someone to help finance that, that'll really make a big difference. And that's something I've been talking to different finance companies about.”

Disclosure: The correspondent attended London Tech Week at the invitation of the British Government's Department for International Trade.