In a Post Demonetisation World, Some Indians are Giving Bitcoins a Closer Look 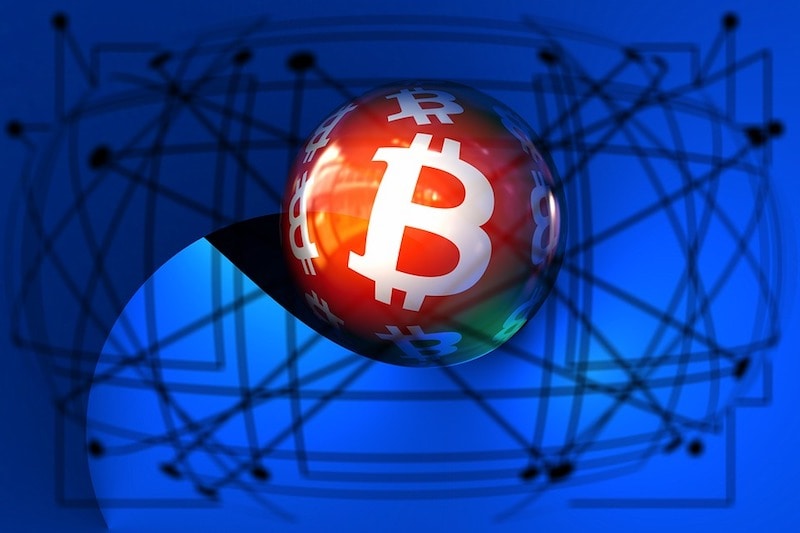 Ever since the announcement of demonetisation of Rs. 500 and Rs. 1000 notes in India, there's been a knock-on effect pushing more and more people to look at digital cash. For a lot of people, that's meant a push towards mobile wallets like Paytm, FreeCharge, and MobiKwik - these companies are rejoicing as downloads and usage have shot up. At the same time, there's also been a growing interest in Bitcoin, the somewhat controversial digital currency that has had a bumpy ride in the recent past.

According to Sathvik Vishwanath, CEO and Founder of Unocoin, a Bitcoin exchange based out of Bengaluru, the number of people active on the exchange has gone up from 20,000 to 120,000 a month. That might not be the same magnitude of growth that the wallets have been reporting, but then of course, you're not really going to be able to use Bitcoins to pay for your Uber ride, so that shouldn't be a surprise.

S Rajan, a Bengaluru-based analyst, who has been buying Bitcoins for some time now, is upset with this newfound popularity of the platform. "Bitcoin prices went up in India, exchanges here saw that people are getting interested and jacked up the prices," he tells Gadgets 360. With international vendors, the prices have remained more or less the same, but since that involves international payments, it's easier to buy local he says.

"The difference was as much as 10 percent," he says. For people who treat Bitcoins like an investment - like buying gold, for example - this is great news. But if, like Rajan, you actually buy the Bitcoins to use them for transactions, it can be a big problem.

This has also affected people that shop on Dark Net markets to a degree - Bitcoin are the preferred currency due to the fact they cannot be traced, and on some Internet forums, Indian customers are complaining about having to pay an arbitrary extra percentage just because of Indian exchanges.

Vishwanath however says that this was only a temporary factor, and it's not fair to say that demonetisation was the only cause either. "Internationally, there was a lot going on that month," he tells Gadgets 360. "We saw volume go up 80 percent, against the backdrop of the Trump election, and there was some turbulence in China as well, that all made people look for alternatives to traditional banking."

Although he believes that many of the new customers he's seeing are looking at Bitcoin as a financial investment, he says more people are using them transactionally as well. "About half of all the trades are people who are just seeing it as an investment, and will park their funds and wait for the exchange rate to go up," he says, "but that was about 80 percent of the trades earlier. Today there lots of freelancers, for example, who accept payments internationally via Bitcoin. Then, instead of converting this into Rupees, they use it to pay for things in turn."

Of course, the computing power required to 'mine' for Bitcoin has been going up as well. Vishwanath believes that the days of the lone miner running a standard laptop in their spare time to make coins is well past.

Of course, he does have a slightly biased position to take on this - as the head of an exchange, his business relies on people turning their cash into Bitcoin, rather than mining for the virtual currency themselves. Recently funded by Blume Venures, Unocoin has announced its own public API for generating wallets, sending, selling, and receiving coins, and it also has a Bitcoin point-of-sale app for offline trades, as well as a Systematic Investment Plan in Bitcoin.

On the other side of things are outfits like GBMiners. Amit Bhardwaj is co-founder of GBMiners, a Bitcoin mining pool, which he claims is the largest outside China. Bhardwaj is based in Dubai, but he's closely following the Bitcoin market in India.

Like Vishwanath, he downplays the impact that demonetisation has had on Bitcoins in India. "Exchanges in India [like Unocoin] are fuelling the price rise, but things have not actually changed much," he says. "At first people started thinking that this could be a way to turn black money white, but I think that they're realising that it's not so simple."

"In fact, Bitcoin anonymity is not so easy," he adds. "It's not easy to identify who has done what, but tools are available. There are also tools that can help anonymise your coins, but would you put in thousands of coins into a mixer? If you're talking about just a few Bitcoins, then sure, it is possible, but at a big scale, it doesn't work."

But as mining gets more and more resource intensive, he believes that solution is to start using technology in newer ways. "We're expanding to improve as a mining pool, and we've also opened an incubator in India called Satoshi Studios," he tells us. The incubator aims to encourage startups who are coming up with solutions using blockchain technology, and promises a $50,000 (approximately Rs. 34 lakh) investment to startups, along with a three month program with experts as mentors, along with office space and living space in Delhi, from April to June 2017. Next up, GBMiners is planning to set up a VC fund, Bhardwaj says.

"We need to start thinking about new ways of doing things. IoT is the next big opportunity and we believe that with distributed computing we can accomplish a lot using the blockchain," he says. "With M2M communications, the number of connected devices won't just rise, it'll skyrocket, and these devices shouldn't have to be reliant on fiat currency."

"For example, the electricity bill is the biggest bill for a building right?" he says. "Well, imagine if all the devices in the building were also connected, and they were working to generate coins, so individually, their compute power wouldn't be very high, but together, they could generate something. Not a lot, you won't get rich off this, but enough to offset the cost of electricity. Imagine if your fridge - now you're getting smart fridges with Internet connections, that can tell you what you need to buy - but you're paying for the connection, the electricity. Imagine if your fridge could just make enough money to offset this cost. Wouldn't that be a real step forward?"