Although some would say that the startup ecosystem in India is cooling as funding goes down, global giants IBM and Intel remain positive about the country. Gadgets 360 spoke to representatives of both companies on the role they play in the ecosystem and what they changes they have observed in recent times. Intel also offered some insights into hardware startups, and what specific challenges exist in that sphere.

Both companies are clear that although funding might have slowed, the startup ecosystem has not. IBM conducts a number of different programs in India around startups, and Seema Kumar, Country Leader, Development Ecosystem and Startups IBM India says that IBM works to enable developers, integrators, and others in a number of different ways.

"There is a lot of potential in the B2B space, and we're looking at a number of 'deep' technology companies, around areas such as virtual reality, augmented reality, blockchain, cognitive computing, and Internet of Things," says Kumar. "There is a lot of innovation in the B2B space as startups leverage, for example, developments in cognitive computing to solve an agri-tech problem."

She gives us another example, of a startup called Oxyent that is working with IBM in the healthcare space. "The company has scaled its platform on IBM Bluemix cloud platform. Our child healthcare solution is India’s first hospital-linked application and a one-stop workflow solution for Neonatal Intensive Care Unit (NICU) and the Pediatrics Department to assimilate and disseminate child information, starting from birth up to 12 years of age," explains Kumar. "The solution is designed in such a manner that it leverages the IoT, Cloud, and Big Data technology, enhancing the doctor-parent engagement model by enabling continuous and personalized child health monitoring. A newborn's complete life cycle is linked into the system, right from his stay in NICU to his discharge and vaccination, till the age of 12 years. We have mobile applications, which provides a channel for the parents to be directly involved as a part of the their child’s healthcare plan." 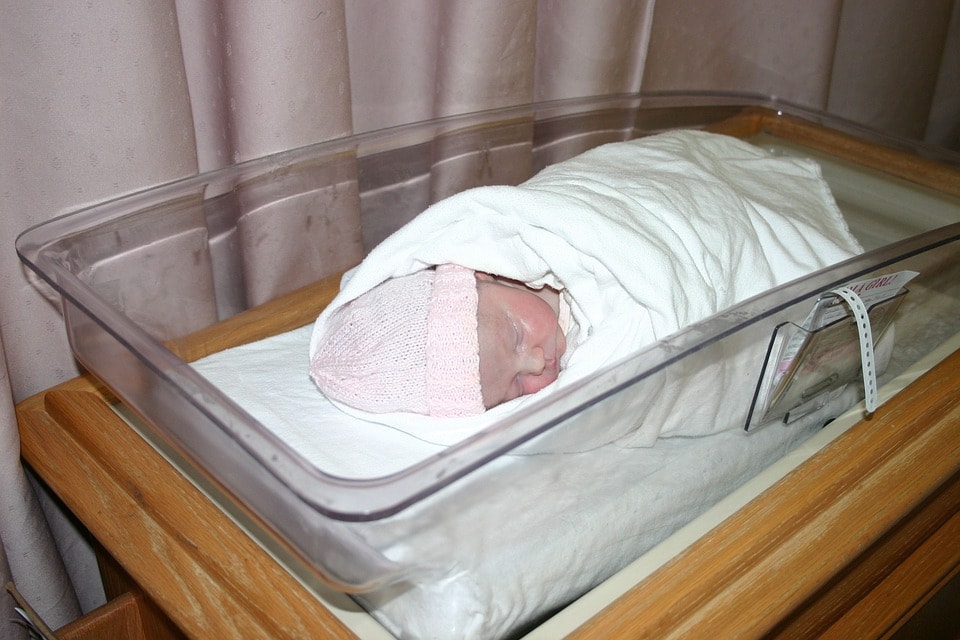 IBM holds various startup events around the country through the year to identify companies that it can work with, and provides mentoring, and access to its global entrepreneur program, which offers technical guidance and business development. Additionally, it provides technology resources as well.

"Today everything with startups is done on the cloud, for technical reasons and for financial ones as well," says Kumar. "We help them with the right choices and help them to design with scale in mind, which is IBM's expertise. Watson and other APIs make it easy to infuse cognitive functionality in their business."

Like IBM, Intel too hosts a number of startup events. In 2015, it launched a program called Intel India Maker Lab, where it specifically focuses on hardware startups, and this is done in partnership with the government's Department of Science and Technology, and IIT-Bombay's startup incubator, SINE. Maker Labs has helped in the creation of VR headsets, electric vehicles, and a number of IoT devices. Gadgets 360 visited Intel's Maker Lab in Bengaluru, to try and find out a little bit more about how things are shaping up for hardware startups in India.

Jitendra Chaddah, better known as JC, is Director, Operations and Strategic Relationships and Intel India, and the man in charge of this project, and deeply involved in the startup ecosystem.

"We've been very focussed on fostering a culture of innovation," says Chaddah, "and we've got programs from the school level onwards to help encourage this."

"The ecosystem in India is growing fast, but there's a strong software focus," he adds. "The hardware ecosystem is also growing, but it is not as vibrant yet." 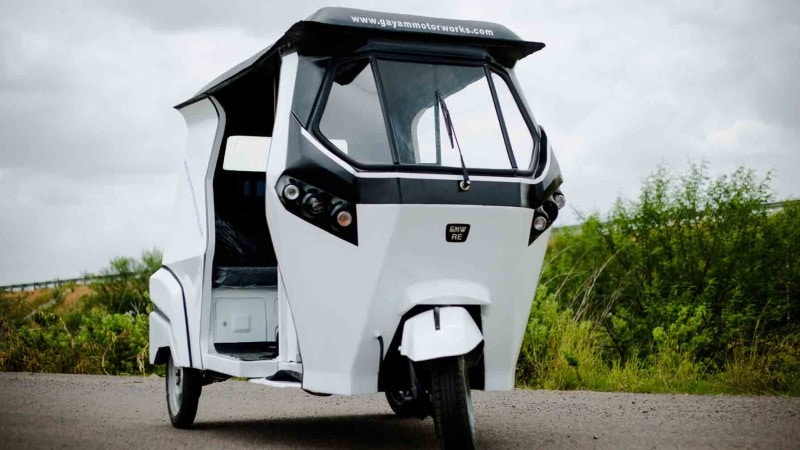 Access to equipment is a big hurdle, he explains. That's because, with a software startup, you can prototype an idea and build test platforms at a relatively low cost, and quickly. With a hardware product, this process becomes much more expensive and time consuming.

"You need equipment, reference designs, test equipment," explains Chaddah, "you need the know how for design and validation, and that's not easy to come by."

The goal of the Maker Lab is to fill this gap, by providing devkits, access to Intel's experts, and helping the selected startups leverage global expertise. "We had started in August 2015, and by January we had selected 17 startups, in various stages," he says. "Now we're working on starting our second batch, looking at people who can show an initial prototype. Our selection is based on the viability of the idea, and how we can make an impact. If all we can do is help you with funding, then that's not the best fit."

Thanks to the partnerships with SINE and DST, Intel also believes that its Maker Lab can now help companies to build more viable products even sooner. "They [SINE] have a process on how to accelerate, to workshop the idea, and DST helps to align the ideas with the government's intent, which is a great benefit to the startups we work with," says Chaddah.

And looking back over the last 12 months, he believes that the startup landscape has gone through a lot of change. "We're seeing more accelerators now, which focus on specific verticals," he says, "and the tools and technology is really maturing. There's much more government support now, and although funding might not be as plentiful as before, there's still a lot of focused funding in the country, which is a good thing."

This is a sentiment that IBM's Kumar also holds. "Earlier, there was a lot of noise in the system," says Kumar. "What's happening now is that the funding remains, but it isn't going to so many me-too businesses. You have to actually differentiate, and innovate to be relevant. That's also helped a lot of B2B companies." 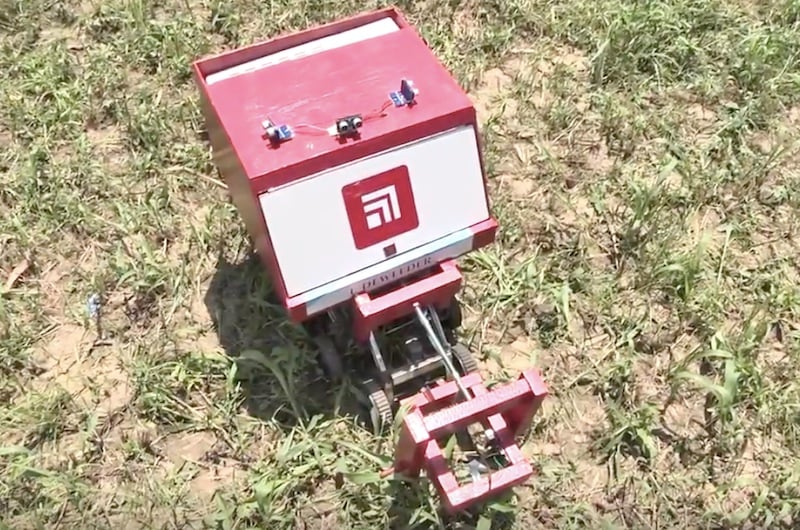 "We're all learning to pick the right ones [to fund]," she adds. "It's [funding is] still happening now, but it's more rigorous, which is actually a good thing."

Going forward into 2017, Kumar believes that fintech, healthtech, and cleantech are going to be areas to watch. Oxyent is one of the healthtech startups that IBM has worked with. In fintech, she gives us another example of a startup that Intel is working with - called Signzy.

"It's answering the question, how do you build trust online," explains Kumar. "It uses APIs on visual recognition to build digital trust." The startup takes on the KYC process, assisting companies to comply with RBI KYC norms through the use of AI.

AI is an area that Intel's Chaddah also believes is going to be very interesting in the coming months and years. "You're going to see a lot of AI in solving day to day problems," says Chaddah. "Along with the use of augmented reality, to make 3D experiences very relevant. Auto is another sector that is going to be interesting, and everything related to home and city."

This means things like surveillance, and asset monitoring because, he explains, "this is something people are already willing to pay for."

At the same time, Chaddah says that startups that are focusing on the areas that they have first-hand experience in, rather than the ones who are looking for gaps in the market, are the ones he has hope for. "I've seen startups where the founders grew up around farms, and they come up with amazing agri-tech ideas, for example," he says.

Finding the implementation, Chaddah believes, is where global players like Intel can make the difference, and provide the guidance. "You bring the IP, and we'll find the use for it," he says.