How We Could Close Tech's Gender Gap in a Decade 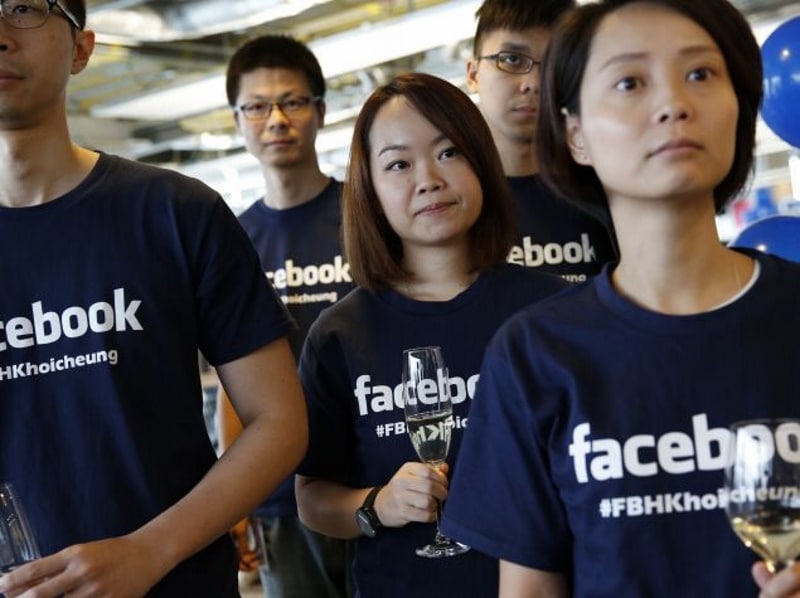 We all know that the technology industry has a gender problem. But how do you move the needle from awareness to action?

Sheryl Sandberg, Facebook's chief operating officer, and Girls Who Code, a non-profit tech group, have an idea: take the fight to the states. On Friday, both will host the first-ever Girls Who Code Governor's Summit at Facebook's headquarters in Menlo Park, California. The guest list includes Gov. Mary Fallin of Oklahoma, Gov. Gina Raimondo of Rhode Island and Lt. Gov. Kim Reynolds of Iowa.

Many organizations aimed at improving gender equality in the tech field have focused on changing the culture at tech companies in the past. But this is the first time an effort is aimed at the state level.

"What's great about having these governors and state officials involved is that they set the educational agenda for their states," Sandberg said. And, she said, reaching young kids -- as Girls Who Code has done on a smaller scale - is key to improving tech's gender problems long-term.

Fallin, Raimondo and Reynolds all spearhead programs in their states to increase access to computer science education - through programs expanding broadband access or even directing all schools to include some computer science education. The point of the summit, in part, is to compare notes and come up with standards and organized ways of measuring efforts that aim to support girls and women who are interested in tech and science.

"We can't afford to have half of America's brain power not engaging," said Raimondo, who has directed all Rhode Island schools to teach computer science classes by December 2017.

The conversation comes at a time when - despite a lot of discussion about the problem - the gender gap in tech is getting worse. In 1984, 38 percent of all computer science jobs were held by women. Today, that number is 18 percent, according to a survey done by Accenture and Girls Who Code last year. Data from the Census Bureau show a similar decline.

Reshma Saujani, the founder of Girls Who Code, said she found that number chilling. "We've had our heads down for the past six years. How is this getting worse?" Girls Who Code, which launched in 2012, has since put at least 10,000 young girls through the program - only some of whom have since entered college and are majoring in computer science.

Saujani said she saw that study as a rallying cry, to step up her efforts and use states' growing interest in computer science to collect good data and get to the heart of what may be contributing to that decline.

"What's the gender makeup of those classrooms? We know anecdotally it's normally 70 percent boys and 30 percent girls," she said. Working with states, she said, lets her group and others "very closely watch the diversity and gender numbers" in schools and find out what is going on.

One reason behind the gap could be what Saujani calls the high school trap in which girls may not see their peers or role models interested in science, or told that it's a "boy" thing. Others looking at the problem think we're not starting early enough.

"We need to be thinking long-term and making long-term investments," said Raimondo. "That's why we're teaching computer science in kindergarten."

Another reason could be that making such a change on a bigger scale takes time. Many of today's most visible programs launched to get girls interested in coding have started within the past decade.

"Think of Title IX, for example: look at how long it took to work its way into the system," said Jessica Rovello, chief executive of Arkadium - a technology publishing company that boasts an executive staff of more than 50 percent women. "To go all those years and then, in this last Olympics, have all these women start winning gold medals. That's how the dots were connected there."

Rovello is not involved in the summit, but has worked on different initiatives to get more women into technology jobs. Besides getting more girls interested in tech, she thinks that there should be cultural changes at companies.

"Initiatives can fill out the pipeline. Once you have them in the business, though, you have to figure out: how do you keep them in the business?" she said. At Arkadium, she's taken steps to ensure, for example, that all her employees are trained to acknowledge their own biases and feel comfortable communicating. And, she said, companies must continue seeking out qualified female candidates. "I think that qualified women and minorities are there if you care to look and find them," she said.

At the other end of the pipeline, Saujani said she thinks that it's possible to close the tech gender gap in a decade - if advocates can direct the energy, focus on gathering good data and setting metrics, and follow through on their goals. The summit attendees already have plans to reconvene in six months at the National Governors Association, to compare notes and recruit more states to their cause.

"We have the wind at our back," Saujani said. "We have their attention - policy is being sought out right now about how to get to every child interested in computer science. We need to be addressing some of the barriers that are keeping girls out of field at the same time."

SoftBank Willing to Give Up Control of T-Mobile to Facilitate Sprint Merger
What Exactly Is Wrong With Xiaomi?