How Makaan.com Is Replacing the Boring 2D Floor Plan With VR-Ready Virtual Tours 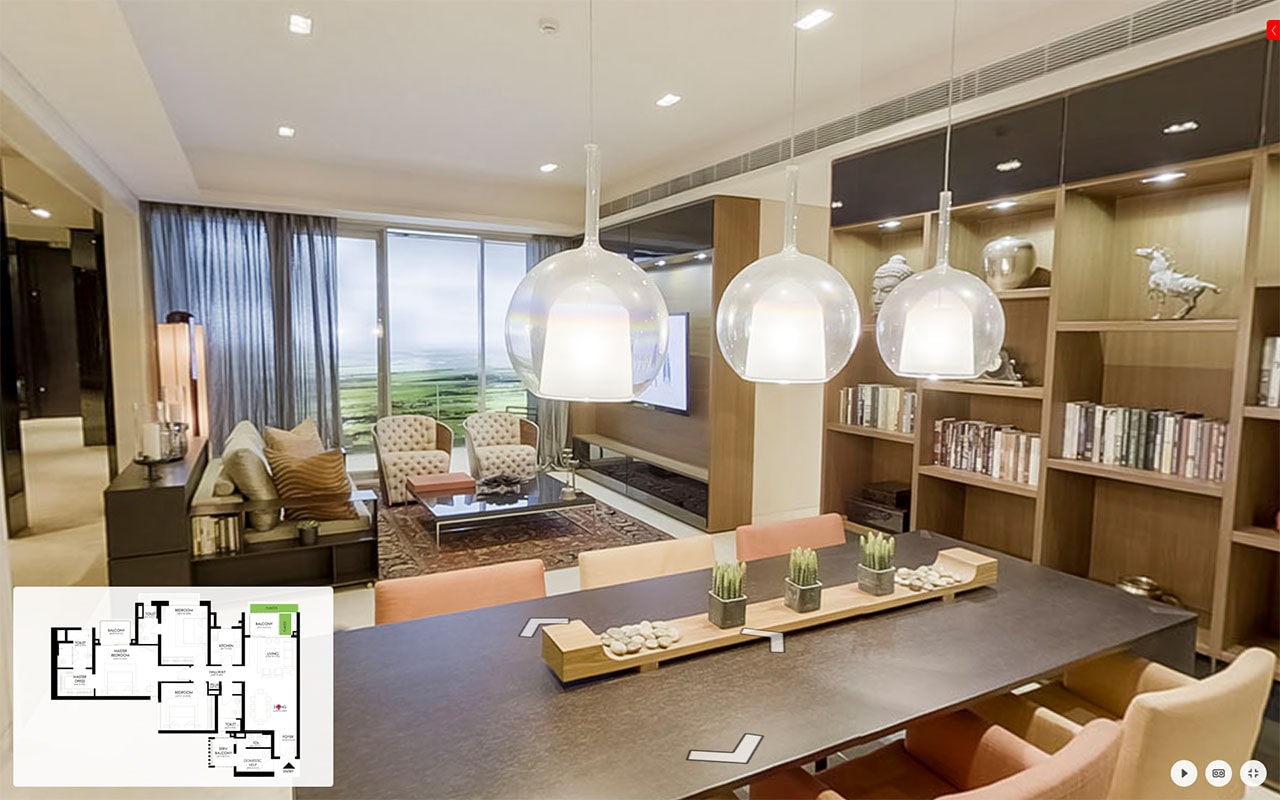 One of the best things about Google Street View is the freedom offered to the user – to not just look in any direction, but also move any way you please. Makaan, a Gurgaon-based online real estate marketplace, wants to build a version of this, for under-construction homes, which would help potential buyers better visualise what they are spending a fortune on, and push out the archaic 2D floor plan that’s been used for decades in the process.

The company is calling it “3D virtual realty tour”, a cheeky play of words on virtual 3D models, real estate aka realty, and virtual reality. Yes, you can put on an Oculus Rift and tour your next home, welcome to 2016. Makaan isn't the first company in the real estate space to look at 3D models for houses - Commonfloor and Housing.com have come up with similar ideas, and HDFC Red suggests that this will soon be a hygiene feature in real estate projects.

The challenge lies in the resolution and accuracy of the 3D models, and Ravi Bhushan, Chief Technology Officer for Makaan, and parent real estate platform PropTiger, reinforces its importance multiple times during our conversation.

Makaan is doing things differently than everyone else, he claims. Using 3DSMax and an internally-built engine called Peacock, it creates a 3D model based on a 2D floor plan and available dimensions. These details are then stored on the server, fetched locally when a browser requests them and rendered at the client end using WebGL, which is supported by all standard browsers, Bhushan says.

One important point about this, Bhushan tells us, is that most solutions available in the market right now are creating a perception that they are showing a 3D model. “While at the core, they are actually faking it by placing different 2D images to look like 3D,” he adds. “There is a software called KRPano, which is used by most others.”

Bhushan says that Makaan doesn’t rely on a pre-determined 3D model, but instead fetches the 3D metadata and constructs the entire 3D model in the browser itself. That allows viewers to manipulate it the way they want – you can see it in a top-down “floor plan” style, or switch to an isometric “doll house” view – and point-and-click at the room you want to zoom into and go full 360-degree view.

The visualisation technique extends to real-life images too. Bhushan has worked with his team – PropTiger acquired 3D visualisation start-up 3DPhy back in August – to ensure that all the heavy work happens on the software end, minimising the requirements and training needed for capturing the images on location. He says that any smartphone that comes with an 8- to 12-megapixel camera can sufficiently do the task, though it has used the likes of GoPro, and the Ricoh Theta S in the past. Once the images are with the Makaan team, they work on the enhancements to refine the images, to ensure things like contrast, and brightness are normalised across the stitching process.

This work is done with a mix of popular open-source software such as the ImageMagick suite, along with algorithms developed in house, for which, Bhushan claims, the company has applied for patents.

The real challenge today, it turns out, does not lie in gathering images or building models, but actually delivering the 3D content. That's why the Makaan team then has to go over the 3D models and decide which parts need detail, and what can be left low-res. The result is a file that's still around 3-4MB in size, so you'll want a fast Internet to take advantage of this feature.

Loading happens progressively, he adds, so when you drag or swipe in a new direction, you’ll notice that things go from being pixelated to clear. “But now we’re coming up with a technique wherein let’s say you have a 3BHK flat – the kitchen, bedroom, and living room get loaded gradually,” Bhushan says. “Users will get a feel that different modules of the flat are getting constructed in the browser, and they will align with each other in such a way that all these different portions are slowly making up the flat.”

That’s not the only new feature on the way. Makaan is also working to introduce motion into 3D visualisation, which it hopes will make the experience more immersive than ever. As an example, Bhushan mentions a fan or a swimming pool, which aren’t static objects in the real world – a fan can rotate, and the water moves and shimmers – and he wants to animate such things going forward.

The other big thing they are planning to bring in is modular construction, “which would allow users to attach and detach objects” as they please, he says. “For example, you could be looking at a room, and then could drag in a sofa from outside to see how it would affect the space and how it’d look,” he adds. And since they already have a proper 3D model, Bhushan remarks, they will be able to show this in a 3D perspective too and not just as a representative image that you might see in a catalogue.

Makaan is going to roll out a new version of this feature soon, but it's becoming increasingly clear that such solutions aren't just about using technology to stand out - for Makaan and the others in the real estate space, it really is becoming a hygiene factor, as the company revealed that over 90 percent of visitors on a 3D-enabled page actively used the “3D virtual realty tour”, and not just the 2D floor plans.

Twitter Adds 'Direct Reply Count'; Will Reorder Replies Based on 'Importance'
Banned From Twitter? This Site Promises You Can Say Whatever You Want