How Little Changes Can Have Big Impacts on Apps and Services 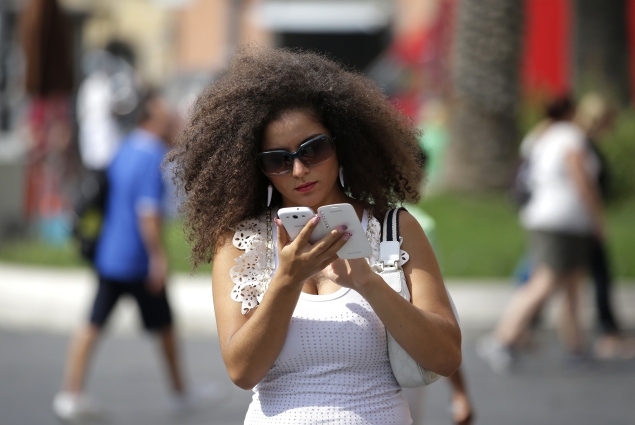 Sometimes, something as simple as the design of an 'Order Now' button can drastically affect the success of your big idea. Should you trust your intuition and hope for the best, or carry out test after test to figure out what the customers want? At a Nasscom panel to discuss customisation and integration - moderated by NDTV Gadgets Editorial Head Kunal Dua - we discussed this and more with various industry experts.

According to R Chandrashekhar, President, Nasscom, intuition is what you use when you run out of data, and that good business requires both data and intuition. "Intuition will tell you what the options are, while data can tell you which one works best," says Chandrashekhar.

Tanuj Mendiratta, Co-Founder and CEO, Appiterate, provides an example that underlines Chandrashekhar's point. Appiterate is a company that allows developers to do A/B testing of design on live apps, with India-based taxi company Olacabs as one of its clients.

"Olacabs wanted to turn usage into referrals," says Mendiratta. "They had been trying to make sense of data to increase their footprint on mobile, so they partnered with us in order to strengthen their data science and leverage it to improve user acquisition."

Emphasising the importance of design in success - or failure - of products, Muki Regunathan, Founder and CEO, Pepper Square, described how the same experience that Olacabs had, is equally true on the Web.

"We used an analysis backed approach, and on one of the projects that we were working on, all we did was change the shape of the call to action button. This one small change led to an increase of 250,000 tickets."

Testing design and content features is a well-established field, and there are several companies that work in this area now. Appiterate - which received VC funding earlier this year - is just one of them, but the Gurgaon-based company already has an impressive client roster, including Spice Labs, Ibibo, Reviews42, Taxi for Sure, and of course Ola.

The company claims to be the only A/B testing product that has a simple drag and drop interface that any business can use to easily test its apps. These changes can be made to live apps, so that the testing is done in real market conditions, and real user behaviour can be studied to gain data.

However, real change to the user experience will only come once this data is shared between different apps, leading to a greater degree of personalisation, instead of customisation, says Ravi Gururaj, Chariman, Nasscom Product Council, and Chairman and Co-Founder, Frictionless Ventures, a funding and incubation company with a focus on cloud, mobile and big data software product ventures.

"The new customisation is going to be personalisation," says Gururaj, "And what will happen is that you will get app-like experiences inside apps. You'll have containers, that bring together a lot of different functionality instead of needing lots of disparate apps."

One roadblock in India towards this end is the slow uptake of API use by developers. Chandrashekhar also points out that as long as companies try to control linkages, developing new ideas will remain a challenge.

"Real growth will come through organic partnerships," he says, "with people who you have never even heard of."

"People are not open to opening up," says Gururaj. "But integration is the norm. No one can make an end to end product now. Even the phones you use, they come from so many different vendors. Then there is the app ecosystem, which is in turn supported by more ecosystems. [People need to] learn to grab and deliver value to the ecosystem."