How India's Insuretech Startups Are Battling Against Their Biggest Problem: Consumer Mistrust

Insurance is boring. It involves too much paperwork, tries to sell something that many people think they won't need, and its target audience has a degree of mistrust over whether claims will be processed when the time comes. Insurance is not an investment, according to financial advisors, but way too many people - especially in older generations - have used it as a long-term investment tool.

The company that's made the biggest bet on these features is Toffee Insurance. Toffee specialises in bite-sized insurance policies with small premiums and ultra-specific covers, such as dengue insurance. Its focus is on making policies more relatable and speeding up the on-boarding and claims processes. To do that, it had to work out how to reduce the dreaded paperwork that comes with most standard insurance policies.

“There has been no rationale with the insurance companies as to why they need so much information for a policy," says Toffee CEO Rohan Kumar. “A lot of the information asked from the customer is redundant.” Toffee claims that it tries to capture only the information that's actually relevant to the policy, which helps reduce the time taken to sell a policy while minimising the paperwork involved. 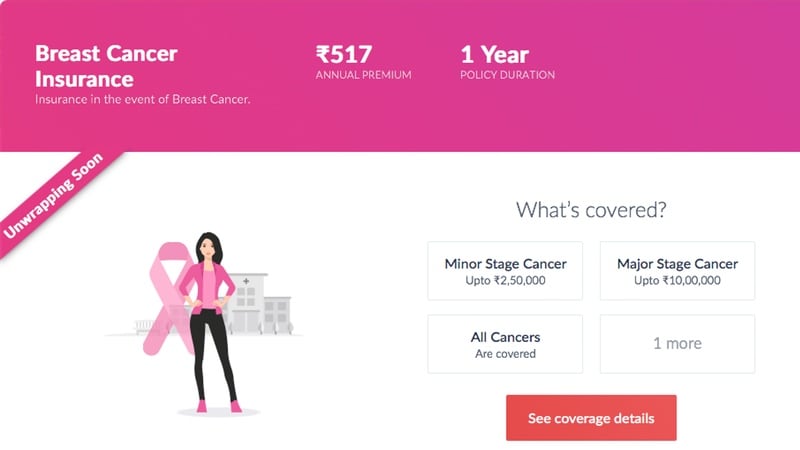 AskArvi, an insurance tech startup that is trying to make insurance more approachable via a chatbot, faces this issue a lot when trying to sell traditional insurance policies. CEO Sushant Reddy says, “The way that we are doing it is we don't ask customers to fill numbers. We ask for a picture of an RC book to reduce the data you have to fill.”

Even though the startup claims that it has reduced the bike insurance process to just 90 seconds, the fact remains that as long as you are selling broad policies such as health insurance, someone has to do the paperwork. “Imagine if a customer can record himself in selfie form and explain in five minutes what happened rather than filling form after form,” he says when asked how paperwork could be reduced.

“We are planning to strip down that health product into smaller products which are scenario based," Reddy adds. “A product which only covers breast cancer or viral disease, those are the kind of things that we are looking at from an insurance standpoint.” He tells Gadgets 360 that the company's customers tend to sit over decisions for a week at least for general health insurance where premiums tend to be in the range of Rs. 10,000 per year and that they need a lot of prodding before they sign up.

“We're looking at products in the range of Rs. 1,500 to Rs. 3,000,” he says, adding that these smaller insurance policies are much simpler to implement and more likely to sell. 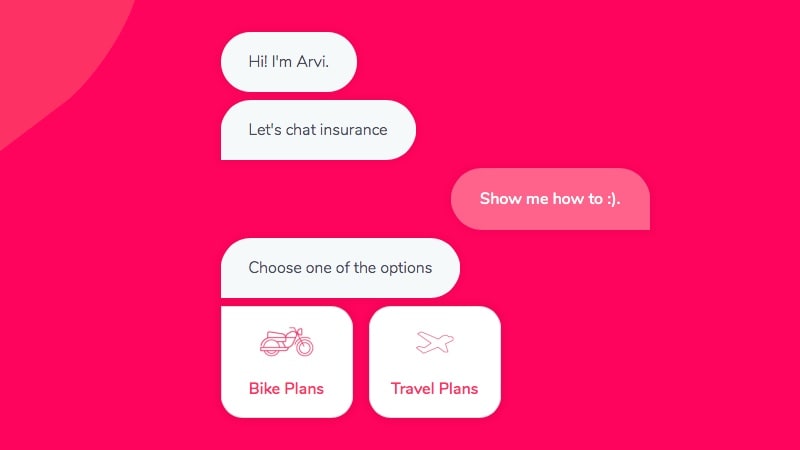 Arpita Mitra, senior research manager at IDC Financial Insights highlights this change, as she says, “What initially started as price comparison websites, has now evolved into multidisciplinary insurance and other financial products advisory and sales platforms. Emerging business models like insurance marketplaces, episodic insurance, or on-demand insurance will redefine perspective of how an insurance business is sold.”

Mitra says another challenge is that in India, people aren't very likely to look for or buy insurance online. “The segment for digital-only insurance looks encouraging with a pipeline of other insurtech companies such as Acko, Toffee Insurance, Digit Insurance, and others. As compared to the traditional insurance companies, these insurtech firms do not carry the burden of legacy systems,” she explains.

In spite of not carrying that burden, Toffee Insurance's Rohan Kumar calls insurance a “push” product — one that requires even nimble startups to prod people into buying, rather than people approaching them en masse. “Typically when somebody takes insurance product worth Rs. 4,000 or Rs. 5,000, they ask how will I get a return on this?”, he says, adding that's less likely to happen when they have to pay less than Rs. 1,000 per year.

Another reason why people avoid buying insurance is the way it has been marketed. Personal accident insurance policies, says Kumar, have been sold as something you need in case of death or disability. He explains this doesn't appeal to most people as they feel it's unlikely to happen. “The more common scenario is that you had an accident and a fracture. You went to a (doctor) for stitches or bandage or a fracture. These are known scenarios like people like you and me have been through,” Kumar says, when speaking about what Toffee's personal accident insurance covers.

AskArvi's Reddy echoes Kumar's thoughts and adds that the company is looking at an insurance policy that covers six to seven clinic visits per year.

“ICICI Lombard has a product which does OPD. Again there are certain challenges — frauds increase, hospitals and clinics have to be in the insurer's network. Lombard has built a feasible network in some cities, but not everywhere,” he says. The idea being a policy that covers your visit to the doctor for fever is far more likely to sell than one that only covers costs when you're admitted to a hospital for at least 24 hours.

Toffee's Rohan Kumar says that many people won't even consider getting insurance policies because of the mistrust around claims being processed. Toffee is trying to change that by offering quick settlements by letting people upload a few basic documents online and concluding the payout within 48 hours.

“For dengue insurance I have a Rs. 5,000 pre-approved limit," says Kumar. "Within an hour my platform does the algorithm checks, CIBIL rating, etc. and is able to approve the claim within the hour and begin the payout process between 24-48 hours. The same process through Apollo Munich's site will take you three weeks to get Rs. 1000 back." 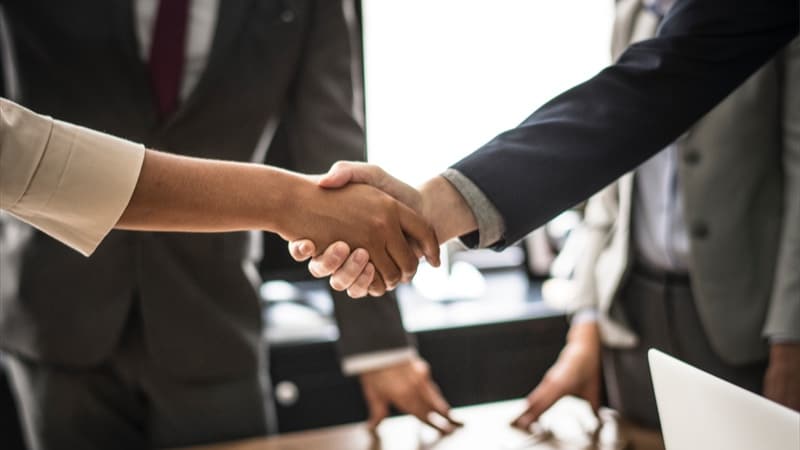 Kumar adds that the company is looking at integrating UPI for claims to speed up the process. However, both Toffee and AskArvi are far from processing cashless claims because of the licenses and the infrastructure set up needed to implement this.

Both startups claim that they have the necessary checks in place to combat insurance fraud. Toffee has a bunch of checks that automatically redirect possible fraudulent claims to its team, instead of approving the claim, while AskArvi's upcoming insurance products will require certain fraud checks too. AskArvi plans to launch a wallet insurance and mobile insurance for screen damage, and in both cases it will have to draw a stringent process to combat fraud. Reddy claims that the company plans to insist on official FIRs in cases of theft to implement this for wallet insurance, and more details are being worked out before the product launches.

Smaller and simpler policies are a positive step, but it's going to be far more difficult to make people get over their mistrust of insurance. IDC's Mitra says merely simplifying terms and conditions associated with insurance policies isn't going to be enough. “…majority of the customers tend to trust the other customers' experiences, their friends and families to decide," she says. "Only focusing on providing a strong customer experience will not be enough to retain the loyal members.” This, in a nutshell, is the uphill battle that insurance tech startups are facing.

Further reading: Insurance, Insuretech, Toffee Insurance, AskArvi
Pranay Parab Email Pranay Pranay is in charge of podcasts and videos at Gadgets 360. Over the years, he has written over 500 tutorials on iPhone, Android, Windows, and Mac. He has also written in-depth reported features on the intersection of technology and culture, reviewed fitness wearables, been the social media manager, started two podcasts, and produced several tech videos. He loves travelling, particularly to places not frequented by tourists. He keeps running half-marathons across the country and hopes to complete ...More
Twitter Threatened With Shutdown in Pakistan: Report
Kerala Floods: How Google, Jio, Airtel, Vodafone, Idea, and BSNL Are Helping the Affected

How India's Insuretech Startups Are Battling Against Their Biggest Problem: Consumer Mistrust
Comment