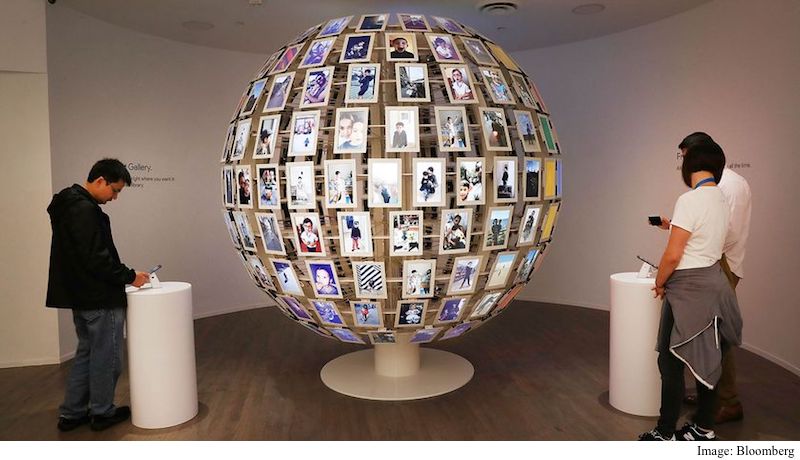 Hafner captured the mood well. Despite more than $15 billion (roughly Rs. 1,03,102 crores) in annual revenue and hefty profits, online travel agents like Priceline and Expedia. are increasingly wary of Google encroaching on their turf. That's lifting tension with a sector that's one of the Google's biggest advertisers.

The two camps once lived in harmony. The travel giants appeared on top of Google travel search results, either by buying ads or tweaking their websites to suit Google's algorithm. But in recent years, Google remade its search engine to show its own flight and hotel information above links to Priceline and Expedia. It launched a trip-planning app in September and sometimes lets travellers book hotels and flights on Google. Some industry players expect more direct competition like this.

"Google has a bigger vision than just purely how much they're making on ad revenue," said Kayak co-Founder Paul English, who left in late 2013 and is now building a travel-concierge service called Lola.

Google travel executive Oliver Heckmann has the tricky job of keeping online travel agents happy while building increasingly competitive services for consumers. These advertisers need Google as much as the Alphabet Inc. unit needs them, but he's always mending fences.

"If I look at the industry, everybody is sort of collaborating and competing with each other," he said, while dismissing concern about a larger threat from Google. "I want to get a margarita every time I have to clarify that misunderstanding."

In an interview at the Phocuswright conference in Los Angeles, he said Google won't become an online travel agent with full booking capabilities. Instead, the company's goal is to provide travellers with the best information. Google can deduce that someone searching for information on the Zika virus is planning a trip, and send them a travel deal before they ask for one. Expedia can't do this by itself, he said.

That's not enough for some in the travel industry who worry the Internet company could relegate online travel agents to background order takers - sitting between end providers, like hotels and airlines, and Google controlling the front-end experience. Expedia and Priceline would process transactions and deal with customer service problems, but it may be harder for them to build a connection with users to cross-sell things like rental cars.

In 2014, Google argued against a planned US Department of Transportation measure that would have regulated the company as an online travel agent. (The DOT imposes more requirements, like fee disclosures, on companies that handle travel bookings, while firms that just provide information and refer customers have more freedom).

Five other companies, including Kayak and TripAdvisor., supported Google. TripAdvisor, which started out as a travel information provider, recently started direct bookings on its own site to diversify away from making money by referring users to existing online travel agents.

Google has taken similar steps. It offers a feature that lets people who've already shared credit card information with Google to book some hotels without filling in that payment data again on travel agents' sites. Heckmann insisted the tool isn't a first step toward handling bookings completely and said the actual transaction still takes place on travel agents' computer servers. Google is just trying to speed up the process, he said.

Still, Google also offers a "Book on Google" feature when people search for flights. In some cases, users can purchase tickets without leaving Google. The company passes passenger details and payment information on to booking partners, which could be an airline, not just an online travel agent, according to Google's support website.

And in July 2015, it launched a partnership with travel technology provider Sabre Corp. that lets travellers search for hotels on Google Search, Google Maps or Google+, and then book a room directly with the hotel without leaving the page.

Google's latest moves are the most aggressive, and the most likely to push online travel agents into taking some of their marketing dollars elsewhere. Priceline and Expedia each spent more than $1 billion in the third quarter to get customers to come to their sites to book trips. Much of that went to Google, putting Priceline and Expedia among Google's top 10 search advertisers.

Google ad revenue from the sector is still solid, but Google is making a risky bet, said Jason Hartley, a search marketing executive at ad agency 360i. OTAs already advertise on Facebook and expect the social media giant to build more travel marketing options in the future.

Google has "probably done the math, and they've figured out that they have more to gain than to lose," Hartley said. That calculation involves the rise of mobile devices and voice-based digital assistants, which is changing how travellers research and book travel online. Smaller phone screens and information delivered only by voice won't support traditional text-based search ads and will require Google to offer simpler experiences with fewer steps.

Some online travel executives said their own nimbleness will fortify them against Google's entry.

"Google is an advertising platform and everything that we've seen of them is they're going to continue being an advertising platform,'' said Expedia Chief Executive Officer Dara Khosrowshahi. "Google might let some searchers bypass Expedia by sending them straight to hotel and airline websites but the reality is Expedia, as a tech company, is much better set-up to work in Google's universe to capture customers."

Hotels and airlines are less prepared for combat, he added.