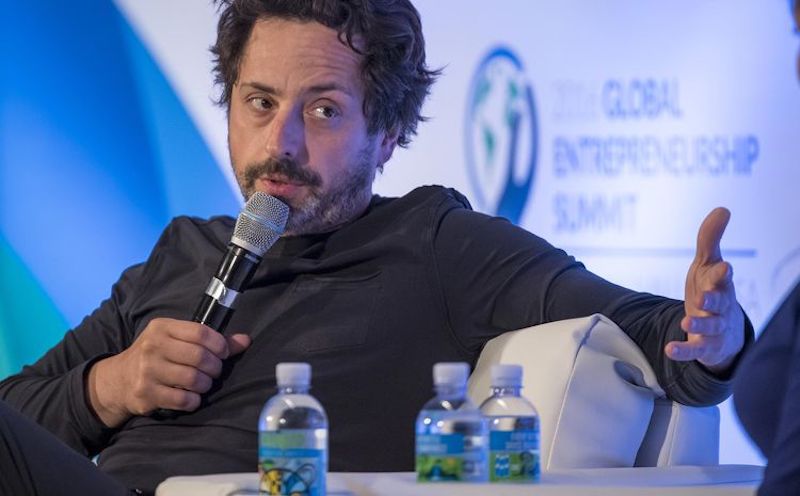 Alphabet Inc. has been one of the world's biggest spenders on artificial intelligence. The advancements have even surprised company co-founder Sergey Brin.

Speaking at the World Economic Forum in Davos, Brin said that when he was in charge of Alphabet's research group he didn't pay much attention to a team working on artificial intelligence. Now the technology, operated by a division of the company called Google Brain, touches nearly every piece of its business, including translation, photography and advertising.

"This revolution," Brin said, "has been very profound and definitely surprised me even though I was right in there and could throw paper clips at them."

Business leaders, politicians, economists and others attending the annual Davos retreat in the Swiss mountains have been debating the political and economic fallout from the globalization policies that conference attendees have long advocated. Advances in artificial intelligence and automation are ushering in changes to industries ranging from manufacturing to law, threatening to eliminate many jobs. Brin said technology's evolution is "inherently chaotic" and changes require debate about the proper ways for society to adjust.

"These are deep and powerful philosophical questions but I don't know that we're equipped to answer them," said Brin, adding that education should be more easily available.

Expressing optimism, Brin said automation may allow people to take up more intellectually demanding, creative or artistic pursuits. "Some of the more mundane tasks are alleviated through technology and people will find more and more creative and meaningful ways to spend their time," he said.

Still, he cautioned that the future is impossible to predict. "It's an incredible time and it's very hard to forecast what can these things do," he said. "We don't really know the limits."

Brin, who co-founded Google with Stanford classmate Larry Page in 1998, said it was his first trip to Davos in eight years. Observing the soul-searching among those attending about globalization's impact on people's lives, Brin joked that it reminded him of another event he's attended.

"I kind of feel like I'm at Burning Man," he said. "Almost. Except we're all wearing clothes."