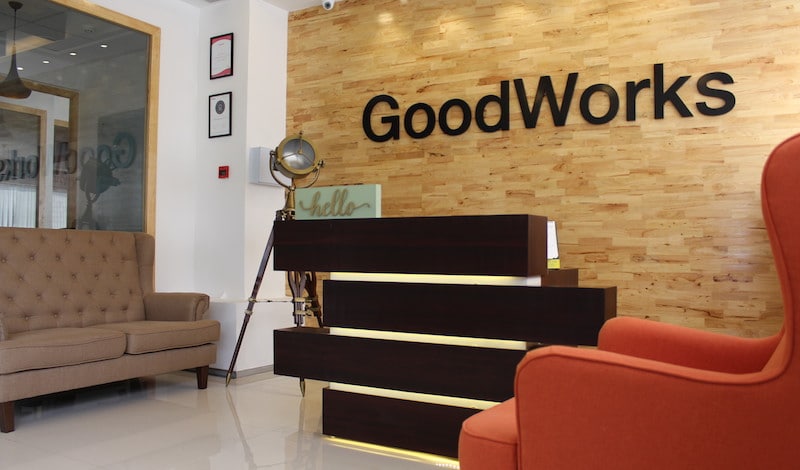 GoodWorksLabs started its journey in 2013 as an outsourced product development company. It works with other developers to help design software products, games, and enterprise services. Vishwas Mudagal, the CEO and co-founder of the company, told Gadgets 360 that the company, which has employees in Bengaluru, San Francisco, and Kolkata, has seen 500 percent growth year on year.

And as it's grown, GoodWorksLabs seems to have edged into a second line of business as well - one that has also seen a lot of interest and growth, according to Mudagal. From being a software company, GoodWorks has started to transition into a co-working space.

"Early this year, what happened was, that I spent about 4-6 months in the US, and we have our office in a co-working space in the US," Mudagal explained. The move was done for financial reasons, but it ended up bringing additional benefits as well. "We've made a lot of connections, and collaborated with so many companies simply because we're in the same co-working locations. It's a great way to work," he said.

Based on this experience, the company decided to turn its own office in Bengaluru into a co-working space. "When I looked at Bangalore [Bengaluru], I thought it was a great way to build an engagement platform for us, for our parent company," explained Mudagal. "So we started GoodWorks CoWork, and we made it a very beautiful kind of space where entrepreneurs and startups can come in, and join a grade-A office space at a nominal rate, and we're going to help them to collaborate and be successful together."

The idea behind the move was simple. The company would provide guidance for HR compliance, legal support, financial planning, and so on to startups, while giving itself the opportunity to identify startups to invest in and collaborate with.

Space at the GoodWorks office sets you back by anywhere between Rs. 6,000 per and Rs. 12,000 per month, depending on the inclusions, Mudagal said. It's not the cheapest, he admitted, but added, "for people who only want price, we're not great. We're targeting someone more conscious about value."

"We floated an angel investment fund, we want to invest between Rs. 20 lakh and Rs. 1 crore in three startups every year, which will create an engagement model for our company, where we can start giving leads, and connecting that business for us. And this is something that again, the co-work helps us to find people" Madugal added.

Anyone can come to work with GoodWorks CoWorks but Mudagal says that the company looks at tweaking the mix of occupants for better collaboration. "There are some companies doing automation, others doing HR tools, others in shared economy, it's a very diverse group, and we're trying to figure out synergies," he said.

The company may not have planned to get into the real estate business of co-working when it launched, but Mudagal says that it's been a helpful development, but adds that it's a very competitive market. "The shared economy concept, like Ola, Airbnb already did that, and now it's happening for the real estate/ office space industry," he said. "There's no getting around this now, and no one is going to invest in big time lock-in, advance pay spaces. Only large companies will be doing that, so there's going to be a lot of growth in this, and they will be a lot of demand, so plenty of competition."

For people who are just starting off, or freelancers who need a place to work from for a day or two, there are plenty of other options that are cheaper and more flexible, and Mudagal said that the space is more suited for funded startups who are looking for an office culture and opportunities for collaboration.