From the High-Flying to the Practical: CES 2016 in Brief 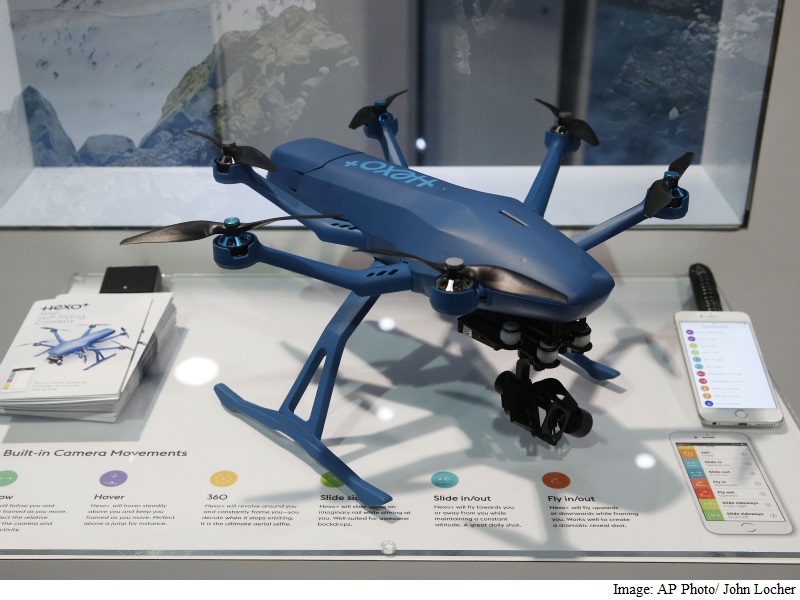 This year's CES gadget show, like ones before it, showed off a mix of the dreamy and the practical in technology. Gadget prototypes promised us fully autonomous vehicles carrying commuters on the streets and in the sky, while gizmos went on sale that aimed to solve daily problems like restocking your fridge.

Here's a quick summary of the highlights of CES 2016:

Drones
Drones might no longer be just a toy for hobbyists or weapons for the military. Chinese drone maker Ehang Inc. unveiled what it called the world's first drone capable of carrying a human passenger, a four-armed quadcopter with eight propellers that it said has been on more than 100 test flights, including some with a human passenger.

The idea is to set a course and then sit back for about a 20-minute ride - assuming, of course, that regulators approve, which will probably be a long haul itself.

Companies are making drones smaller and smarter than ever for that high-tech selfie. Many can hover and shoot up to 4K video, and several companies are working toward including a "follow me" function that would let drones fly along above or behind you, shooting video all the way. Some such drones are so small they fall under the minimum weight requiring registration by the Federal Aviation Administration.

Connected cars
Automakers and parts suppliers took further steps to make autonomous driving a reality. Quanergy, for instance, announced a low-cost version of laser-based sensors called Lidar that cuts the cost of outfitting autos with the technology to around $1,000 per car from about $70,000.

Israeli company Mobileye and German company Here announced plans to start making super-detailed road maps based on cameras and sensors that exist in cars today. Those maps will help autonomous vehicles navigate in poor weather. Owned by Audi, BMW and Mercedes, Here said it plans to have detailed maps of the highway networks in North America and Western Europe by 2018. 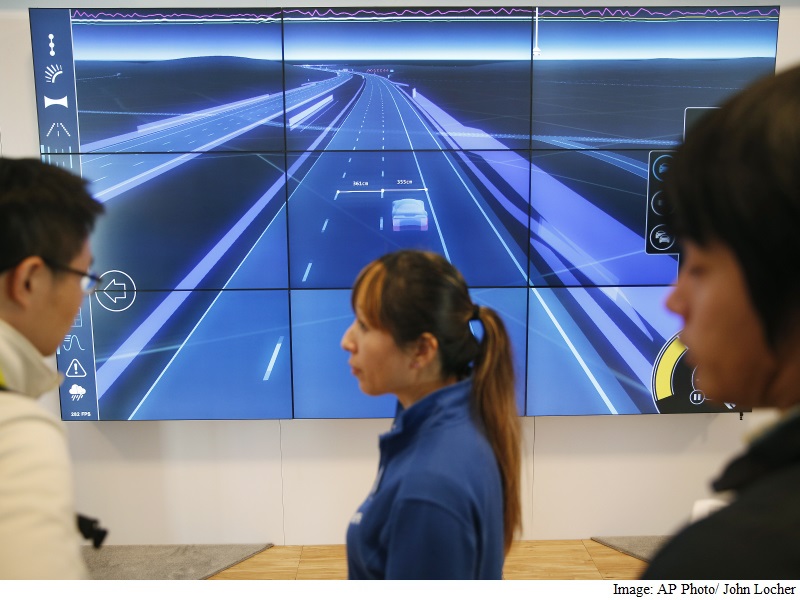 HTC says it's launching the latest version of its Vive headset with a front-facing camera that allows users to do real-life things like take a drink or sit down without taking it off. A startup called uSens showed off a prototype headset attached to a Samsung Galaxy S6 smartphone that had forward-facing infrared and optical cameras so wearers could use their hands to manipulate virtual objects. 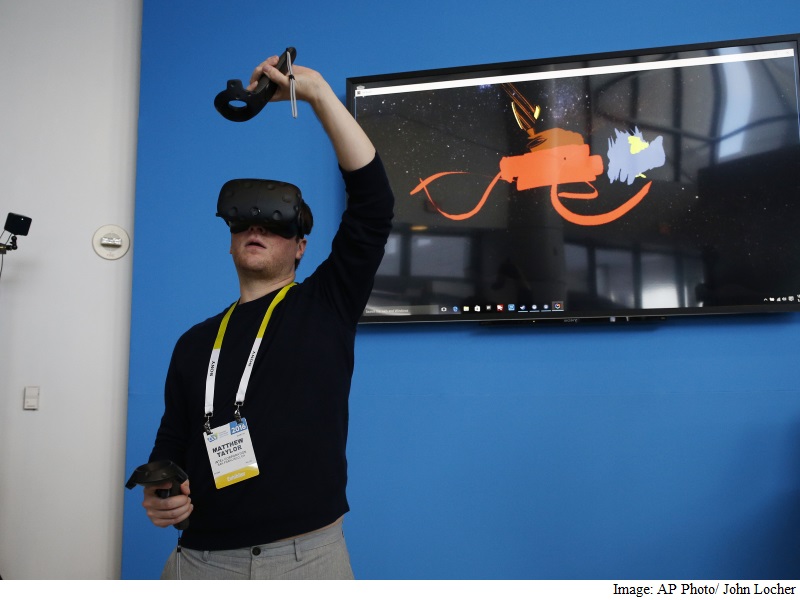 Google and Lenovo announced a consumer mobile device would go on sale this summer that incorporates technology from its depth-sensing Project Tango robotic sight technology. That could make it easy to do things like get turn-by-turn directions indoors or measure dimensions in a room just by using the device's cameras.

But the biggest news was the sticker-shock of Oculus' consumer version of its Rift headset, which the company priced at $599 (roughly Rs. 40,000) - or $1,499 (roughly Rs. 1,00,330) with the high-powered computer necessary to make it work. Facebook-owned Oculus began taking orders Wednesday for delivery starting at the end of March.

Smart home
More intelligent home appliances that can tell people how well they're sleeping, order more dishwasher detergent and know how much ketchup is likely left in the bottle were among the gadgets on display at CES. 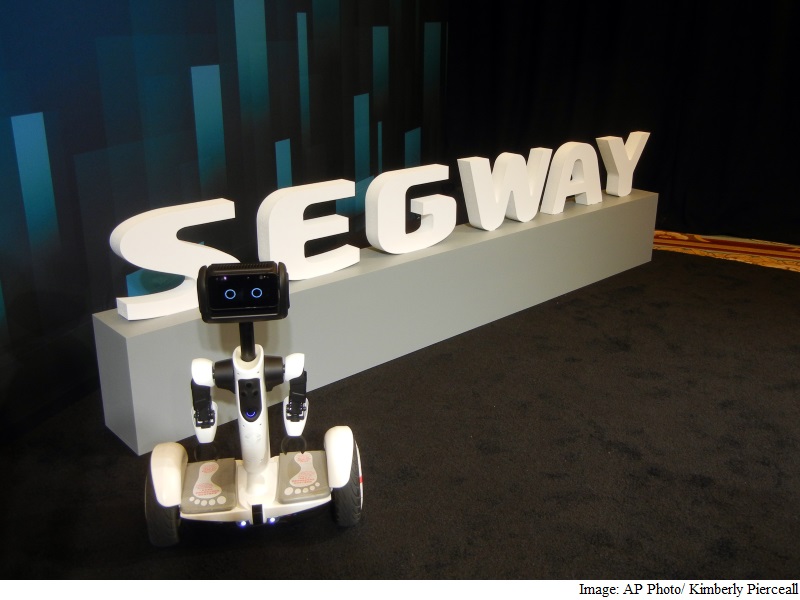 Segway, the maker of the two-wheel transporters popular with city tour guide companies, hopes that by next year people might add a personal robot to their homes to carry the groceries home.

That's if the milk, butter and bread weren't already ordered and delivered with a touch of a button on a fridge door, a technology unveiled by Samsung and Mastercard.

Kids
Companies are hoping new parents in the not-so distant future won't just want to share photos of their new arrival with Grandma. They might also want to presage that with a clip of the baby's heartbeat, while still in the womb.

The newest baby monitors on display this week come equipped with smile detection, in the case of Motorola, or senses and records the baby's breathing with First Alert's One Link system.

Most if not all are sold as consumer devices, steering clear of any medical claims requiring FDA approval. That includes a $250 sock equipped with a pulse oximetry device from Owlet. It can keep tabs on the child's breathing and heartbeat with the aim of alerting parents via their smart phones if either seems irregular.

TVs
TV makers like Samsung, LG, Sony, Hisense and TCL touted a new standard for screens called HDR, or high dynamic range, which show images with higher contrast and more vivid colors. The new tech creates another chicken-and-egg problem for the TV industry, as only a handful of movies and TV shows have been reissued in a format that takes advantage of HDR.

There are also disparate standards that might end up confusing consumers; some flavors of HDR are branded "premium" while others only processed HDR signals but don't relay all the benefits to the screen.