From Myntra and Flipkart to Tech Providers, How AI Is Driving Fashion E-commerce in India 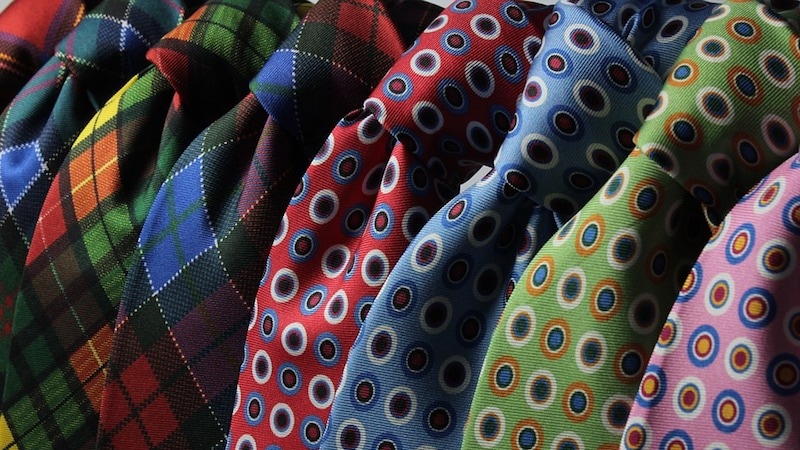 In an industry that's full of buzzwords, nothing is more talked about these days than artificial intelligence and machine learning aka AI and ML, respectively. People like Microsoft's Satya Nadella, and Google's Sundar Pichai have both talked about the subject on their visits to India, and you see it in anything from chatbots, to smarter assistants, to industrial automation.

But one area where these technologies are starting to be deployed in a large scale without necessarily being noticed is actually e-commerce - or more specifically, fashion e-commerce. Krishnendu Chaudhury, Principal Scientist and Head of Image Sciences at Flipkart, has the air of a university professor, and the scientist, who was formerly leading image processing and computer vision projects at Google, holds forth on how the company is making use of AI.

"It's [AI] been something we have worked on for a long time, but it was still out of reach for most people," says Chaudhury, who spoke to Gadgets 360 at the sidelines of Intel's first AI day in India. "Deep learning has caused a major change today, and so AI is now being deployed in a big way. There were other factors as well; hardware advances, the availability of big data, and cheap storage and connectivity."

Data, Not Just GMV, Is the New Currency to Measure Success of Big Sales, Says Myntra

With these changes, technology that so far has seemed like science fiction is getting much closer to reality, and it's based on the gathering of copious amounts of data. As Myntra's CTO, Ajit Narayanan told Gadgets 360 in an earlier interview, "the best thing about a sale is that it generates a large amount of data. You hear a lot about the sales amount, and the revenue, but the consumer data has so much real value, to build a better experience for our users."

Using AI, Myntra is able to predict how people will shop on the website, which allows it to build models of traffic and plan its servers accordingly. It's all very behind the scenes and unexciting on the surface, but it can be the difference between a site that works flawlessly or slows down to a crawl on the day of the big sale. For e-commerce companies, that's an offering of immeasurable value.

But AI is also used to make the stores 'smarter', for want of a better word. According to Flipkart's Chaudhury, one subset of machine learning called computer vision is becoming extremely important to the companies.

"There are two immediate use cases, one is visual recommendation, and the second is visual search," says Chaudhury. "So the first is based on the idea of visual semantic embedding, for pixel aware search."

What this means, he explained, is that Flipkart's AI can look at an image, and identify its properties. It can tell things like the colour, cut, and so on. "So if you search for a red t-shirt, it might have given a wrong result because the description had some word like 'red-hot' in it, but with AI the search isn't just dependent on keywords," explains Chaudhury. This same technology can be used to generate recommendations for similar products, to ensure that they are actually similar, he added.

Visual search on the other hand means searching by using an image. "Suppose you come across an image on the Internet and you want the same kind of product, you can upload the picture, and we should be able to say, yes, we have it, here it is," said Chaudhury.

Of course, all of this isn't easy, and that's why you big companies like Flipkart, or on a more general scale, giants such as Google, Microsoft, Facebook, and just about every other tech company you can think of is investing heavily in AI.

AR? VR? Chatbots? What the Future of Google Search Could Look Like

Bridging the gap for smaller companies are third-party providers who develop the technology to sell as a service. Delhi-based Talespin is one such example. The company has been working with brands to create intelligent catalogues, and it has also been offering a chatbot based shop-assistant solution for offline retail.

Apart from that, Talepsin is also working on a visual search solution, the company's founder Tanay Dixit told Gadgets 360 over an emailed conversation. "On the technology side, we have this solution in place wherein a combination of similarity, classification and tagging gets us closer to higher and better accuracy," explains Dixit. "The challenge we faced was that Talespin is on the retail stores' touch device making it difficult for a user to upload an image. This would ideally work best on apps and websites wherein the user can upload photographs from his/ her gallery."

Gurgaon-based AI startup Staqu is also working on image-based AI technologies. Its founder Atul Rai spoke to Gadgets 360 over the phone, and said that he has been working on machine learning, and computer vision for the last five years.

"There are few companies that can extract information from images, and that's the need we wanted to address," says Rai. "For us, e-commerce was a natural place to start because it is a very image rich industry. And when you're a customer, and you want to buy something, it can be hard to describe, but if you can upload a photo, that's much easier."

Staqu offers its API to e-comerce companies who can use it to enable image search, generate metatags, or provide recommendations. "We're already working with Paytm, so they can build the search term database quickly and in a very cost-effective manner."

According to Rai, it works out to around Rs. 5 to Rs. 10 per product to use the service, and the results are much faster than having the data generated manually. But that's just one side of the picture. The company also does trend analysis by having the AI look at videos.

"Bollywood is a very big fashion influencer in India," says Rai, "so one of the things we did was analyse Bollywood songs and movies, by looking at the videos that are available on YouTube, and generate predictions on trends."

This kind of work is also being done by others. For instance, Myntra's Narayanan told Gadgets 360 that it wants to use trend analysis to determine what will be popular, in order to help in the sourcing of products.

"We use neural network based click prediction to figure out what you're going to go to next on the store," says Flipkart's Chaudhury, adding, "and AI can also do sales prediction. Like for example, you can make the connection that iPhone sales depend hugely on media hype. Now, our abstraction trained brains will pick this out, but the machine needs to learn this, so it can make the right decisions."