The Indian e-commerce space is getting increasingly competitive, as consolidation and huge investments are tying up the mature business verticals like electronics, books, apparel and toys. With Amazon and Flipkart growing rapidly, more and more companies are starting to look in new directions for growth - and this isn't just limited to startups. Tradus, which was regarded as a popular electronics marketplace not too long ago, recently shifted its focus towards food and groceries.

After a merger with Myntra was announced, Flipkart raised a record $1 billion in funding. Amazon responded by announcing an additional in India and added five new fulfilment centres in India.

At the same time, Flipkart has introduced features like scheduled deliveries that could be useful if you are ordering from home and don't want your package to arrive when you're at office, and thanks to tie-ups with brands like Motorola and Xiaomi, the online retailer has secured several exclusive, high profile launches which garnered a lot of attention - even if it was not all positive.

There are still a number of alternatives in the apparel category, though in electronics, the competition seems to be thinning out. Some of the standouts that still remain are the e-Bay funded Snapdeal, and the (now) RIL-backed HomeShop18, which is a mixture of e-commerce and a television shopping channel.

One business vertical which has not seen too much growth in India till now is the food and groceries segment. Most of the sites operating in this category, such as BigBasket, AaramShop, LocalBanya and Ekstop are startups, a majority of which are operational in a handful - sometimes even just one - of cities. However, there are some exceptions to this rule - both Tradus and HomeShop18 also sell food and groceries, and are active across India. 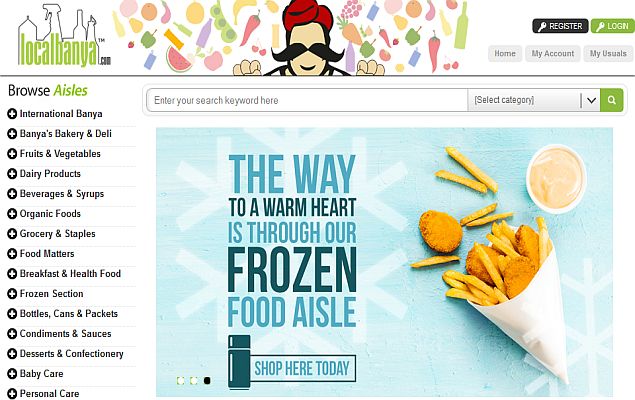 Last year, Tradus loved to call itself "the fastest online marketplace for shopping (especially gadgets)". Last week, the company quietly underwent a pivot, and is now selling groceries. We reached out to Tradus to understand reasons behind this change, but were informed that the company is not ready to discuss anything at present.

However, Tradus had started selling groceries earlier this year; but this was in addition to all the other categories. Is the dropping of everything else, a tacit acceptance of the dominance of Flipkart and Amazon in the more mature verticals?

Mihir Mukadam, Vice President Marketing at LocalBanya.com tells us that food and groceries segment that has a lot of potential, but will probably not be too appealing to big players for a few more years, until it develops. Mukadam is quite optimistic about the potential of the segment though.

It is worth noting though, the LocalBanya follows a completely different model from Tradus. While the latter has tied up with a number of local sellers, the former is managing everything on its own. What this means for Tradus is that some of the inventory is localised and not available everywhere.

This is one of the reasons why companies like LocalBanya are not tying up with local sellers.

"The problem with working with kirana stores is that your selection gets limited," says Mukadam. "Not only that, but you have to do inventory management for each partner, and these mom and pop stores don't order at the same scale as we do, so they can't offer the same value to customers either."

With its national reach, HomeShop18 also prefers to stick to products it sources directly.

"These stores are geography-specific, and with our national audience, all products have to be ones we are certain we can deliver anywhere in India," says Sundeep Malhotra, Founder and CEO, HomeShop18. "That is why the selection isn't fresh foods or products with a short shelf life, but rather things like green tea, or olive oil." 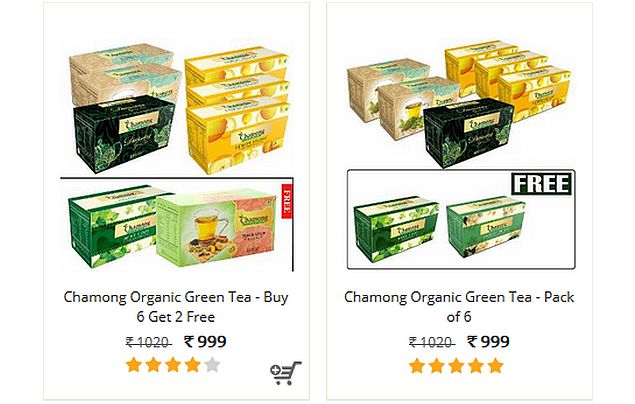 This also means that the groceries you buy from HomeShop18 are usually not impulse buys, but rather a part of your monthly shopping.

"You don't mind if your green tea takes four days to arrive - it's not like buying sabzi which needs to be cooked right away," he adds. "This too will change over time. In Korea, fresh fish is one of the most popular items. Over time, we will definitely see fresh goods being sold widely in India. Just think - three years ago, people weren't sure you could sell a shirt online. It will be a lot of work, but of course, it is possible."

LocalBanya is only active in Mumbai, but in that geography, the company is already looking at ways to address the "just in time" purchases. According to Mukadam, an order can be fulfilled in as little as six hours, if things line up properly. All this is managed from a single warehouse in Goregaon - the company buys products in bulk, so it can manage the entire logistics chain. At the national scale, HomeShop18 is operating in the same fashion.

Meanwhile, companies like Tradus and AaramShop are building out the marketplace model for groceries. What makes Tradus' approach interesting is that there is a strong location focus - and the company is trying to do everything that it can to make detection of your location as easy as possible. So, when you first visit the website, there's a full page link that suggests you download the mobile app instead, and every product page has a banner telling you that if you download the Tradus app, you get flat Rs. 100 off - all this because location detection is easier and more accurate on the mobile, and if your location is known from the start, your experience can be customised accordingly.

Unlike a HomeShop18, which is positioning itself as the place you go for monthly top-ups of tea and groceries, Tradus is looking at faster deliveries - when you realise you're running out of aata, or need Pepsi because friends are coming over in the evening - with same day dispatch and even delivery on several items.

While it's still early days for this category, and companies are figuring out what will and what won't work, it's a safe bet that Flipkart and Amazon will also take an interest in the segment at some point in time. While Amazon's only recently started expanding its grocery delivery business in the US, it's safe to say it won't be 20 years before the company does the same in India.

As Malhotra points out though, "food is a very tricky category", and anyone entering the segment is going to have to focus on product differentiation to be able to make an impact.

Further reading: Groceries, HomeShop18, Internet, LocalBanya, Tradus, e-Commerce
Gopal Sathe Email Gopal
Gopal Sathe is the Editor of Gadgets 360. He has covered technology for 15 years. He has written about data use and privacy, and its use in politics. He has also written extensively about the latest devices, video games, and startups in India. Write to gopal@ndtv.com or get in touch on Twitter through his handle @gopalsathe with tips. More
Motorola Says Bet on E-Commerce in India Worked; More Phones Launching Soon
Google Archives 1.6 Billion Facts in Race for Human Knowledge Vault