Formal Charges May Be Next in Europe's Google Antitrust Inquiry 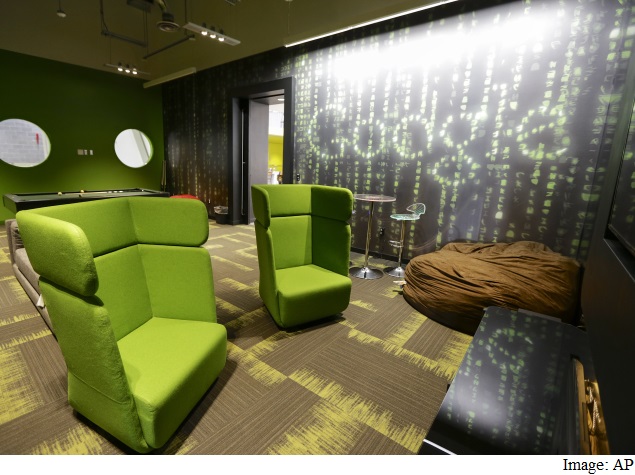 As Europe's antitrust investigation of Google has dragged on without a settlement for nearly five years, the U.S. technology giant has had some breathing room to continue its domination of Internet search on the Continent.

That period of relative freedom for Google may soon come to an end.

Margrethe Vestager, the European commissioner overseeing antitrust issues, on Wednesday will make her first trip to Washington to participate in two antitrust conferences. The visit has raised expectations that she could announce the next move in what might be the biggest and most vexing case on her docket.

Vestager could take the one step her immediate predecessor, Joaquin Almunia, tried to avoid by filing a set of formal charges, called a statement of objections, which could raise pressure on Google to settle in order to avoid a finding of wrongdoing and a potentially huge fine. She could also recommend further study or even offer the company a last shot at a negotiated settlement.

"Given the history of failed attempts to reach a commitment decision, I just don't see what she would gain from going down this route again, unless Google has promised more concessions that we don't know about," said Liza Lovdahl-Gormsen, the director of the Competition Law Forum at the British Institute of International and Comparative Law.

Without formal charges, Lovdahl-Gormsen said, "Google might try to buy themselves time by offering commitments that are unlikely to be accepted by the commission, and that it knows won't be accepted by the market, simply because it does not want to be faced with the instrument of torture - the statement of objections."

The primary issue in the European case is whether Google has abused its search engine's large market share by favoring its own products. The company's search engine, with about 90 percent of the market in some European Union countries, is even more dominant in Europe than in the United States.

Vestager is under pressure from Google's major competitors, including Microsoft, and from powerful publishers in Germany and France to use her wide-ranging authority to inject more competition into areas like online mapping, search and shopping, where European companies remain minnows.

Yet there are also trans-Atlantic sensitivities to consider: President Barack Obama warned Europe in February against making "commercially driven" decisions to penalize companies like Google and Facebook.

A statement of objections would lay out all the ways in which the European Commission believes Google has broken the law. The sending of those objections would also make it more likely that a case would end with a large fine and a demand to change business practices.

But unlike a settlement, such a decision could result in appeals by Google to the EU's Court of Justice that could take years to run their course.

In theory, the fine could go above 6 billion euros ($6.4 billion), which amounts to about 10 percent of Google's most recent annual revenue. But the largest single fine yet levied in such a case falls well short of that mark: The record penalty is 1.1 billion euros in 2009 against Intel for abusing its dominance of the computer-chip market.

Microsoft racked up a total of almost 2 billion euros in European fines in the course of a decade, including a penalty in 2013 for failing to adhere to an earlier settlement.

Some of Vestager's recent comments have raised speculation that she could be poised to take a firmer hand with the company.

On Thursday, she told a conference in Copenhagen that investigations into companies including Google were aimed at preventing "illegal use" of their "position of dominance in a certain market to make life difficult for rivals or keep them at bay."

She also appeared to pre-empt criticism that action against Google would represent the promotion of European over U.S. companies: "In this as in any other investigation, we are indifferent to where the companies involved happen to be headquartered" because "the same rules apply to all," she said.

In a speech in Berlin last month, Vestager made a reference to Google with a warning that "large and small" companies offering digital services in Europe must "compete on the merits of their products."

There has also been renewed pressure on Europe to take action since documents, first reported in March by The Wall Street Journal, showed a report by the U.S. Federal Trade Commission recommended three years ago that the agency take stronger measures against Google. The company's competitors have seized on that report, arguing that it shows that the FTC leaders agreed to a weaker settlement against the advice of their staff members.

"Google's anti-competitive behavior and restricting search does not benefit consumers and it's disappointing that with so many examples the FTC closed the investigation," Stephen Kaufer, chief executive of TripAdvisor, one of the complainants in the European case, said in an emailed statement. "We are hopeful the European Commission will come to a different conclusion."

Given its $64 billion (roughly Rs. 3,99,259 crores) in cash reserves, Google can afford to pay whatever fine Europe might impose. But that does not mean its business would go unharmed. For starters, if the European Commission orders it to reform its practices, Google might have to go through the arduous work of reshaping its business for just the European market.

There could also be the added cost of civil suits from competitors who claim Google's behavior caused them to lose money. Microsoft, for instance, is just now finishing a run of private antitrust cases that, while not directly related to its troubles in Europe, were inspired by them.

There is also the possibility that other countries will use Europe's decision as an excuse to move against Google. Tim Wu, a professor at Columbia Law School who worked on the FTC's antitrust case against Google, noted that there were only a handful of jurisdictions in the world - Europe being one of them - that had enough expertise and lawyers to bring something as complicated as an antitrust case against one of the world's most valuable corporations.

"Where Europe leads, other countries will follow," Wu said. "Probably not the United States at this point, but there are dozens of important antitrust enforcement systems, and a lot of them may be interested in piggybacking on what Europe did."