The idea of discounts and sales for Diwali is an old one - the phrase Diwali Dhamaaka Season Offer is as old as time itself or possibly even older since it used to be heard on Doordarshan. This year - possibly as a result of major investments for Flipkart and Amazon - we're seeing a huge number of deals and more buzz than ever.

And it's all just too much. If you're old enough to have been young enough when Baskin Robbins coming to India was a big deal, then you might remember the feeling from the first time you visited the store. If you asked us to choose between Strawberry, Vanilla and Chocolate, my answer was simple - give me a scoop of each and we'll call it a Neapolitan. With 31 flavours, Baskin Robbins blew our pre-teen mind.

There was no way to layer that many flavours together and that means choosing. But how can you honestly compare Cotton Candy, Mint, and Belgian Chocolate? It's like they're from three different, delicious planets. 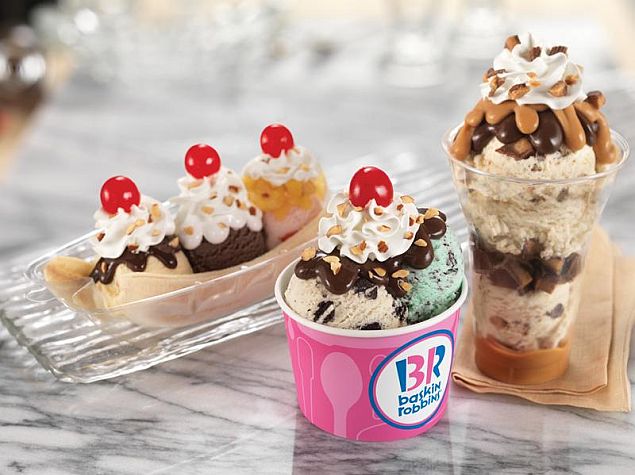 There is too much on offer! If you're smart then you'll have worked out what you wanted to buy well in advance. You would have prepared a checklist, stored your card details online, bought gift cards or taken one of a dozen different steps to ensure a smooth sale. Some people are even distributing Excel sheets to help you track the best deals!


If you're not the kind who keeps a tab with Twitter open just to track deals then all these money-saving strategies have probably passed you by, and by the time you make up your mind to actually take advantage of these great deals, everything is sold out. You're the kid who starts crying because he can't decide what to have at Baskin Robbins.

As problems go this is actually one of the better ones to have. The worst thing that can possibly happen is that you get a great deal on a product you wanted, only to realise that the next website over has the same thing for 10 percent less. If that is the worst thing that happens to you then you are leading a pretty good life.

Sure, that Rs. 24,999 iPhone 5s (which probably had exactly one unit sold judging by how quickly it got sold out!) on Snapdeal sounds amazing if you were lazy enough to miss all the Amazon sales. Flipkart is probably going to sell it at around the same price at some point today so pay attention next time and you might just have it. Meanwhile, people who're not getting deals are getting pretty angry. 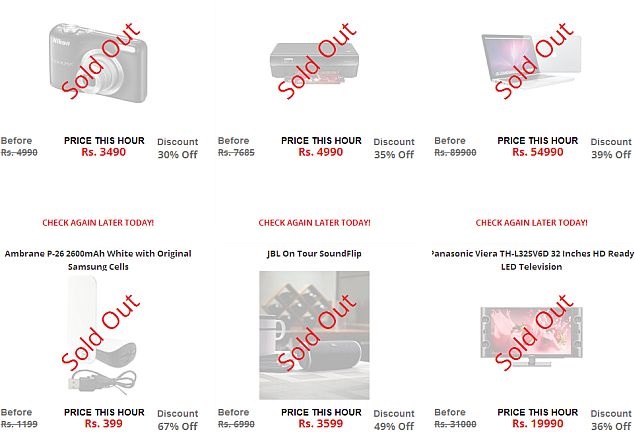 Without the deal though, you probably wouldn't have bought anything at all. That's good for your wallet, but not the economy apparently. At least, that's what the experts tell us. You've got to keep money in circulation. The only problem is that our money seems to circulate itself into the experts' pockets. Still they must know what they're talking about - they're the experts.

And that is why we have spent an absurd amount of real money, to buy virtual money, to get a 10 percent discount, on future purchases. Let that sink in for a second. Real money is forever depreciating but Gift Cards last for one year before forever... disappearing. If the product you wantedgets sold out, then you'd better find something else to buy with all that money!

We're taking our baby steps into becoming more consumerist than the US of A with Flipkart giving us our own Cyber Monday. Amazon started its Mars-deals on Friday so let's just call that Black Friday for symmetry, although all the three big e-commerce players in India are carpet-bombing the media to make sure that no buyer gets left behind.

Purely based on anecdotal evidence from a very small social circle, Amazon seems to have more of the geeky audience, while Flipkart seems to have a wider audience. Everyone seems to shop on Snapdeal, without really wanting to admit it. If the sites were TV shows, Amazon would be Community, while Flipkart would be The Big Bang Theory, and Snapdeal would be Two and a Half Men.

And if you're sick of watching ten minutes of the same ad from Flipkart, followed by a quick ad by Amazon which points out that a week is bigger than a day (referencing Amazon's 10th-16th Diwali sale) then you're not alone. You can't avoid this by turning off your television, because wherever you look, Snapdeal has a big ad waiting. If you're reading this on our website without ad blockers installed, you would've also seen a 'gentle' reminder from our friends at Flipkart that the Big Billion Day Sale is on - just in case you missed all other reminders that have been everywhere.

Unfortunately everyone on Twitter and many people on Facebook seem to be infected by this deal mania, and perhaps the best thing to do right now is to unplug for the day. Right after you buy that phone you always wanted, of course.