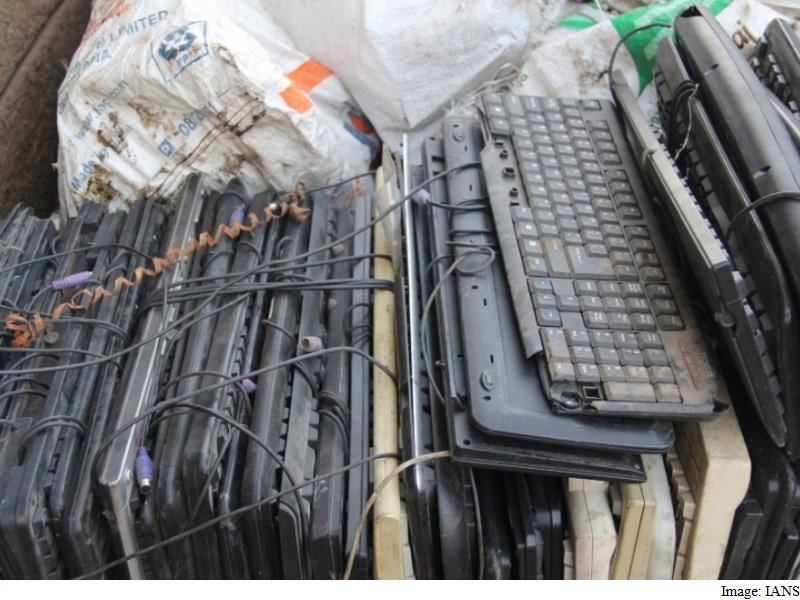 If you have no idea what to do with that ancient desktop personal computer, an old laptop or two, and a couple of smartphones and iPad tablets your kids junked when trendy, new-age variants were gifted to them - don't just blame your karma.

Instead, log on to Karma Recycling - an e-commerce website and electronics buy-back firm that deals with e-waste - and sell electronic junk along with your woes in a jiffy. The fact is that with more than 950 million mobile devices currently in use, India is the third largest market for these in the world.

Unfortunately, due to a lack of awareness and access to convenient services that allow safe disposal of these devices, electronics that could be refreshed, repaired, refurbished, resold, or recycled are either being wasted or ending up in landfills, polluting our environment.

The startup portal runs an online electronics trade-in service that allows users to sell their used or non-working smartphones, tablets and laptops and "recycle" those for use by someone else.

To sell the used device, go to the website, submit details and answer a simple questionnaire.

The website - an authorised e-waste collector - allows users to trade in over 700 models of working and non-working smartphones, tablets, and laptops.

After answering the questionnaire, it gives an exact in-store value of the gadget to be sold and within 48 hours, the company contacts the customer.

"Full data wipe and software reboot and repairing of the gadget is done. The device is properly checked and re-packaged and is sold online, through retailers, dealers and the places where people can get it easily," Ghiya informed.

These refreshed devices are re-sold through another Web portal where one can choose to buy from a wide range of certified pre-owned smartphones, tablets, and laptops with a 15-day money back guarantee.

All non-repairable devices and spare parts are scientifically recycled back into metals and plastics.

Along with the "recycled" phone, the company also provides a seller warranty of six months or 12 months, according to the model.

"We are also developing an app which, when installed, will diagnose the health of your smartphone and will tell the exact in-store value," Ghiya added.

"Me and my friend Aamir Jariwala saw the high usage of electronics in our country, approximately three-five dumped smartphone and laptops at every household that ends up in landfills. So we came up with a new idea of buy-back electronics," Ghiya added.

The firm has introduced "Exchange Hub" - a platform through which it has collaborated with major players like Bharti, Apple, Sangeeta mobiles to take old used iPads, iPhones, tablets and laptops, "recycle" and resell those again.

Asked about the response, Ghiya said: "Response is amazing so far as more and more people are now coming to the website and inquiring about our services."

"For any company to grow and become a brand, it has to face many initial challenges. Ours was a new start-up company and it was a big challenge about spreading the awareness and let people know what all services do we provide," Ghiya explained.

Karma also powers in store-exchange programmes for electronic manufacturers and retail chains across the country.

Mobile device owners can now carry their old devices into the stores they buy new electronics from.

Through a backend powered by Karma, they get an immediate in-store value against the purchase of new electronic devices.

At the moment, the company only accepts GSM phones and has 10 top brands in its slot.

"Karma aims to conserve the planet's resources by focussing its efforts on systematics electronics reuse and responsible recycling by making it as easy as possible for the common man to resell and/or recycle their used electronic devices scientifically," the founders noted.