Drones Getting in the Way of Emergency Responders 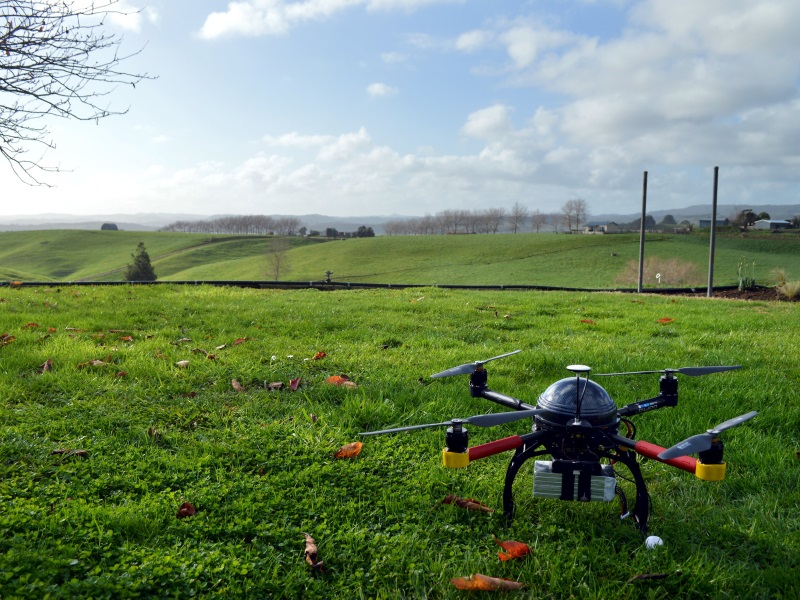 As Jason Thrasher lowered his helicopter to a park with seven firefighters aboard, he saw what he thought was another firefighting chopper battling a blaze that was threatening homes.

The California Department of Forestry and Fire Protection pilot suddenly identified the object as a four-rotor drone only 10 feet from his windshield, forcing him to make a hard left to avoid a collision about 500 feet above ground, according to a report he filed the next day.

"If that drone came through my windshield, I have no idea what could have happened," Thrasher said in a phone interview. "If that drone hits my tail rotor, for sure it's going to be catastrophic."

The near-miss last September in Nevada City, about 60 miles northeast of Sacramento, explains why drones have quickly become a serious nuisance and concern for firefighting pilots and other first responders, fueling calls for more oversight and self-policing in the skies.

The US Forest Service has tallied 13 wildfires in which suspected drones interfered with firefighting aircraft this year - 11 since late June - up from four fires last year and only scattered incidents before. Last month, the sighting of five drones in a wildfire that closed Interstate 15 in Southern California and destroyed numerous vehicles grounded crews for 20 minutes as flames spread.

"When you can't support firefighters on the ground, fires get bigger," said Ken Pimlott, director of the California Department of Forestry and Fire Protection. "It's significant, and it's a huge issue."

On Aug. 2, for the second time in three days, a commercial pilot reported a drone while approaching John F. Kennedy International Airport in New York. On Tuesday, as flames engulfed a Vietnamese restaurant in San Diego, the local fire department pleaded with drone operators to leave the area, tweeting, "You are interfering with fire operations."

Twenty members of Congress from California asked the Federal Aviation Administration last month to consider a requirement for drone makers to include technology that aims to prevent operators from interfering with first responders. One bill in the California Legislature would raise fines and introduce jail time for anyone who impedes firefighters, and another would grant immunity to first responders who destroy interfering drones.

Greg McNeal, a Pepperdine University law professor, likens worries about safety and ethical boundaries to concerns years ago about use of camera-enabled cellphones in locker rooms and other public places. Governments are wrestling with how to regulate a new consumer technology that can wreak havoc when misused.

Most operators who flew near wildfires were probably unaware of the dangers, said McNeal. Others are "straight reckless," he said, perhaps motivated to get images that no one else has to sell them.

The US Forest Service reports potential drone sightings this year in eight wildfires in California, two in Washington state and one each in Colorado, Minnesota and Utah:

A plane dropping retardant on a fire near San Bernardino, California, came within about 500 feet of a drone on June 24. Another pilot soon came within the same distance of a second drone, forcing the grounding of four firefighting aircraft for two and a half hours.

A reconnaissance airplane in eastern Washington state spotted a drone on July 11. Pat McCabe, a US Forest Service aviation supervisor seated next to the pilot, saw the drone land about three miles from the fire perimeter and get loaded into a grey or black SUV, whose driver sped away.

"The intelligence gathering stopped, and now our focus was on the drone," said McCabe.

The sighting occurred as water- and retardant-dropping aircraft were scheduled to stop for the day. If it was earlier, McCabe said those planes and helicopters would have been grounded.

A drone appeared about 200 feet from the left wing of a reconnaissance aircraft near Milford, California, on June 29. The firefighter pilot, who was about 1,500 feet above ground, left the area and was ordered to return to base.

Under FAA guidelines, drone hobbyists should fly no higher than 400 feet, stay clear of stadiums and people, and avoid flying within five miles of airports. During wildfires and other emergencies, the FAA imposes temporary restrictions.

Software, including a product from Pepperdine's McNeal named AirMap, can alert operators to FAA-restricted areas. But, some firefighting officials say, wildfires spread so quickly and unpredictably that there may be a dangerous lag before flight restrictions are in place.

The prospect of public shaming may be the best deterrent, said Jon Resnick, spokesman for SZ DJI Technology Co., one of the largest consumer drone makers.

"Technology can only do so much," he said. "At a certain point, common sense needs to take hold."