Looking for a date and don't have much faith in finding someone on Tinder? Tired of hearing about dating apps that are all but indistinguishable from each other, yet promise a special secret sauce that will get you the results that a myriad others could not? What makes two people click is still something of a mystery, which is probably you have so many companies vying for a chance to play matchmaker, but what's a person to do once ennui has set in?

How about putting someone through the sniff test, or seeing if your passwords are in sync? There are a lot of different dating apps out there, and some of them are quite unique - to the point of making us go, who comes up with this stuff? We dived into the strange world of unique dating apps, and here are some of the most surprising picks that we found. On the off chance that you'll find a match with one of these apps, read on to know the different ways you can find a date these days. For better or for worse, many of these services are not available in India, though how many you'd actually want to use is an open question.

1. Words of Heart
Date by matching passwords. Wait, what? That's pretty much the gut reaction anyone should have to this kind of an idea. Create an account, and you will be matched with other singles, based on your password, the site says. As far as ideas go, that's definitely unique. The password you use for the site will be sent in plain text, so it's not secure, and you should definitely not reuse a password here - the site cautions you about this on the home page itself.

However, given people's proclivity for reusing passwords, the risk factor seems really high. Add to that the fact that a user's password isn't properly secured on the site either (since it's not "supposed" to be a real password) and there's a risk not just of Words of Heart stealing your data, but worse, a hacker targeting it, and getting access to your other accounts. If you're sensible about your password and use something unique for this site though, it could be a good fun way to try something new.

Words of Heart on the Web

2. Hater
You may have heard about this one already, but in case you haven't, Hater is the app that connects you to people who hate the same things that you do. Which actually sounds like a good idea, even if it is a little unexpected. After all, how often have you bonded with someone by making fun of something both of you hate? 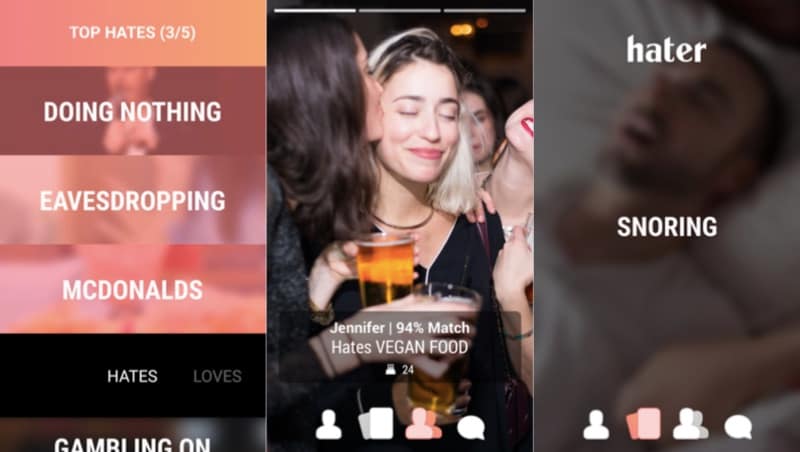 You could hate slow walkers (or close talkers), Donald Trump, or pretty much anything else, and then you get algorithmically matched with your dates. The CEO of hater says that the idea started as a stand-up comedy joke - but then the more he thought about it, the more seriously he started to take it. It's definitely a fun idea, and it was even featured on Shark Tank, where it got a $200,000 (roughly Rs. 1.2 crore) investment from Mark Cuban.

Hater on the Web | iOS | Android

3. Unveil
How about a dating app where you can't see the other person - only hear them? That's the concept behind Unveil, the voice dating app. It doesn't seem to have too many users, if the reviews on the App Store and Google Play are any indicator, but the idea is actually kind of interesting. When you first connect with another user, their picture is hidden, and you can only communicate via voice messages. As you keep chatting the picture will be gradually revealed, which, the app hopes, will make for more authentic connections.

The developer hopes this will take the focus away from appearances, as is the case for many conventional dating apps, and they're also hoping that the anonymity of the blurred faces means that people will be able to talk more honestly. Sounds interesting, at the very least.

Unveil on the Web | iOS | Android

4. Fleed for Slack
Fleed is a dating platform for open-minded couples and singles. That's not too unusual by itself - members are Facebook verified, you can list your interests, and you can go incognito if you're worried about your Facebook friends finding you.

What makes it get a little weird is that Fleed has also got a Slack integration - because after all, what could possibly go wrong with approaching your coworkers about dates using the company messaging tool? The Fleed team seems to be aware of the potential for things to go awry, because the page mentions the importance of consent and being nice. Still, if this sounds like something you want to try, bug your Slack admin and get the bot added. After that, you can @mention anyone you like to the bot, and if they do the same, you'll get to connect.

Fleed for Slack on the Web

5. Smell Dating
Billed as the first "mail odor" (we're sorry, that pun is on them, not us) dating service, smell dating believes that attraction boils down to pheromones, and so it wants to let you take a good long whiff of potential mates, to decide whether or not to set up any dates. The way it works is that Smell Dating will send you a t-shirt, which you have to wear without any deodorant for three days and three nights, and then you return it. 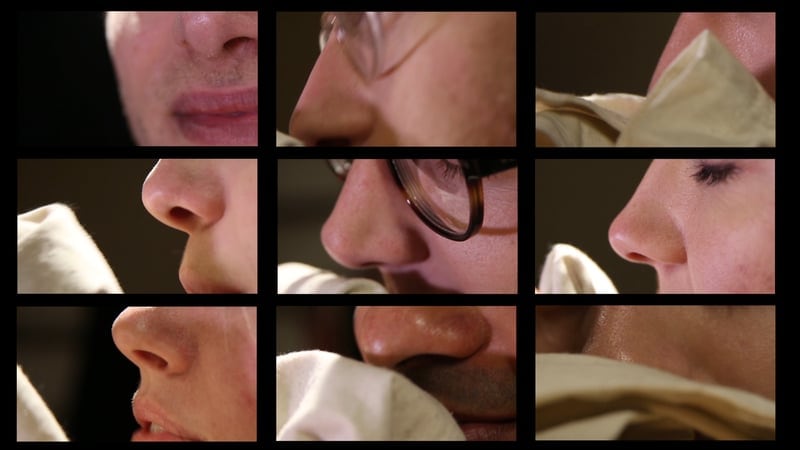 You get swatches of t-shirts after that, and if any of them strikes the right notes, and if they also think you smell nice, then Smell Dating will put you in touch, and the rest is chemistry. The service isn't cheap - you'll have to pay $25 (roughly Rs. 1,600) but that's just the cost of the service, as Smell Dating is not-for-profit, according to its creators. You can't take part right away, as the first round of matches has closed, but you can enter your email to be notified about the next round.

Smell Dating on the Web

These five dating sites caught our eye the most, though there were plenty of other interesting ideas out there which couldn't stand the test of time, including a dating app that let you connect to other Pokemon Go trainers, and here in India, a dating app to help you find the IIT graduate of your dreams.

Yakuza 6 - What You Need to Know Before You Buy
Gmail Go App Now Available for Download From Google Play Store: Here's What It Offers