Can Online Shaming Shut Down the Internet's Most Skin-Crawly Creeps? 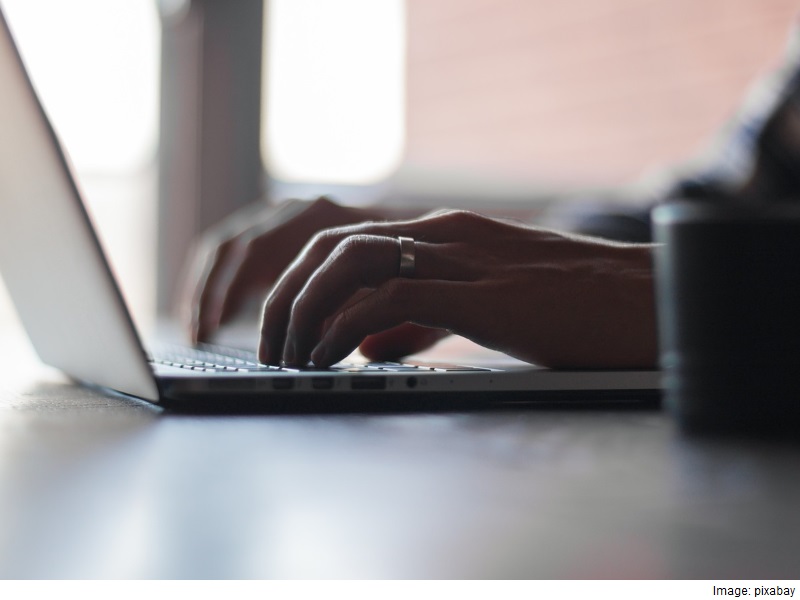 After more than 10 years in the bubbling cesspool of Internet dating, Maggie Serota is no stranger to creeps. She's gotten messages from fetishists, from sweetheart scammers, from men decades older and boys barely out of school. But in early August, she got a message so skin-crawlingly bizarre that she posted it to Twitter and deleted her OkCupid account. The sender had Googled her, studied her pictures, trawled her online profiles and compiled all his findings in a sort of rambling, backhanded dossier.

"My male friends couldn't believe it," Serota said. "My female friends were like: Yep, that's a Tuesday."

Serota's tweet has since gone viral, and reactions have been mixed. While dozens of men and women tweeted back their horror - "yikes," "disturbing," "hot garbage," - a vocal contingent seemed to feel that Serota herself had crossed a line by publicizing a private message.

It's a specific strain of online-shaming that's become popular in recent months: Women publicly sharing the sexist, sexualizing or otherwise offensive private messages they receive, both to empower themselves and to draw attention to a widespread, under-studied problem. Serota's tweets, hashtagged #OkCupid, are just the most prominent screenshots in a stream where thousands of women have posted their most appalling messages.

A popular Tumblr, Hey Sup Girl, exists solely to compile them. In the UK just last week, a young lawyer named Charlotte Proudman sparked an Internet firestorm when she tweeted a LinkedIn message from a law firm partner who complimented her "stunning" appearance.

"If women and men support each other in calling out sexism wherever and whenever it exists, then change becomes inevitable," she wrote in the Independent. "That is why I did what I did."

Plenty disagreed with this argument, of course, including one high-profile British lawyer who pronounced Proudman's career ended. But whatever you make of her tactics, she is unequivocally right on one point: "Calling out" individuals for their behavior is a pretty effective way to make sure that behavior changes.

Sociologists call this "informal social control" - the punishment we collectively mete out to people who deviate from social norms - and have documented it in societies going back to the pre-agricultural era. In fact, from the pillory to the publicized LinkedIn message, the psychological mechanisms behind public shaming have essentially stayed the same.

But the practice itself has changed radically, explains Jennifer Jacquet, a professor at New York University and the author of the book "Is Shame Necessary?" For one thing, the Internet has empowered everyone to put small-time, private individuals on blast, even without the backing of a social majority. It's also sped up, and dumbed down, the process of shaming now a mere matter of simultaneously pressing the "home" and "sleep/wake" buttons on your iPhone screen.

Most damningly, the destruction is near total: No person can escape the long and unforgetting reach of Google. In his recent book on the subject, the British journalist Jon Ronson documents the aftermath of high-profile Internet shamings: firings, breakups, months of unyielding depression. It's inarguable, at this point, that online punishers tend to forget the principle of proportion.

"It's effective, but so was flogging," sums up Irina Raicu, the head of the Internet Ethics Program at Santa Clara University. "We don't do scarlet letters anymore. We've agreed not to, as a society."

But that's kind of an intriguing reference, right? "The Scarlet Letter," for those of you who somehow avoided it in high school lit, chronicles the punishment of an adulterous woman at the hands of a bunch of powerful, puritanical men. If you speak to the women who shame men online now, many believe they're subverting power structures just like that. There's this sense of correcting a historical and contemporary wrong; of punching up at a category of smug, entitled, misogynist dudes who believe they occupy a higher rung in the social hierarchy.

Just look at the experience of Buzzfeed journalist Grace Spelman, who began getting aggressive, unsolicited overtures from the former podcaster Ben Schoen in early August. When Spelman politely told Schoen she had a boyfriend, he detonated - telling her he was "a writer, a programmer and an entrepreneur" who could have "advanced" her career and doubled her salary if she hadn't turned him down. While most of Schoen's meltdown took place in emails and Facebook messages, it's now public knowledge: Spelman put his messages on Twitter in mid-August, and hundreds of people have since retweeted them.

"The Internet is a still s***y place for women" - is how she prefaced it.

Is Ben Schoen the Internet? Is he even an adequate symbol of it? These aren't just questions for academics and ethicists and Schoen's ill-advised defenders (of whom there are, ugh, quite a few), but also for men and women who want a safer, more equitable online world. After all, the core argument of feminism is that oppression is an institutionalized problem, a system that stretches back centuries. It's for victims to choose how to confront their own harassment, of course. But by shaming individual men, pointing them out as creepy anomalies, we place the blame on their narrow shoulders -- and we give a pass to big-s Society.

Serota has thought about this unpleasant wrinkle: It's why she doesn't name the guys she shames on Twitter. (That, and if she did, she'd "lose the moral upper hand. Then it's just like - "look at that b**** who sicced her army on some weirdo.") In her tweets about the Google-stalker, and in a follow-up piece she wrote for The Frisky, Serota identifies him only as a Swedish dad in his mid-40s. She'd prefer people focus on the creep factor - "Googling was necessary and so easy," he writes, like some latter-day Hannibal Lecter than on the guy's actual identity.

Plus, when she thinks about it, she admits: "I wouldn't want someone to do that to me."

But someone did do that to her, it's worth pointing out, in December 2013: That's when the filmmaker Kevin Smith called Serota out by name in front of his 2 million crazed followers. (She'd dared to make an offhand joke about one of his films in a blog post.) The trolls promptly descended with sexist slurs and other personal attacks; Smith himself eventually issued an apology.

"I think if @ThatKevinSmith didn't want me to be harassed," Serota tweeted at the time, "he would have asked me directly and not put me on blast to his feed."

In some roundabout, diffuse way, perhaps, even Serota has been shamed into shaming more gently.