Beyond Payments: How the Unified Payments Interface Will Evolve

There's been a lot of buzz around the Unified Payments Interface (UPI), which was launched last week. The system has 19 banks on board, including well known names such as Axis, ICICI, and HDFC, and many more are expected to sign on over the course of this year, according to National Payments Corporation of India (NPCI) MD and CEO AP Hota.

As we've explained before, the UPI is a major innovation in banking that helps solve a lot of the same problems that a debit card was fixing earlier. It users your mobile as a way to authenticate your identity, essentially turning the phone into a debit card that you can use anywhere.

In a sentence, UPI allows you to instantly transfer money to someone else using the IMPS payment framework, without having to know their bank account number or IFSC code. All you need is their virtual identity, which could be gopal@icici (just as an example), or 1234567890@axis (just replace 1234567890 with your phone number here).

The system would instantly verify the payment requests on your phone, so it's as secure as existing methods, and this means that you could easily make a payment online without having to jump through the various hoops that net banking, or even card payments, put you through.

But apart from that, it's also important to remember that the UPI is not the final stopping point that the NPCI has been looking at. In a 107 page document detailing the technical specications fo the UPI, the NPCI talks about various features that have barely been discussed in public at this stage. 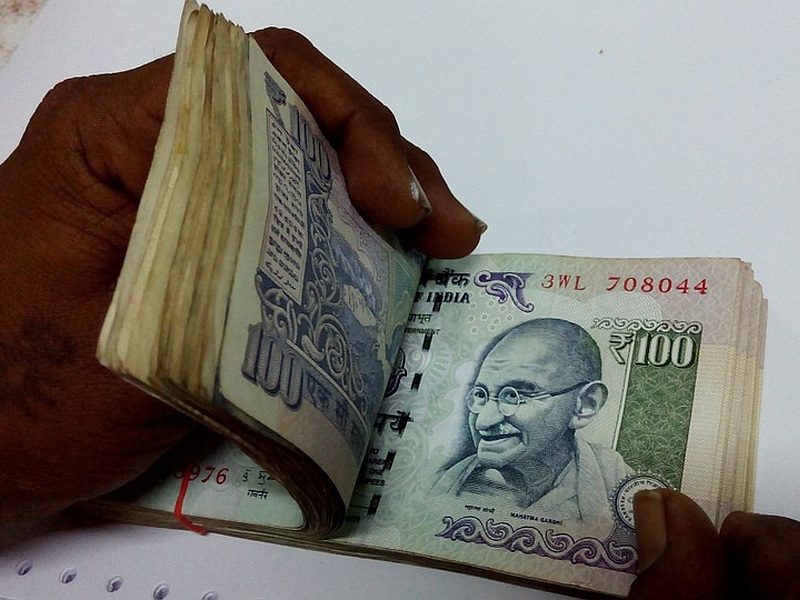 The Aadhaar has been mentioned as supporting infrastructure for the UPI, and the document outlines two services - AEPS (Aadhaar Enabled Payments System) and APB (Aadhaar Payments Bridge) - that sound interesting.

The AEPS would allow Aadhaar biometric information to be used to authenticate payments from your linked bank account - in other words, you could see companies replacing card reader POS terminals with fingerprint readers, to bill you. Of course, the benefits of this are going to be limited in the retail sector - one of the big problems that retailers cite with card readers is the cost required to install and replace the machines.

On the other hand, biometric authentication could be useful in some scenarios, such as when the POS machine is online, but the person who is making the payment doesn't need to be in order to complete the transaction. For example, a bank could use this as a secure method to complete payments at branches, without requiring you to pull out your phone to authorise payment. There could be other institutional uses where this kind of technology could be put to use.

APB meanwhile allows remittances to be made to an Aadhaar number, without providing any other details. This means that instead of sharing your phone number with someone in order to get a remittance, you can see this done with just your Aadhaar number. Apart from that, there are obvious benefits to having this kind of a system in place for government remittances of subsidies and direct benefits, which would use the Aadhaar to identify the recipients in any case.

Interestingly, the same document also talks about Micro-ATMs, where you don't need a card to withdraw money. Instead, using the technologies described above, the payment could be carried out using your Aadhaar number and biometric information as authentication, with the payments being handled by a Business Correspondent i.e. a representative of the financial institution.

In the sample use cases, the document outlines some scenarios such as using the Aadhaar for e-KYC to set up accounts, and then using the UPI and Aadhaar to carry out a remittance; or splitting a bill with a friend by sending a collect request using the UPI API; or shopping on an e-commerce site. The system can also be used to set up ECS payments quite easily.

Looking at this documentation, it's clear that the UPI is going to be used as more than a replacement for mobile wallets - we rather believe that mobile wallets could find it a useful tool that makes them reach a wider audience than before, and allows them to focus on their differentiating factors; whether that's adding new features and use cases, or gamifying payments.

Further reading: AEPS, AP Hota, APB, Aadhaar, Digital Payments, Financial Technology, Fintech, Mobile Payments, Mobile Wallets, NPCI, National Payments Corporation of India, UPI, Unified Payments Interface, Virtual Wallets
Gopal Sathe Email Gopal
Gopal Sathe is the Editor of Gadgets 360. He has covered technology for 15 years. He has written about data use and privacy, and its use in politics. He has also written extensively about the latest devices, video games, and startups in India. Write to gopal@ndtv.com or get in touch on Twitter through his handle @gopalsathe with tips. More
Large Firms, Not Universities, Are the New Startup Garages: Mahindra
App Developers Back Pacific Rim Trade Deal