Amazon Prime Day: How Amazon India Is Preparing for Its Biggest Day of the Year

It's not Diwali or any other festive season, but Amazon is still bullish about attracting a large number of customers across just 36 hours during its Prime Day sale that is kicking off on July 16 in India and a bunch of other countries. This will be the second time that Amazon Prime Day sale is headed to India, an event that will also be hosted in 16 other markets. "This year, we are launching more than 200 brands," says Akshay Sahi, Director and Head of Prime, Amazon India. "We've also spread the universe a little bit as well. We have some of the top brands launching products during this Prime Day. Also, for the first time, we have decided to not make it limited only to big brands - we actually found a lot of regional sellers who are also fairly large and want to get a national presence in terms of launching their new products."

Amazon India is bringing products from local sellers such as Satya Paul and The Chennai Silks to expand its reach. Similarly, the company is enabling startups to use Prime Day as a platform by offering their products through the available Amazon Launchpad platform. "This year's Prime Day is spread across top brands, across sellers, and across startups," Sahi tells Gadgets 360.

What to expect from Amazon Prime Day sale

Unlike a festive season sale, Sahi acclaims that Prime Day is meant to be a celebration in itself. This is the reason the company started its preparations a way ahead of the Prime Day that is set to take place in India from 12 noon on July 16 to midnight the next day. To set the base, Sahi's team launched the monthly subscription of Amazon Prime membership last month. The essential purpose of launching the monthly subscription model is to offer customers the flexibility to try out the Prime service that includes a subscription to Prime Video and Prime Music.

"We still believe that our annual plan is the best value for money," says Sahi, adding, "But what we found out in India was that actually people have different cash flows. People here are much more comfortable taking monthly bills, even though it might be at a slight premium. We also felt that some level of confusion happening in the market where customers were thinking that our price is actually monthly because everybody else has similar pricing but for monthly. This majorly gives customers the flexibility to try out the service for a month before picking it up for a year."

Amazon Prime Day Sale 2018 Starts July 16: Here's How You Can Get the Best Deals

In addition to deals, the Amazon Prime Day will bring a bunch of new content to Prime Video and Prime Music. "We can't do a Prime Day celebration in a country like India where everybody loves entertainment without new movies and video content," Sahi tells Gadgets 360. "We last year launched six titles on Prime Video in six days leading up to Prime Day. Prime members just loved that so much. And this year, we're going to launch seven titles."

When asked about the plans to expand the Prime model by adding Prime Photos and Prime Reading that all exist in the western markets, Sahi says, "We're looking at what our members want and kind of accessing our capability to bring it to India and serve them well. So wait and watch." 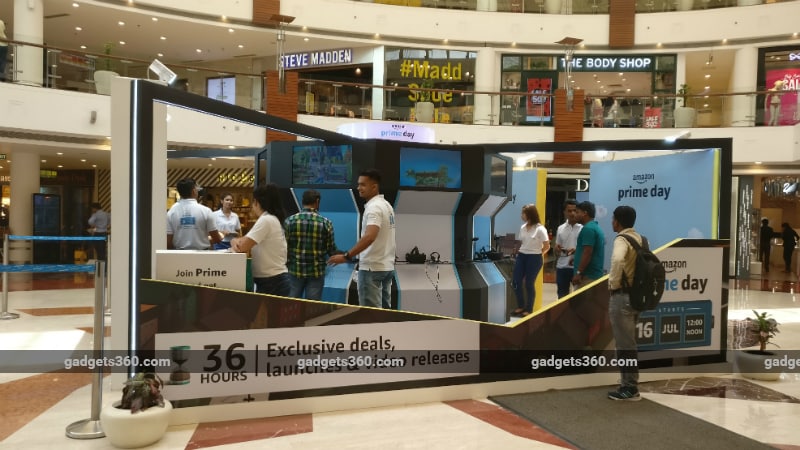 "One of the challenges with online shopping and especially when you're thinking of new product launches that are nowhere in the country is like how do I buy something just like that - without seeing it," says Sahi. "That's the challenge we tried to solve by leveraging VR. This is like a touch-and-try experience now brought a little bit to life. You still can't feel the products, but now you can do everything like picking up the OnePlus 6 and turn it around, opening a Bosch microwave oven and see exactly what it looks like inside, and seeing the latest Marks and Spencer dress being modeled on a hologram to know what it looks like. Besides all that, it's like a huge amount of fun."

In addition to the intuitive product listings, the Experience Zones offer a virtual theatre-like experience where customers can enjoy the trailer of seven Prime Video titles premiering for Prime Day, including Bollywood blockbuster Raazi, and the all-new Amazon Prime Original series Comicstaan. 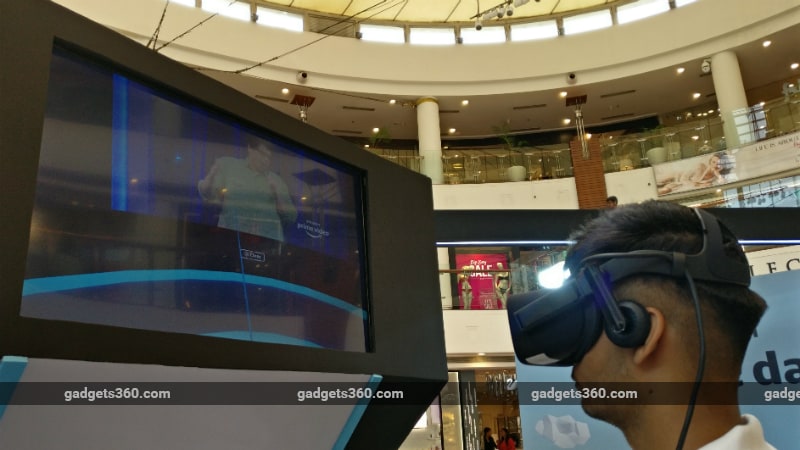 Notably, the experience is not restricted to Prime members, though Prime members do get priority access to the Experience Zones. This indeed makes sense as the new model could convince general customers to sign up for Amazon Prime membership ahead of Prime Day 2018.

Aside from hosting eye-catchy deals and promotional models such as VR-enabled Experience Zones, Amazon has been gearing up on the infrastructure side as well. There are as many as 67 Fulfilment Centres (FCs) in the country with a total storage capability of 20 million cubic feet. Sahi tells Gadgets 360 that the company added 26 FCs in 2018, increasing the network from 41 FCs in 2017 to 67 FCs in 2018. He also claims that the expansion of FCs resulted in a 1.5 times increase in storage capacity from 2017 to 2018.

The expansion in FCs has already enabled Amazon to offer the industry disruptive two-hour delivery through the Prime Now app that was transformed from the Amazon Now app in May. Sahi reveals that several deals and selections from the Amazon India site will also be deployed into Prime Now during this Prime Day to offer faster delivery than ever before, similar to what we saw last week with select Amazon-exclusive smartphones, which are now available with two-hour delivery. "By this way, customers will start enjoying the stuff before the Prime Day gets halfway there," the executive concludes.

Will Amazon Prime Day 2018 sale be bigger than its Diwali sale? We discussed that on Orbital, our weekly technology podcast, which you can subscribe to via Apple Podcasts or RSS, download the episode, or just hit the play button below.

Amazon Prime Day: How Amazon India Is Preparing for Its Biggest Day of the Year
Comment
Read in: தமிழ்