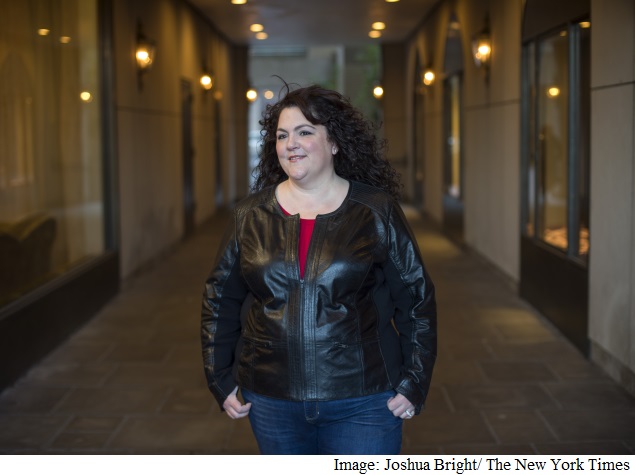 Authors are upset with Amazon. Again.

For much of the last year, mainstream novelists were furious that Amazon was discouraging the sale of some titles in its confrontation with the publisher Hachette over ebooks.

Now self-published writers, who owe much of their audience to the retailer's publishing platform, are unhappy.

One problem is too much competition. But a new complaint is about Kindle Unlimited, a new Amazon subscription service that offers access to 700,000 books - both self-published and traditionally published - for $9.99 a month.

It may bring in readers, but the writers say they earn less. And in interviews and online forums, they have voiced their complaints.

"Six months ago people were quitting their day job, convinced they could make a career out of writing," said Bob Mayer, an ebook consultant and publisher who has written 50 books. "Now people are having to go back to that job or are scraping to get by. That's how quickly things have changed."

For romance and mystery novelists who embraced digital technology, loved chatting up their fans and wrote really, really fast, the last few years have been a golden age. Fiction underwent a boom unseen since the postwar era, when seemingly every liberal arts major set his sights on the Great American Novel.

Now, though, the world has more stories than it needs or wants to pay for. In 2010, Amazon had 600,000 ebooks in its Kindle store. Today it has more than 3 million. The number of books on Smashwords, which distributes self-published writers, grew 20 percent last year. The number of free books rose by one-third.

Revenue from ebooks leveled off in 2013 at $3 billion (roughly Rs. 19,088 crores) after increasing nearly 50 percent in 2012, according to BookStats. But Kindle Unlimited is making the glut worse, some writers say.

The program has the same all-you-can-eat business model as Spotify in music, Netflix in video and the book startups Oyster and Scribd. Consumers feast on these services, which can offer new artists a wider audience than they ever could have found before the digital era.

Some established artists, however, see fewer rewards. Taylor Swift pulled her music off Spotify this fall, saying it was devaluing her art and costing her money. "Valuable things should be paid for," she explained.

Holly Ward, who writes romances under the name H.M. Ward, has much the same complaint about Kindle Unlimited. After two months in the program, she said, her income dropped 75 percent. "I couldn't wait and watch things plummet further," she said on a Kindle discussion board. She immediately left the program. Kindle Unlimited is not mandatory, but writers fear that if they do not participate, their books will not be promoted.

Ward, 37, started self-publishing in 2011 with "Demon Kissed," a paranormal tale for teenagers, and quickly became one of Amazon's breakout successes, selling more than 6 million books, according to her website. She said in an interview that she does not understand what her partner Amazon is thinking.

Amazon, though, may be willing to forgo some income in the short term to create a service that draws readers in and encourages them to buy other items. The books, in that sense, are loss leaders, although the writers take the loss, not Amazon.

An Amazon spokesman declined to answer questions about Kindle Unlimited. While Jeff Bezos, the company's chief executive, celebrated "authors as customers" as recently as his 2013 letter to shareholders, and the retailer tried to enlist independent writers in its campaign against Hachette this summer, some self-published authors are beginning to suspect that they are just another supplier.

"Does Amazon want to become a legacy publisher like we all are fleeing from and they seem to disapprove of?" the horror writer Kathryn Meyer Griffith asked in an online forum, adding, "They're doing a good job of recreating that whole unfair bogus system where they make the money and we authors survive on the pennies that are left."

Some self-published writers are talking about how they need to form a union - telling Amazon "in a united voice that we're not going to lie down and take their terms," as one of them put it.

One major point of contention: Kindle Unlimited generally requires self-published writers to be exclusive, closing off the possibility of sales through Apple, Barnes & Noble and other platforms. (Ward was an exception.)

Amazon usually gives self-published writers 70 percent of what a book earns, which means a novel selling for $4.99 yields $3.50. This is much more than traditional publishers pay, a fact that Amazon frequently points out.

But Kindle Unlimited is less generous, paying a fluctuating amount. In July, the fee for a digital "borrow" was $1.80. It fell to $1.33 in October before rebounding slightly to $1.39 in November.

Since the payment is the same whether the book is long or short, writers are taking the hint. Serial novels and short stories are increasing. Mayer took his $3.99 book about seven failures of technology or leadership and broke it into seven individual Kindle Unlimited volumes covering the Challenger explosion, the Titanic sinking, the massacre at Little Big Horn and so on.

"If you're not an author with a slavish fan following, you're in a lot of trouble," Mayer said. "Everyone already has a ton of things on their Kindle they haven't opened." Complaints about literary overproduction are ancient. "To write and have something published is less and less something special," the French critic Sainte-Beuve wrote in 1839. "Why not me, too? everyone asks."

Still, good material has always found its way to the surface. But the sense of things being too easy now is growing.

"In the old days, you had to type the story on actual paper," said Michael Henderson, a former lawyer now living in Venice, Italy. "Make your changes and retype it, or hire someone to do it. It was a herculean effort to get a 400-page manuscript ready. Now any monkey with a computer can do it in hours. Shazam, everyone is a writer."

Henderson's "Self-Portrait of a Dying Man" came out at the beginning of the month on Amazon. It has sold exactly zero copies. "At one time the real benefit to using Amazon was to leverage their power and scope to sell a few books," he said. "That seems to have vanished. If the only books I sell are through expensive and time-consuming marketing, then I might as well just sell them through my website and keep all the money."

Ward, a native New Yorker who attended a seminary in Texas and now lives in Abilene, is trying to adapt. Her first novel was 500 pages, but some recent volumes average about 100 pages. She says she thinks Amazon will fix Kindle Unlimited for the benefit of writers, but she adds that she doesn't think the retailer - or anyone else - is looking out for her.

"The only person I truly trust with my career is me," she said. "If you hand over your work, it's like dropping your baby in a box and kicking him to the curb. Maybe he'll grow up and be awesome - or maybe he'll get sucked into the sewers and be raised by rats."

"I've started working with four co-authors," she said. "If you're not constantly putting out new material, people forget you're there."