As Trump Tweets, Amazon Seeks to Expand Its Business Empire 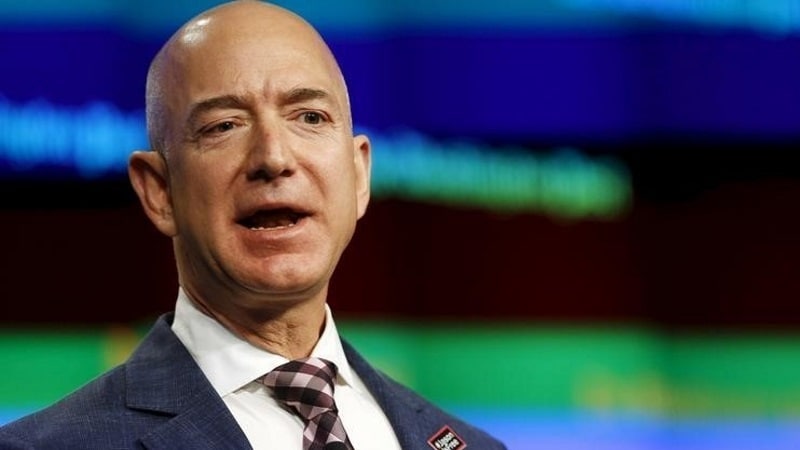 Amazon is spending millions of dollars on lobbying as the global online retailer seeks to expand its reach into a swath of industries that President Donald Trump's broadsides haven't come close to hitting.

Trump's attacks over the last week targeted what Amazon is best known for: rapidly shipping just about any product you can imagine to your door. But the company CEO Jeff Bezos founded more than two decades ago is now a sprawling empire that sells groceries in brick-and-mortar stores, hosts the online services of other companies and federal offices in a network of data centres, and even recently branched into health care.

Amazon relies on a nearly 30-member in-house lobbying team that's four times as large as it was three years ago as well as outside firms to influence the lawmakers and federal regulators who can help determine its success. The outside roster includes a retired congressman from Washington state who was a senior member of the powerful House Appropriations Committee when he stepped down.

Bezos owns the Post. He and the newspaper have previously declared that Bezos isn't involved in any journalistic decisions.

Earlier in the week, Trump alleged that Amazon is bilking the US Postal Service for being its "delivery boy," a doubtful claim about a contract that's actually been judged profitable for the post office. And he has charged that Amazon pays "little or no taxes," a claim that may have merit. Matthew Gardner, a senior fellow at the left-leaning Institute on Taxation and Economic Policy, said in February that Amazon "has built its business model on tax avoidance." Amazon reported $5.6 billion of US profits in 2017 "and didn't pay a dime of federal income taxes on it," according to Gardner.

The company declined to comment on Trump's remarks and did not immediately respond to a request for comment about its lobbying operations.

Amazon has grown rapidly since it launched in 1995 as a site that sold books. It has changed the way people buy paper towels, diapers or just about anything else. And its ambitions go far beyond online shopping: its Alexa voice assistant is in tablets, cars and its Echo devices; it runs the Whole Foods grocery chain; the company produces movies and TV shows and it designs its own brands of furniture and clothing.

The company is in the midst of launching an independent business with JPMorgan Chase and Berkshire Hathaway that is seeking to lower health care costs for employees at the three companies. Given the three players' outsize influence the alliance has the potential to shake up how Americans shop for health care and the initiative sent a shudder through the industry when it was announced in January.

Amazon Web Services is angling for a much larger share of the federal government's market for cloud computing, which allows massive amounts of data to be stored and managed on remote servers. The CIA signed a $600 million deal with Amazon in 2013 to build a system to share secure data across the US intelligence community.

A partner of Amazon Web Services, the Virginia-based Rean Cloud LLC, in February scored what appeared to be a lucrative cloud computing contract from the Pentagon. But the contract, initially projected to be worth as much as $950 million, was scaled back to $65 million after Amazon's competitors complained about the award.

Lobbying disclosure records filed with the House and Senate show Amazon is engaged on a wide variety of other issues, from trade to transportation to telecommunications. The company also lobbied lawmakers and federal agencies on the testing and operation of unmanned aerial vehicles. Amazon has been exploring the use of drones for deliveries, but current federal rules restrict flying beyond the operator's line of sight.

The $15.6 million Amazon spent on lobbying last year was $2.6 million more than in 2016, according to the disclosure records. The bulk of the money - $12.8 million - went for Amazon's in-house lobbying team. The nearly 30-member unit is led by Brian Huseman, who worked previously as chief of staff at the Federal Trade Commission and a Justice Department trial attorney.

As most large corporations do, Amazon also employs outside lobbying firms - as many as 14 in 2017.

In Amazon's corner is former Washington Congressman Norm Dicks of the firm Van Ness Feldman. Dicks was serving as the top Democrat on the House Appropriations Committee when he ended his 36-year congressional career in 2013. He represented the company on information technology matters and "issues related to cloud computing usage by the federal government," according to the records, which show Van Ness Feldman earned $160,000 from Amazon last year.

Amazon brought aboard four new firms in 2017, according to the records. Newcomers Ballard Partners, BGR Government Affairs, Brownstein Hyatt, and McGuireWoods Consulting lobbied for Amazon on transportation, taxes, drones and other issues.