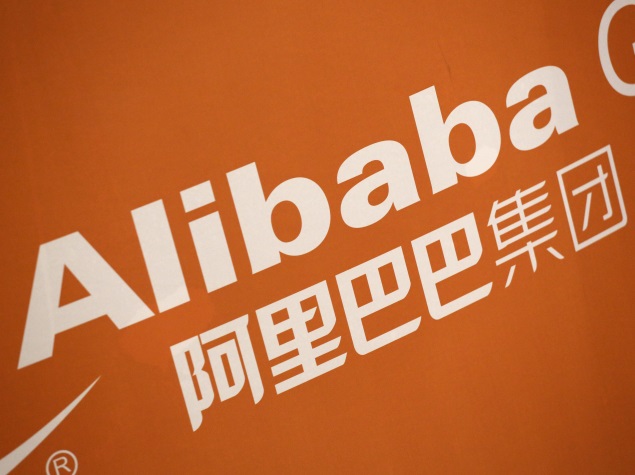 Criticised and even sued by luxury brand Gucci and others for facilitating the counterfeit goods trade, Chinese e-commerce giant Alibaba Group Holding Ltd has been quietly piloting a scheme to try to curb fakes at source.

In the coastal city of Putian, in Fujian province, Alibaba is working with 17 shoe manufacturers to cultivate home-grown brands online, revitalise a flagging industry and offer would-be counterfeiters an alternative source of livelihood.

Critics say the scheme is misguided and Alibaba should instead focus on scrubbing its online marketplaces of widespread listings of fakes.

But the "Made in China" plan speaks to what proponents say is one of the reasons why there's been only limited progress in the battle against fake goods in China: a lack of attractive alternatives for those making and hawking goods that infringe on others' intellectual property rights.

"You can crack down forever and never see an end to it," said Song Zonghu, who once peddled counterfeit name-brand sneakers and now runs Shuangwei Sporting Goods Co Ltd, one of the firms in the Alibaba programme. "Creating new opportunities while cracking down is the way to go. Everybody has to eat."

Ni Liang, Alibaba's senior director of Internet security, says the scheme is a key anti-counterfeit initiative this year. The group plans to expand it to household electronics, toys, bags and other industries, hoping that by building local brands, small manufacturers will turn away from fakes and serve a legitimate sector.

Logistics hub
Putian is the epicenter of China's high-quality fake sneaker business, a byproduct of a legitimate footwear industry that employs a tenth of the city's 3 million people. Copies of Nike, Adidas, New Balance and other brand-name shoes made here are hard to distinguish from the real deal, but sell for a fraction of the price.

The municipal government has cracked down on fakes, arresting 156 people and confiscating about 2 million pairs of counterfeit footwear since 2014, said Wu Haiduan, director of the Putian e-commerce office. He declined to give an estimate of the overall size of the industry, but a grid of Putian's sleepy daytime streets near government offices comes alive at night, offering hints as to the scale of the issue.

Hundreds of scooters ferry shoes as runners duck in and out of off-brand storefronts or apartment blocks to fetch more boxes. Sellers check each shoe for blemishes, wielding scissors or cigarette lighters to eliminate stray threads and pencil erasers to clean the foam midsoles. Fake certificates and phony credit card receipts are tucked in with the shoes.

Dozens of curbside courier services then wrap and stack the boxes ready to be trucked out by daybreak.

Sneakers are just the start.

"We've received more than 60 requests from other industries," said Jeff Zhang, head of Alibaba's domestic retail marketplaces, which include the Taobao and Tmall shopping sites.

For most, the hope is that Alibaba can help re-tool local industry in the face of rising costs and shrinking overseas orders. "They're all looking for a model that can help them upgrade their local manufacturing," said Zhang.

Song, the businessman, sees the Alibaba scheme as an economic lifeline, and says the future of his Siweiqi brand canvas shoes, which resemble Converse All-Stars, depends on continued support with sales promotions and exposure. "What we've seen so far is just a signal," he said.

A sales bump is one thing, but building a successful brand is quite another, said Shaun Rein, managing director at marketing firm CMR China. "It's kind of unlikely to be successful because it's not so easy just to create a brand out of nowhere," he said. "For Alibaba, the key is to make a show that they're trying to crack down on fakes," he added, noting the company takes a cut on all sales - fake or legitimate.

The American Apparel & Footwear Association, which has lobbied the U.S. government to put pressure on Alibaba, says the company should focus on making it easier for brands to get listings of fake products taken off Alibaba websites.

"The programmes that are going to be the most effective for us are going to be those that really address removing these products from the site," said AAFA Executive Vice President Steve Lamar, adding that progress has been very slow.

Alibaba removed 12 million product listings last year following complaints from brands, Ni said. He defended the takedown procedures, which critics say are cumbersome, saying that about 40 percent of suspected listings in brand complaints turned out to be genuine or impossible to confirm as fake.

Standing by a motorcycle laden with Nike and Adidas boxes in Putian, Xiao Zhen says business ebbs and flows with the cycle of crackdowns, but won't dry up any time soon - even if Alibaba can help boost a few successful home-grown brands.

"If everyone could afford famous shoe brands there wouldn't be anyone making fakes," she said.

Tech Investors See the Froth, but None Dare Call It a Bubble
Teewe 2 Review: Plug and Play Streaming Media Player