How AI Is Helping Advertisers and Marketers Generate Digital Content

According to a recent study, the global market for artificial intelligence in advertising is likely to grow by 9 times between 2020 and 2028. 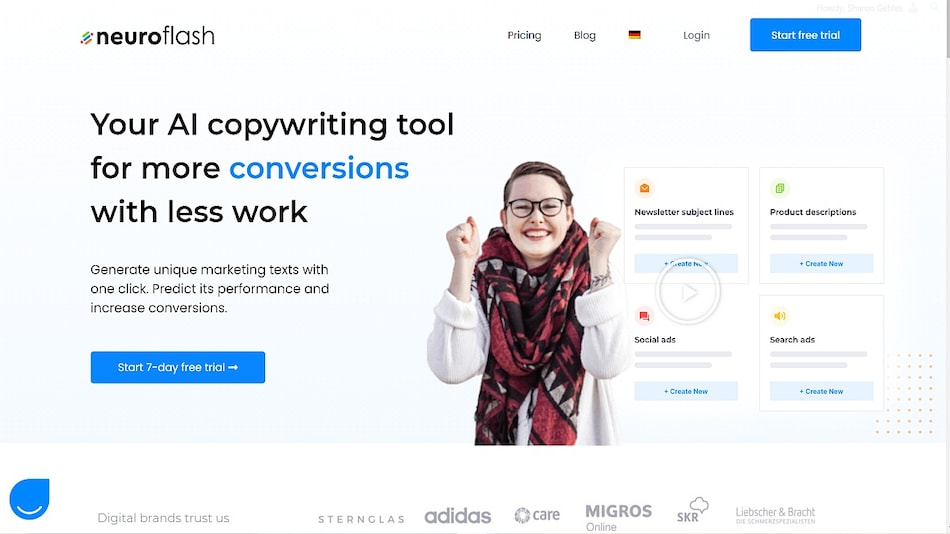 The use of artificial intelligence (AI) is growing at a rapid pace. From medical research to self-driving cars, it's one of the most sought-after technologies. AI is also being widely adopted by marketing and advertising firms to track the trend in consumer behaviour and pitch products accordingly. For example, advertising firms are increasingly generating slogans and shaping messages that are appealing to consumers. These are based on AI models that try to gauge what the target audience wants. Some AI tools are even capable of predicting what consumer behaviour would likely be during the next 24 hours.

A report published in Research and Markets, an online market research store, states that many companies and advertising agencies usually focus on social media platforms and thousands of other online sources to determine user behaviour. Using those patterns, AI predicts signs of what is going to be popular in a particular market or demography and helps companies plan their next move.

Using AI, a newsroom or brand content generator can look at a specific audience and predict where they are going to invest their time and energy in the near future. The content provider can then plan accordingly.

An Axios report detailed how AI is shaping messaging in the digital world, citing the example of neuroflash, a Germany-based marketing company that uses AI to generate slogans, email subject lines, and social media language. The report also cites a study by Gartner that predicts that by 2022, more than 30 percent of digital content will be created with the help of AI.

Neuroflash was used to find a slogan for a roughly 150-word brief for a weekly newsletter to be published in the outlet. The user inserted a few keywords — like "future," "artificial intelligence" and "journalism" — and the US market as the focus area. The tool threw some interesting slogans.

Neuroflash Chief Marketing Officer Henrik Roth said the tool generates options to choose from and humans can then use editorial judgment to pick the best ones, as quoted by Axios.

However, not everyone is very optimistic about AI generating content. Some say it's okay to let AI give the general predictions about the market but production should be done mechanically. Rory Sutherland, a vice chairman at the advertising firm Ogilvy, compared AI recently to satellite navigation tech in a car. “Great for directions, but you don't allow it to drive the car,” he was quoted as saying in a report in BBC.

He added that he was worried people would give AI more power than it deserved in an attempt to automate things.

OPPO Aims to Strengthen Its Customer Centricity Approach, Expand Its Network to 600 After Sales Service Centre by 2022
Netflix Unveils 42 Original Movies for the Rest of 2021, Indian Titles to Come