After RBI's Latest Move, Is Bitcoin Dead in India?

Last week, the Reserve Bank of India (RBI) released a statement that regulated entities such as banks are not to do business with any entities that deal in virtual currencies like Bitcoins. It stated that virtual currencies raise concerns of consumer protection, market integrity, and money laundering, and so entities regulated by the RBI shall not deal with individuals or businesses dealing with virtual currencies.

This is in line with earlier announcements - as early as September last year, before the Bitcoin surge, the RBI had said that it is not comfortable with Bitcoin. More recently, at the start of the year Finance Minister Jaitley had said that Bitcoin is not legal tender in India, and the Finance Ministry had likened cryptocurrencies to Ponzi schemes.

Around the same time, HDFC Bank emailed its users to say that HDFC credit, debit, and prepaid cards cannot be used for the purchase or trade of Bitcoins and other cryptocurrencies/ virtual currencies. As part of his Budget speech this year, Finance Minister Arun Jaitley explicitly reiterated that cryptocurrencies are not legal tender, saying that their use "as part of the payment system" will be eliminated.

With the RBI's statement it appears that this is happening, and on Friday, a day after the statement was released, Yes Bank also emailed its customers saying the use of Yes Bank cards to purchase or trade in cryptocurrencies is prohibited.

But there are a number of sites in the country that are selling Bitcoins in India. What will happen next for them? Gadgets 360 reached out to all the top companies in this space, and as yet, have received only one on-the-record response.

"The untimely directive from RBI admonishing the banks to settle their partnership with digital currencies players has definitely jolted the market," said Rahul Raj, CEO and co-founder Koinex. "Such an uncanny move surely impacts the market as we saw a fall in token values and also a significant dip in daily trade volume. However the RBI has given banks a time frame to honour all pending settlements and this time essentially is also for crypto-industry players to initiate a dialogue with the regulators and realign the strategic approach because we feel a regulated framework will be better than a ring fencing approach.” 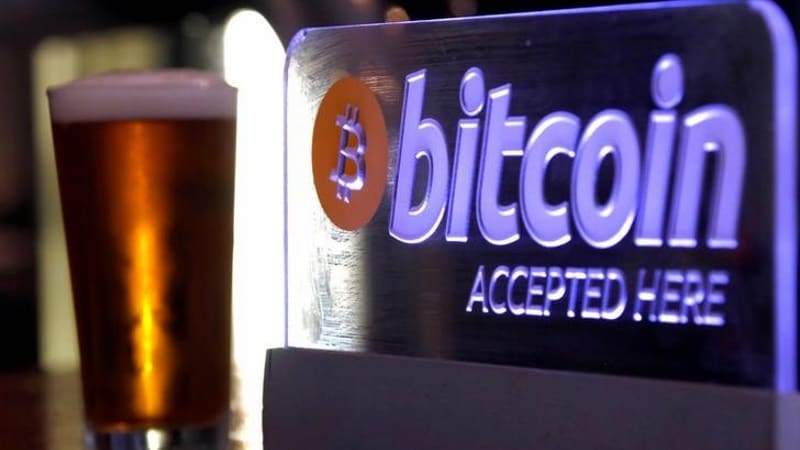 An employee at one of the major Bitcoin exchanges in India also spoke to us on the request of anonymity, and gave a less diplomatic response.

"This isn't really a big surprise, but it is definitely stupid," she said, when asked for a reaction to the RBI's latest move. "The government has been after us, and the bank guys have been after us. They're doing all the fraud in the world, but they say that Bitcoin is only for illegal uses. In January, the banks froze our accounts, the Income Tax guys froze us for a couple of days, and there's been social media attacks to scare people away from crypto. We're all figuring out how we can work, but Bitcoin is not illegal."

It might not be illegal, but given the current scenario, it's the next worst thing for people who have put money into cryptocurrencies.

"A few banks have already been blocking netbanking and card transactions proactively over the last few months - this notice will likely mandate all of them to stop any deposits and withdrawals to and from the crypto-exchanges," said Siddharth Devnani, a Bitcoin watcher heading the finance and technology for a digital communications organisation, SoCheers.

"This notice is almost like a full ban on these exchanges," Devnani continued. "Peer to peer sites and some other groups exist which will take over this vacuum and many more platforms for trading will be created which will be under the radar or offshore."

"These will be completely unregulated causing even further possibilities of security failures, fraud and money laundering," he added. "Wouldn't it be in the government and the citizens' interest to regulate the existing exchanges, and ensuring full KYC and AML [Anti Money Laundering]?"

The use of cash is obviously not being tracked, and there are exchanges for physical trades, which will likely see greater usage. The risk of fraud - and the logistical challenges - are certainly higher in those, but if there's enough possibility of profit, people will certainly turn to these methods.

"This move from the regulators raises many concerns for traders who were looking at long term investments and also there is risk of 'small trade' as users will try and sell out their assets for cash, or under the table dealings which will be difficult to track and it might also encourage illicit trade practice and black market,” said Coinex’s Raj. "We are hopeful that we will able to partner with the government and design a more strategic and inclusive approach."

With that said, there are those who agree with the RBI's decision.

"Recent emergence of cryptocurrency have certainly given a silver lining for some of the huge problems which exist in today’s banking, but I fully agree that unregulated use of this tool will create a lot of issues," said Kumar Gaurav, Founder and CEO of Cashaa, a blockchain-powered forex platform.

"Also the initial companies involved in crypto had not done a very good job in following some of the standards for KYC and AML, which created an impression that entire industry is bad," he continued. "I would say such ignorance will endanger the technological growth, and would suggest officials to take a reference from developed economy and come up with more progressive view point, which can do sustainable growth but not promote illegal activities."

Paytm founder Vijay Shekhar Sharma praised the statement in a now-deleted tweet, though he added that companies should still look to leverage blockchain, the underlying technology behind Bitcoin. This is a view that may be popular with bankers - although no bank offered an on-the-record comment either, a senior employee at a private bank told Gadgets 360 that the decision to block Bitcoin was welcomed.

"There was too much volatility," he said. "It was like legal gambling. Someone needed to step in. Blockchain is really great, we're doing some really interesting stuff with it, but a lot of people were misusing Bitcoin and the other coins."

Further reading: Bitcoin, Bitcoin Exchanges, Cryptocurrecy, Virtual currencies, koinex, Yes Bank, HDFC Bank, RBI
Gopal Sathe Email Gopal
Gopal Sathe is the Editor of Gadgets 360. He has covered technology for 15 years. He has written about data use and privacy, and its use in politics. He has also written extensively about the latest devices, video games, and startups in India. Write to gopal@ndtv.com or get in touch on Twitter through his handle @gopalsathe with tips. More
OnePlus 6 Leaked Renders Show Blue, White, and Black Colour Variants
Mark Zuckerberg Said to Meet US Lawmakers on Monday