After a Few False Starts, ZoomCar Says It's Ready to Hit the Accelerator

Over the last four years, Bengaluru-based ZoomCar has grown steadily in the self-driven car space. That's not the same as self-driving or autonomous cars - self-driven cars are rented cars that you drive yourself. That being said, the growth hasn't always been in line with the company's plans.

Although ZoomCar has aimed to grow its fleet to double-digit thousands for more than a couple of years now, so far, it has failed to achieve its target. However, CEO Greg Moran believes the company will finally get there this year thanks to its car co-buying program called ZAP.

With this program, ZoomCar aims to get individuals to buy cars and put them on on ZoomCar to help earn a little money when the cars aren't in use. The "Associates" buy the cars up-front - ZoomCar has a list of vehicles that are allowed on the platform, and it has tie ups with most of the OEMs to help you get a discount on the price, and can simplify the process of financing the cars, though the amount varies with manufacturers and car models. Aside from this discount, ZoomCar also helps with the car insurance, but it doesn't put up any money up front, or offer any minimum guarantees on monthly earnings.

The rental fees from the car - which are split 75-25 between the customer and ZoomCar - help reduce the cost of owning the car, Moran claims. "For an associate, it would be quite easy to make around Rs. 5,000 to Rs. 15,000 a month as profit, just giving your car out when you're not using it," he says. 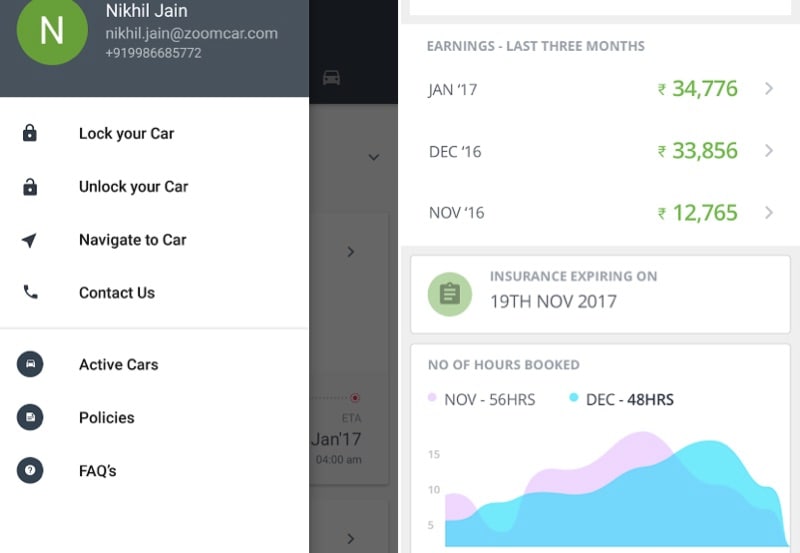 These cars, which will have commercial registrations (with black number plates) will stay with the associates and be rented out only when they're not in use - the associates set timings using an app on their phones. During other times, the associates are free to use the cars as they please.

The last time we met ZoomCar, the company had just announced its IoT push. This week, ZoomCar announced that this IoT platform - now called Cadabra - is live, and ready to be deployed with all the new cars that it adds to its fleet. Moran believes the increased transparency that this will enable will convince more people to sign up as associates.

How will it work?
Cadabra is a black box-like device that's installed inside a car, which allows ZoomCar - and the associates renting out their cars - to see a lot of useful data and analytics, about the car's health, fuel consumption, etc. It also enables functions such as keyless entry for those renting out the car.

"When you are booking a car, you will see its location in the app, go to it and unlock it through the app, and start driving, without having to talk to anybody," explains Moran.

"We used a mix of off-the shelf products and some proprietary things we developed in house," explains Rajesh Bysani, ZoomCar's Chief Product Officer, "and this has to be installed into the car. Since we only accept new cars as partners, that isn't a problem, we go to the OEM and they do the installation."

"We've shortlisted OEM partners and worked with just about everyone," Moran adds, "and we've trained the OEM guys on what they need to do. It's pretty simple stuff and they probably understand the electrical part of things better than we do, so it usually doesn't take more than a one hour session to have the OEM ready to install the Cadabra kit." 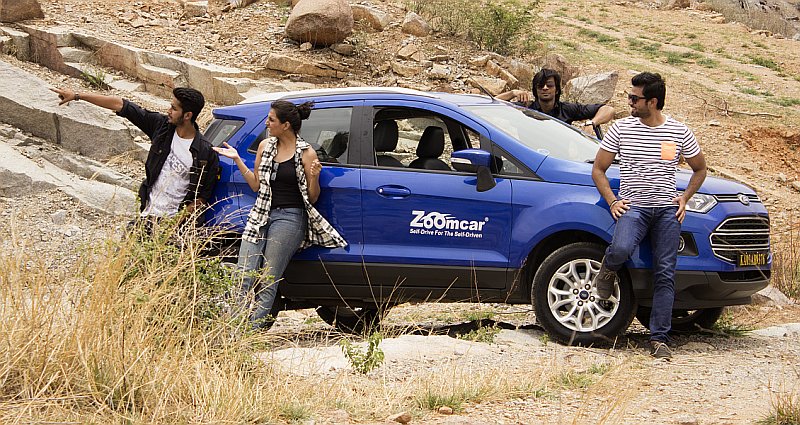 ZAP associates can use an app that gets data from Cadabra in order to track all sorts of data about the car. You can see the earnings, along with fuel efficiency, and you can also see other data such as the condition of the brakes, clutch, and engine. You can see a graph of the car health, and a basic checklist of physical damage.

ZoomCar itself gets even more data, including adherence of customers to speed limits, the car's location in real time, and much more. All this data goes into building your profile as a customer, and in turn affects the cars you'll get to hire out. This way, associates don't have to worry about damage to their cars, Moran says, and with this assurance, more people are likely to offer their cars on rent, he adds.

Moran stresses that the idea behind Cadabra is to help convince individuals to sign up their cars although looking at ZAP, you could also make the case for businesses who might choose to build a fleet, as an investment. Moran didn't rule this out, but says the company's focus is on individuals. 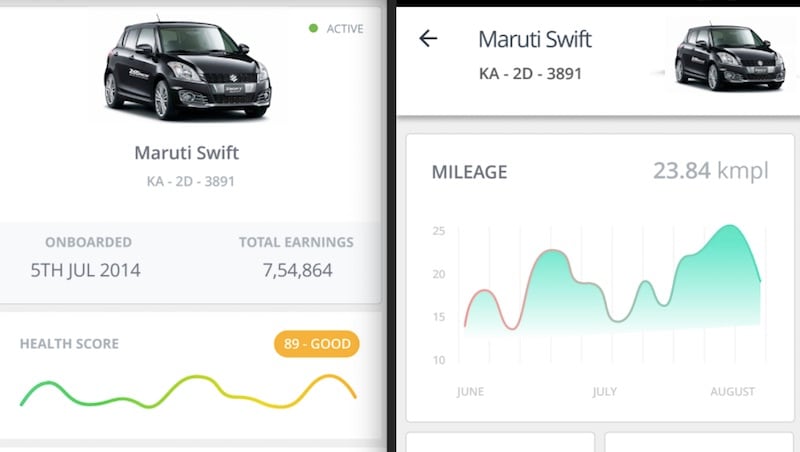 "Leasing cars [directly by ZoomCar] takes a very long time," Moran says, "there's a lot of paperwork and the leasing companies are very slow to deploy. They're not seeing the opportunity here." This, he says, is what has led to supply-constraints for ZoomCar, and he believes that the new model can help numbers to shoot up.

"We're already unit-economics positive," Moran adds, "and at the city level [but not the corporate level] we're profitable. So this isn't about saving money."

In the last few months, ZoomCar has grown to 14 cities and Moran is hoping to end the year with 14 more. He's also positive the company will have 10,000 cars on the platform this year, and 20,000 the year after. It's a familiar target at this point, but if Cadabra is a convincing enough proposition for car owners to sign up as an associate, ZoomCar might really take off in 2017.

Further reading: Zoomcar, ZoomCar ZAP, ZoomCar Cadabra, IoT, Internet of Things, Connected Car
Gopal Sathe Email Gopal Gopal Sathe is the Editor of Gadgets 360. He has covered technology for 15 years. He has written about data use and privacy, and its use in politics. He has also written extensively about the latest devices, video games, and startups in India. Write to gopal@ndtv.com or get in touch on Twitter through his handle @gopalsathe with tips. More
Amazon CEO Jeff Bezos Reportedly Buys $23 Million Home in Washington DC

After a Few False Starts, ZoomCar Says It's Ready to Hit the Accelerator
Comment