One of the most talked about trends these days is the growth of big data and artificial intelligence. In many cases, the two go hand in hand, and have already made an impact in a number of fields - from medicine and government, to e-commerce and fashion. This is equally true in the BFSI (Banking, Financial Services, and Insurance) space, according to a number of startups that spoke to Gadgets 360 over the last month.

"One of the key changes that has taken place over the last few years is the identifying of data points as a big disruption," said Som Sagar, co-founder at Heckyl, a market analysis platform for investors, traders, and researchers. "Little data points could impact your analysis. For example, SIAM publishes data on cars registered and other data. How would that impact a company? How would a decision by a regulatory body impact the industry? All of this gives us data points, and there is a data explosion right now."

Banking is one of the areas where there's a lot of scope for change, said Ravi Shankar, who has worked in the industry for the last 18 years, and is the founder of Active.ai, a Singapore-based startup with an innovation centre in Bengaluru. The company uses AI to deliver a number of capabilities for banks, bringing in automation, NLP for conversation, and support for IoT.

"We saw a problem in the banking industry. If you want to access a bank, you have to go where the bank asks you to come - branch, call centre, apps," said Shankar. "If you don't have the bank's app, where do you go? But every thing you do in life is messaging, it's the most unstructured way of doing things. Use NLP [natural language processing] and ML [machine learning] to break down the conversation and simplify. Not only do the conversation, but deeply connected the back end." Active.ai is working with Axis bank in India, and also banks North America and South East Asia, Shankar told Gadgets 360. "Today, banks are opening up to working with startups for technology, and not just Oracle, or Infosys," he added.

Another AI startup that has been working closely with the BFSI sector is vPhrase, a data insights and visualisation company. Founded by Neerav Parekh, the company works to solve problems with understanding data. "Ideally, the report should tell you what happened, why, and what needs to be done next," he said. "So we're creating reports to draw out the insights, and communicate it in words. We're working with HDFC, Kotak, and a number of others now."

"Banks can use this to send you a statement instead of just a table of data; they can provide a covering letter explaining the data," he added. "This is personalised in local language as well. There are also using this to improve the reports to their own people."

These are some of the ways in which AI-based startups are streamlining processes for banks and other financial companies. The tools that these startups offer can help financial institutions to get up to date, and offer smarter services, with more points of connect for their customers.

Beyond banking insights
But that's not the only way that technology is making a difference in these institutions. Energy management startup Zenatix told Gadgets 360 how it uses IOT technologies to save banks huge amounts of money every month. 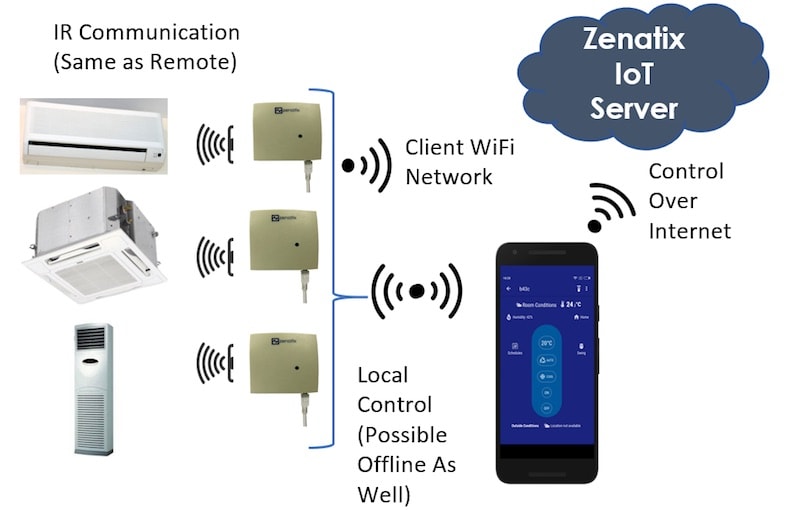 "There are 2.5 lakh ATMs, and 50,000 bank branches around the country. One ATM consumes around Rs. 10,000 worth of energy per month," a spokesperson of the company explained. "So let's say SBI has a Rs. 60 crore electric bill as a line item. We help them to reduce their energy spend across their distributed infrastructure, and predictive maintenance. We help them identify where is the wastage, and how much."

To do this, the company uses a device called the WattMan power manager, which is installed in ATMs. It contains a number of sensors, for temperature, energy use, and so on, uploading data on a connected platform to reduce energy consumption.

"Think of an ATM - they say don't print the receipt and be green," he added. "But they're running three Acs, wasting electricity. We can now intelligently control the device usage via IoT. We can also do ATM maintenance. Many problems can be solved with just a reboot, which we can trigger remotely."

Further reading: AI, IoT, Banking, BFSI, Active.ai, Heckyl, Zenatix
Gopal Sathe Email Gopal Gopal Sathe is the Editor of Gadgets 360. He has covered technology for 15 years. He has written about data use and privacy, and its use in politics. He has also written extensively about the latest devices, video games, and startups in India. Write to gopal@ndtv.com or get in touch on Twitter through his handle @gopalsathe with tips. More
Finn Jones Says Iron Fist Critics Are Just 'Noise on the Internet'