802.11ax Promises the End of Slow Wi-Fi, Even at Public Places 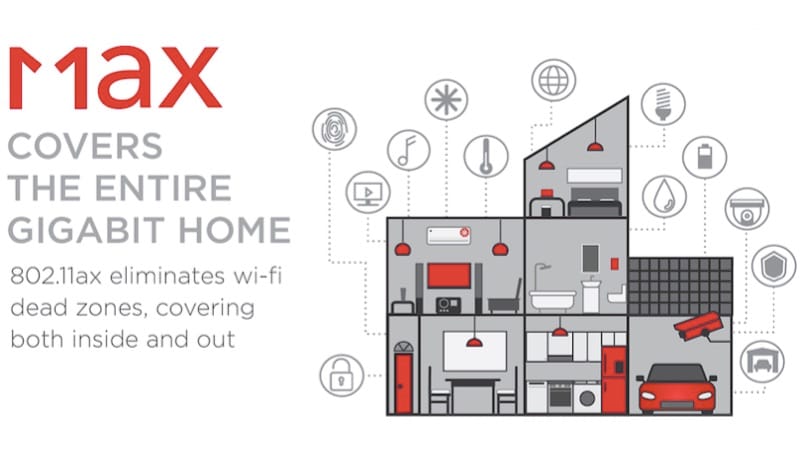 At CES 2018 we got a chance to look at some new Wi-Fi routers supporting the latest standard, 802.11ax. The new routers from D-Link support speeds of up to 11000Mbps overall, and will be released in the second half of 2018. Asus also unveiled a new dual-band router, the RT-AX88U, which supports 802.11ax wireless standards, and offers speeds up to 6000Mbps. The Wi-Fi Alliance is working on the emerging standard, which is designed to support multiple access points across larger areas, and to help manage prioritisation across multiple devices on Wi-Fi networks. But while 802.11ax is starting to roll out this year, it's going to take some time before it goes truly mainstream, and will likely not see much traction until 2019.

Gadgets 360 got a chance to talk to Nitin Madan, Product Line Manager at Broadcom, who explained why the rollout of 802.11ax is significant, and what impact it could have.

"Think about it like the move from 3G to 4G, it's [the move to 802.11ax] going to be disruptive in that sense," Madan tells us. "Right now, at home, your Wi-Fi connection might be pretty good, but outside we all have bad Wi-Fi experiences. In airports, shopping malls, even dense apartment complexes where your neighbour's Wi-Fi is going through your house and affecting the signal… you often don't get good connectivity."

The problem, Madan explains, is that with our existing Wi-Fi connections, every device is given the same priority on the signal. This means that if you have some devices that are slow, it reduces the whole signal to that speed. With the 802.11ax protocol, he explains, it's possible to have multiple devices operating at their respective top speeds.

"Imagine that you're on a one lane road," says Madan. "There's a bicycle, and a Ferrari. And the bicycle is in front of the Ferrari. Now, the Ferrari is behind the bicycle, so it's stuck at the bicycle's speed. With ax, we use a technology called OFDMA [Orthogonal Frequency-Division Multiple Access] that allows you to have fast lanes and to allow everyone to talk at the same time."

This is important in scenarios such as airports and other public Wi-Fi, where some bad connections can affect everyone on the network, but it also matters in the house. The number of connected devices at home has grown tremendously in just a few years. From having just one computer online, we've gone to having laptops, phones, and most of all, smart home products all connected to the Wi-Fi all the time. And this last category in particular can cause bad Wi-Fi experiences. "In this analogy, the bicycle is IoT devices," says Madan. "By allowing the additional lanes, you allow the overall connection to get much faster. It makes a huge difference in average throughput, not peak throughput."

According to a Flurry analytics study cited by Broadcom, 80 percent of mobile traffic is on Wi-Fi. The Wi-Fi Alliance estimates that 15 billion Wi-Fi connected devices were shipped in 2016. That's a lot of devices connected to the same network, and according to Madan, this is exactly what 802.11ax helps address.

That said, it's going to take some time to roll out - the infrastructure takes time, and until that happens, your phone or laptop likely won't support that standard either. "Whenever there is a new technology there is a bit of a disconnect," says Madan. "That's why around CES you had new routers launching, later in 2018 you'll see enterprise hardware launching. Then mobiles will come out in early 2019."

By the time all these pieces are in place, the experience users will have on their devices should change tremendously. According to Madan, the technology could be used by telecom providers, and it could also be used to improve the experience on public Wi-Fi deployments. Most of all though, Madan tells us that 802.11ax will make a big difference for IoT devices.

"Wi-Fi traffic is increasing, and the pattern is changing," he says. "Earlier, it used to be all download but now upload is also important. In this scenario, when you also have things like your thermostat and your fridge talking to a base station in your local network, you need something better. I think that Wi-Fi is an amazing technology, but it is broken in signal dense environments. And that is exactly what [802.11]ax can solve."