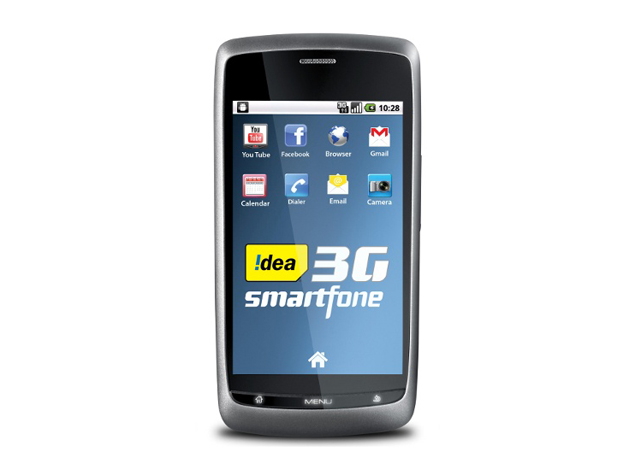 Idea Blade mobile was launched in November 2011. The phone comes with a 3.50-inch touchscreen display with a resolution of 480x800 pixels. Idea Blade is powered by a 600 MHz one-core Qualcomm Snapdragon S1 (MSM7227) processor. It comes with 512MB of RAM. The Idea Blade runs Android 2.2 and is powered by a 1250mAh removable battery.

As far as the cameras are concerned, the Idea Blade on the rear packs 3.2-megapixel camera.

The Idea Blade runs Froyo is based on Android 2.2 and packs 150MB of inbuilt storage that can be expanded via microSD card (up to 32GB). The Idea Blade is a dual-SIM (GSM and GSM) mobile that accepts Regular and Regular cards. The Idea Blade measures 116.00 x 56.50 x 11.80mm (height x width x thickness) and weighs 130.00 grams. It was launched in Grey colour.

Connectivity options on the Idea Blade include Wi-Fi, GPS, Bluetooth v2.10, FM radio, and 3G. Sensors on the phone include accelerometer, proximity sensor, and compass/ magnetometer.