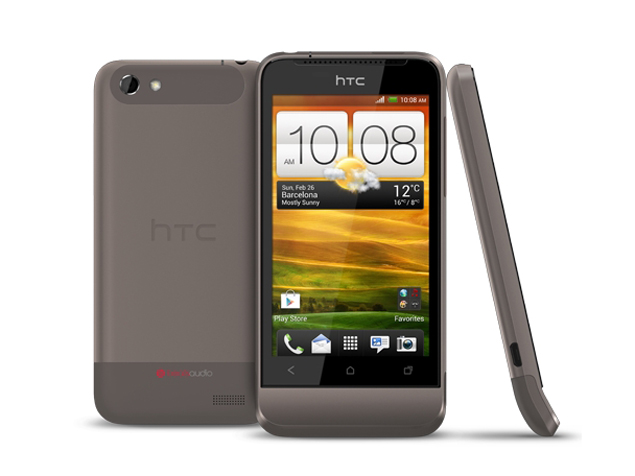 HTC made a big splash at the Mobile World Congress this year when it showcased three new devices under its HTC One umbrella, namely the One X, One S and One V. The One V is the second device in the series to be launched in the country. Priced at Rs. 19,399, the smartphone draws attention thanks to its protruding chin design, which is reminiscent of the HTC Legend. Unlike its elder siblings the One S and the One X, the device sports a comparably smaller 3.7-inch display, which isn't necessarily a bad thing. But is the device worthy of all the attention? We take a look.

HTC One V mobile was launched in February 2012. The phone comes with a 3.70-inch touchscreen display with a resolution of 480x800 pixels at a pixel density of 252 pixels per inch (ppi). HTC One V is powered by a 1GHz one-core Qualcomm Snapdragon S2 processor. It comes with 512MB of RAM. The HTC One V runs Android 4.0 and is powered by a 1500mAh non-removable battery.

As far as the cameras are concerned, the HTC One V on the rear packs 5-megapixel camera.

Connectivity options on the HTC One V include Wi-Fi, GPS, Bluetooth v4.00, FM radioWi-Fi Direct, and 3G. Sensors on the phone include accelerometer, ambient light sensor, gyroscope, and proximity sensor.